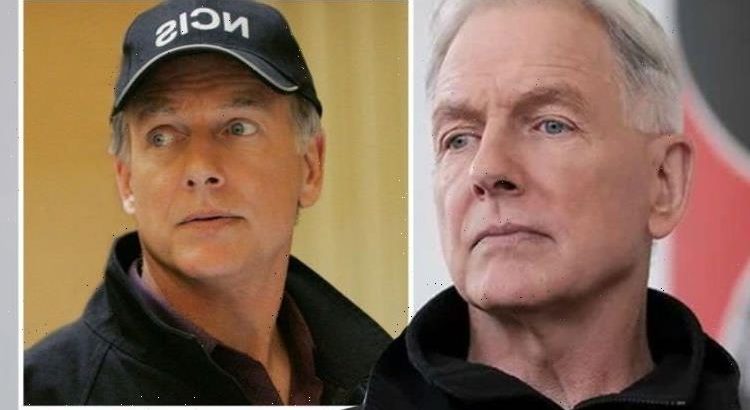 Agent Leroy Jethro Gibbs (played by Mark Harmon) is one of four original character still featuring in episodes of NCIS. The conclusion of season 18, however, left fans of the CBS drama to wonder if this could be the beginning of the end for the beloved character. Executive producer Steven D Binder has now detailed what he has in store for the criminal investigator but is Gibbs leaving the show for good?

What happened to Agent Gibbs?

Towards the end of season 18, Gibbs was suspended after he got deeply involved in a case where a man was killing dogs.

Instead of arresting the culprit, Gibbs viciously assaulted the man and he eventually pressed charges against the beloved character.

Gibbs was arrested and without a leader, his team found some incriminating evidence the criminal was the leader of a dog-fighting ring.

It was Timothy McGee (Sean Murray), who helped get his boss off the charges as he was wearing a prototype body camera which captured the whole attack.

After the dog-fighting culprit was apprehended, Director Leon Vance (Rocky Carroll), said Gibbs could have his job back if he apologised for his unprofessionalism.

With Gibbs reluctant to show any remorse to the man he had beaten up, Vance wanted to make his colleague understood the consequences of his actions.

Gibbs was suspended indefinitely until a time he felt he was ready to apologise to the man he attacked and it seemed the beloved character was leaving the team for good.

Gibbs was also on a boat which exploded in the closing moments of season 18 and this led some to think he was dead but the beloved character was seen swimming away from the scene just before the credits rolled.

Fans have been concerned about what was going to happen to Gibbs, with one writing on Twitter: “I really liked the show since it began, but now with the changes happening slowly over the last season up until the end, isn’t time to put this to sleep? I can’t see it doing too well next season, especially without Gibbs all the time.”

Another added: “If we are seeing a Gibbs exit, the writers need to either find Gibbs a wife and retire in peace or let him go on his shield, making the ultimate sacrifice…no other way #NCIS.”

There have been multiple reports suggesting the actor who plays Gibbs, Mark, had quit the show or he was only going to appear in a handful of episodes after season 18.

However, executive producer Steven has explained this is not the case as he said: “A lot of things are reported on this show that isn’t necessarily true.

“What we’re trying to focus on right now is telling the best stories we can with the characters we have — and Gibbs is a part of that world.

“And I think we’re doing a pretty good job with that,” he declared to TV Line before going on to speak about Gibbs’ future on the show.

Season 19 will begin with Gibbs trying to track down a serial killer on his own and without the help of his team.

However, as the case intensifies, it seems his colleagues will be brought back into the fold to provide some assistance.

Speaking of the part he plays in the show since 2014, Mark identified himself as one of the pillars holding the drama together.

As well as himself, Pauley Perrette who played Abby Sciuto, David McCallum who plays Ducky Mallard and Sean Murray who plays McGee, are the strongholds of the show.

The actor explained: “I think as long as you keep the creative group together…there are four actors that have been there from the very beginning.

“There’s certainly a core principle of this show both creatively and behind the camera,” he explained to Larry King on his late-night talk show.

With Pauley having quit her role in 2018 after 15 seasons, there are now three original characters who remain.

Fans need not fear as it seems Gibbs will be sticking around for some time to come and there is a lot more drama in store.

NCIS season 19 will premiere on Monday, September 20 on CBS.