The Bachelorette star Becca Kufrin is a single woman – at least for now.

The former Bachelorette lead announced in September that she and Garrett Yrigoyen had decided to end their engagement after three years.

They split up partially due to their differing views on social issues, including the Black Lives Matter movement.

Becca revealed on her podcast The Bachelor Happy Hour that Garrett supported the “Blue Lives Matter” movement, which supported police officers and opposed Black Lives Matter. She explained that Garrett had lost a friend to gun violence, which shaped his views.

But now, Becca is a single woman and she may have her eyes on someone else from Bachelor Nation.

There is a new rumor that Becca may be eyeing Blake Horstmann from Bachelor In Paradise.

He also happens to be the runner-up on her season of The Bachelorette. She turned him down as he was about to propose, but someone has learned that they are back to following each other again- and they are both single.

“Rumors have it that since Becca’s breakup with Garrett, that she has began talking with Blake, her runner-up from her season of The Bachelorette. They both follow each other on Instagram, before her breakup it is doubtful she followed Blake. What are your thoughts?! #thebachelorette #bachelornation #bachelorusa #bachelorusaspoilers #spoilers,” Instagram account @bachelorusaspoilers wrote in a recent post.

In the second photo of the post, there are screenshots of Becca and Blake following each other on social media.

While Blake revealed earlier this year that he was in a relationship, it appears he’s single again. In a post shared by @bachelornation.scoop, an Instagram account called @lorikpublicrelationships revealed that Blake is single. 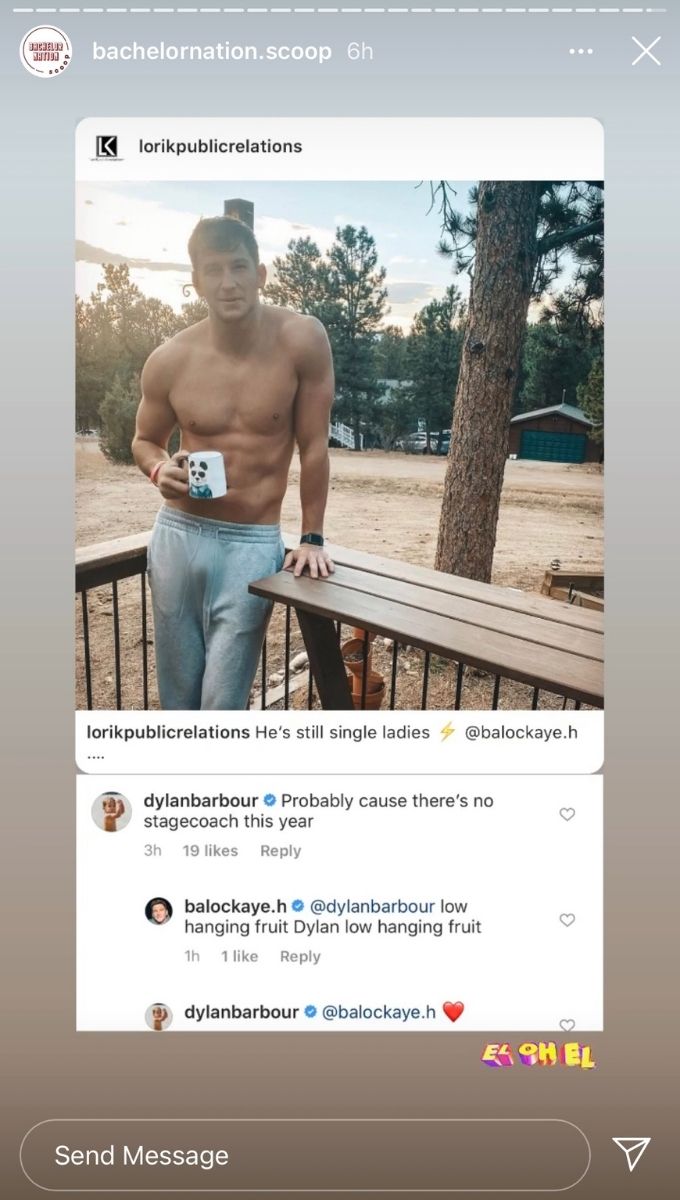 For her part, Becca could be ready to move ahead with a new romance.

After Garrett announced a new relationship, Becca seemingly shaded him on social media. She said she was ready to move on and joked she was done making stupid mistakes, seemingly referencing her relationship with Garrett.

And she hasn’t given up on love either.

Becca recently revealed she was jealous of Clare and Dale’s love story and said that she wanted that kind of love for herself.

Maybe Blake is that guy for her.

The Bachelorette airs Tuesdays at 8/7c on ABC.