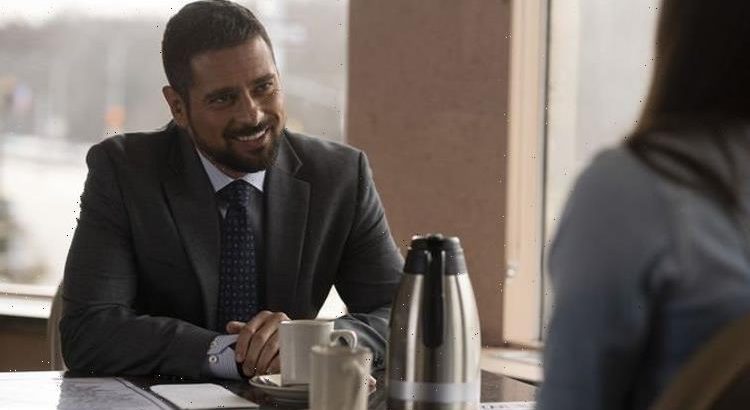 Manifest aired for three seasons on NBC before reaching a worldwide audience on Netflix. The series follows a group of airline passengers who mysteriously disappear for five years whilst on a flight back to New York City. Fans are keen to find out more about Jared Vasquez (played by J R Ramirez) and Express.co.uk has all you need to know.

Is Jared bad in Manifest?

Manifest has continued to leave fans on the edge of their seats as they await answers as to what happened to the passengers.

Due to the show’s abrupt end, many of the characters’ fates have been left undetermined.

One of the characters fans are interested in is detective Jared Vasquez, who made his first appearance in the pilot episode.

He was dating main character Michaela Stone (Melissa Roxburgh) before the plane disappeared and he proposed to her.

However, she was not ready to get married and decided to go to Jamaica to reflect on her relationship.

Jared remains devoted to Michaela, even when she is missing, but he eventually ends up with her best friend Lourdes (Victoria Cartagena).

Jared asked for advice from Michaela’s parents, who agreed he should pursue a relationship with Lourdes.

However, after discovering Michaela was still alive and had not aged a single day, he was shocked.

He continued to care for Michaela and even supported her when she experienced the mysterious callings.

Jared even took the blame for a mistake she made that almost cost him his career.

He made clear he never got over Michaela and they end up sleeping together, unable to deny the chemistry.

Lourdes, however, finds out about the affair which consequently ruins Jared’s marriage.

Fans have questioned what Jared’s intentions are and whether he has a secret motive in mind.

Zeke ( Matt Long) had made Michaela question why she still trusted him, with Michaela wondering whether Jared is putting on a front.

However, Jared proved himself to be the good guy when the X’ers manage to capture Zeke.

Jared makes out he is siding with the X’ers and a suggestion is made to shoot Zeke and put the blame on Michaela.

Yet in a twist of events, Jared and Michaela team up to bring the troops down.

Fans wanted to know if Jared used Michaela to capture the X’ers or whether he genuinely cared.

They took to Reddit to discuss his character, with one viewer saying: “I just started this show recently. I’m on season 2. Curious as to what everyone’s opinions are on Jared. I like him one minute and then the next I don’t.. lol.” [Sic]

Another said: “I thought he was great up until the Zeke stuff at the end of season 1.

“Cheating on Lourdes didn’t bug me. I could understand that with his history with Michaela. It’s a weird situation. But him trying to kill Zeke, shooting Mich, then gaslighting her was annoying.” [Sic]

A third added: “I really wanted Michaela to be with Jared. I lost interest in the show when she started to get with Zeke.

“I guess she gravitated to Zeke bc he shared her experiences with the callings and Jared just kind of blew them off.

“Their relationship just kind of moved fast to me but she was hurt I mean Jared DID marry her best friend.

“But he does care so much for her and it’s upsetting me that she would go with Zeke. Idk maybe there was just to much pain and betrayal on both parts and that’s why they’re not together.

“Also I need to tell myself not to get worked up bc they are fictional characters lol.” [Sic]

Manifest is available to watch on Netflix and Sky One.