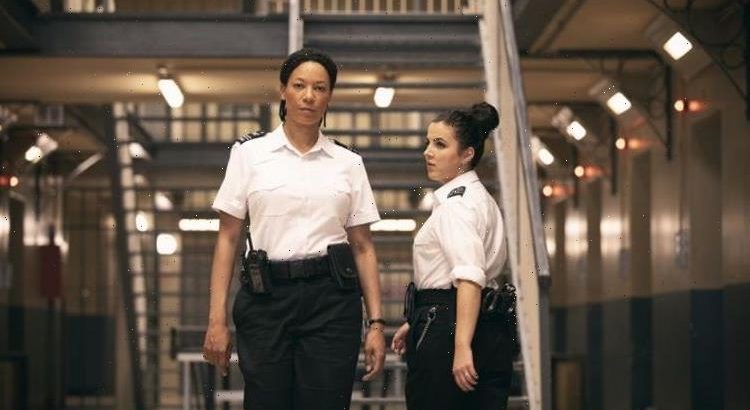 Screw is a six-part drama delving into the reality of working as prison officers among some dangerous individuals as well as other “distinctive, flawed, yet loveable characters”. The Channel 4 series was written by BAFTA-winning writer Rob Williams who has also worked on The Victim and Killing Eve. So is there any truth behind the upcoming mini-series?

Screw will revolve around two particular prison officers’ experiences at the fictional men’s prison Long Marsh in the C Wing.

She is joined by Last Tango in Halifax and His Dark Materials star Nina Sosanya as Leigh who is dedicated to her job.

But Channel 4 teases there will be a few secrets that will begin to resurface, putting her career on the line.

O’Donnell and Sosanya aren’t the only recognisable faces in the cast of Screw either.

Line of Duty’s Faraz Ayub and Game of Thrones’ Ron Donachie will also appear in the new series.

Fans may recognise actor Stephen Wight as well as he featured in the cast of Michaela Coel’s popular drama I May Destroy You on BBC One.

So besides from the dangerously gritty plot, there is the star-studded cast to reel viewers in.

Is Screw on Channel 4 based on a true story?

The tale of Screw is described to depict the “reality of life as a prison officer in an all-male prison in 21st century Britain”.

Writer Williams took inspiration from his own experiences as he has both worked and volunteered in various prisons since the 1990s.

He used to teach art and design in colleges in the West Midlands but when one of his students suggested he would be good at teaching in prisons, he decided to pursue drawing and painting lessons behind bars.

Having first experienced his time as a prison teacher, Williams said he was “blown away by the environment”.

Williams explained to Channel 4: “It challenged all my preconceptions. Then after a few years in publishing, I started writing and doing some voluntary work, which I’ve done it ever since.

“I’ve had the privilege of spending time on the wings, talking to prisoners and officers.

“While there’s not a single story or character that is a direct translation in Screw, there is a desire to represent that world as I see it: there is laughter, there is humour, there is humanity, there is friendship, there is real life.

“It’s not just violence and drudgery and darkness.”

So while Williams has taken inspiration from his time in prison for his writing, Screw is not based on a true story.

It is a dramatised version of what he experienced with fictional storylines to keep fans guessing.

But how will the secrets of the prison officers jeopardize their futures at Long Marsh in this “uncensored, terrifying” story?