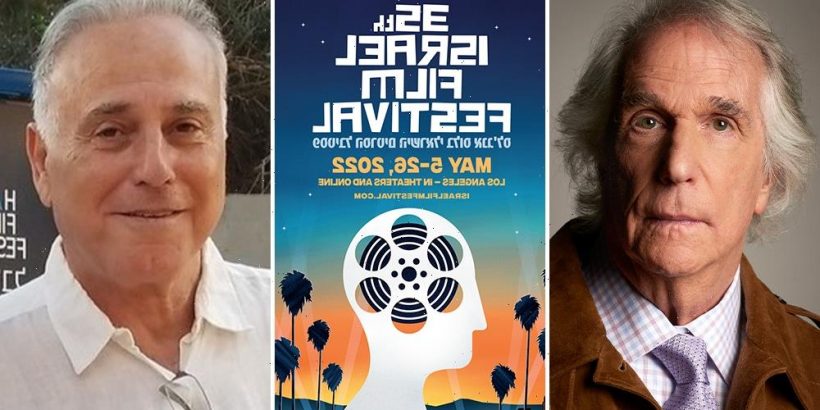 The 35th Israel Film Festival in Los Angeles will open next month with the L.A. premiere of Avi Nesher’s Image of Victory, which was nominated for a leading 15 Israeli Academy Ophir Awards last year. The film kicks off the hybrid in-person and online festival that runs May 5-26 and will see Henry Winkler receive the IFF Career Achievement Award and philanthropist David Wiener bestowed with the IFF Humanitarian Award.

Both will be honored April 29 during the festival’s annual sponsor luncheon at the Four Seasons in Beverly Hills.

The opening-night gala of Image of Victory is set for May 5 at the Saban Theatre in Beverly Hills to coincide with Israel Independence Day. The film’s producer Ehud Bleiberg will receive the IFF Cinematic Achievement Award during the gala.

“Henry Winkler is an exceptional artist that has used his talents both in front of and behind the camera to entertain audiences around the world.  His life and body of work is a benchmark that others aspire to for a career,” said Meir Fenigstein, founder and executive director of the Israel Film Festival. “David Wiener’s international philanthropic endeavors and support of the state of Israel is unparalleled, while Ehud Bleiberg has created an indelible mark as one of Israel’s best and most prolific producers The Israel Film Festival sponsors, who are the very core of the festival’s support, are thrilled to recognize these outstanding gentlemen.”

Image of Victory, considered Israel’s largest budgeted film to date, is inspired by true events in 1948. Hassanin, an Egyptian filmmaker, is tasked with documenting a raid on the isolated kibbutz Nitzanim. When the kibbutz learns of the pending attack, Mira, a young but valiant mother, is forced to reckon with the true cost of war and make an impossible choice. It won three Ophir Awards in the fall, for cinematography, costumes and makeup.

Tickets for the 35th IFF will be available beginning April 20 here, with screenings scheduled for Lumiere Cinema’s Music Hall Theater in Beverly Hills and the Laemmle Town Center 5 in Encino.

Deadline is a media sponsor of the 35th Israel Film Festival.

Jesse L. Martin Exits ‘The Flash’ As Regular After 8 Seasons To Lead NBC Pilot ‘The Irrational’

Screen Gems Sets ‘Two And Only’ With Ariana DeBose To EP, Eyed To Star

OWN Moves Into Late-Night With ‘The Nightcap With Carlos King’