Eamonn Holmes and Ruth Langsford were presenting This Morning together, and they welcomed actress Claire King onto the programme.

Claire is well known for playing the villain Kim Tate on Emmerdale.

The 57-year-old returned to Emmerdale last year after having spent 20 years away from the soap.

She’s now back on the soap for good, and seems to be thrilled about that. However, she had some choice words to say about ITV’s other soap, Coronation Street.

King played Erica Holroyd on Coronation Street between 2014 and 2017, and upon reflection, she told Eamonn and Ruth that her character wasn’t too memorable.

Claire said: “I think because of the character in Corrie, Erica, she’s a bit more forgettable.

“She was on her own she didn’t have a family around her.”

Claire then started to discuss her Emmerdale character, Kim Tate.

This was when the actress revealed she had been physically attacked for playing the role.

“I had people hitting me over the head with umbrellas in the old days and all sorts because they couldn’t believe how vile she was,” she said. 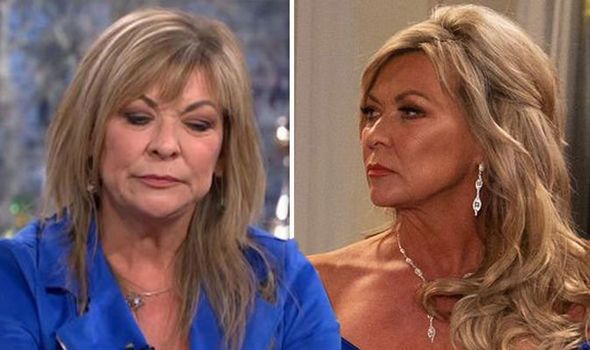 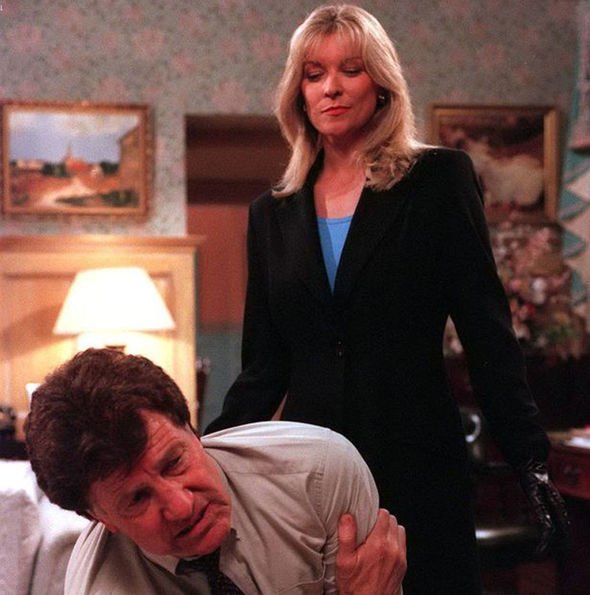 “Now it seems to be less physical and more on the keyboard.”

Claire also spoke of how she did actually like Kim, saying: “I do actually like her, I think there’s a bit of a softer side to her.”

She went on to describe her as a “hurricane”, and also told Eamonn and Ruth that she had been asked back onto the show a few times.

Claire then explained why the character is back on Emmerdale, saying: “She’s back because she’s out of prison, been there for six years.

“She wants to find her son Jamie, who was last seen taking off with her in a helicopter 20 years ago, settle back into the village, and get home farm back.” 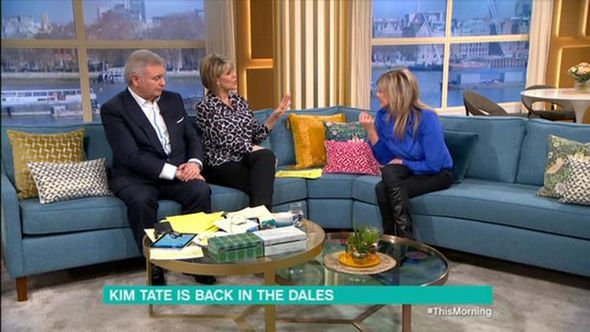 She then added that Kim is looking for revenge on the Dingles.

“She’s going to get revenge on the Dingles and cause havoc and things like that,” she teased.

Meanwhile, Eamonn was left incredibly red-faced when former footballer Neil Ruddock and his wife Leah Newman came on the ITV programme today, as the sportsman made an awkwardly-timed comparison about the Irish host and his counterpart Phillip Schofield.

“Do you know what I’m glad I got you on here Eamonn,” Neil declared. “Because Phillip Schofield wouldn’t have been so understanding,” he added after Neil and Eamonn discussed their knee and hip replacements.

This Morning continues Monday at 10.30am on ITV.