Jamie Redknapp was invited into the Good Morning Britain studios today (January 16) and during his appearance, conversation turned to his relationship with his dad Harry Redknapp and his success on I’m A Celebrity…Get Me Out of Here! 2018.

Two years ago, English football manager and former player Harry Redknapp entered the Australian Jungle and after three weeks of basic rations, he was crowned the winner of the 2018 series.

Earlier today, Jamie joined Susanna Reid and Ben Shephard to discuss whether or not he would consider taking part in a future series of I’m A Celebrity.

While he didn’t seem too enthused by the idea, he explained why he thought his dad did so well on the show and why he perhaps wouldn’t have the same amount of success. 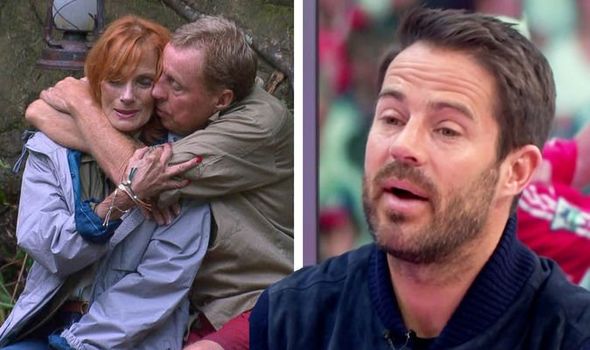 Speaking about the moment Harry was reunited with his wife Sandra Redknapp in the Jungle, Jamie said: “It was a really nice moment to see mum there. And I think it’s changed their lives, it really has – they loved it!

From across the studio, the 2019 campmate explained: “It was an amazing experience but it was hard, as opposed to fun like hanging out with your mates.

“But it wasn’t like a holiday camp was it?” Ben interjected. 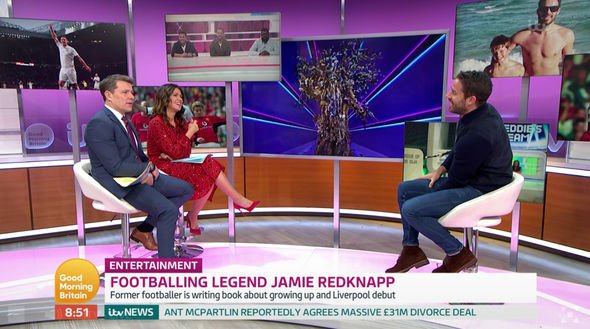 “It wasn’t a holiday camp, no,” Kate replied.

Turning the conversation back to their guest, Susanna asked: “Would you do it, Jamie?”

“I actually got asked to do it and I think I would’ve probably shown my true colours and have been miserable,” he laughed off.

“That’s the worry isn’t it when you’ve got no food!” Ben added and Susanna remarked: “If you’ve got a side to hide…” 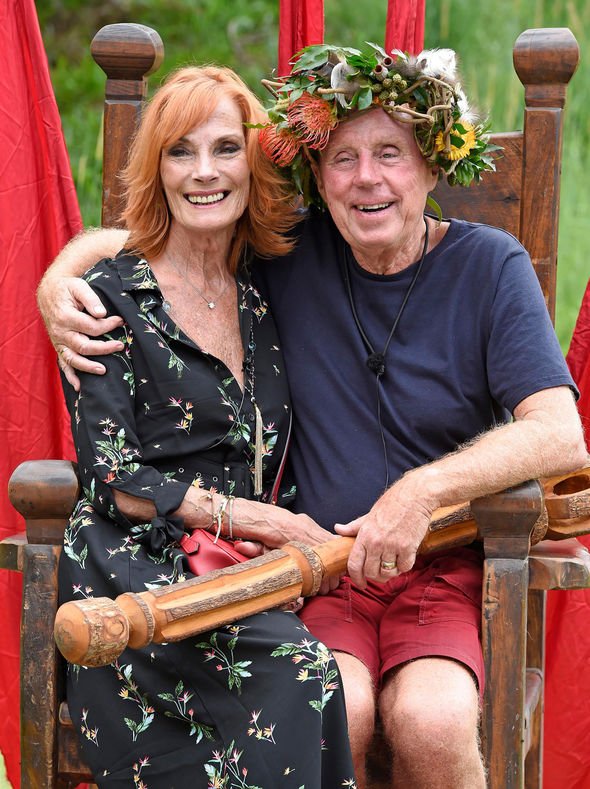 “I haven’t really got a side to hide but I just think, especially following dad….” Jamie corrected but he was cut off by Ben.

“There’s a picture of you and Bo there, you’ve got two boys of an age, Kate’s kids love the act she went in – would they like you to do it?” The presenter enquired.

“They would! I’m sure Charlie would, my eldest son, he would love that,” Jamie commented.

“I think to do it, to follow dad it would be difficult because he was so funny and came across so well.

“I haven’t got a Sandra, it’s one of those, that whole moment,” he explained in reference to viewers falling in love with Harry and Sandra as a couple.

It comes after Kate spoke about her husband popping the question for the second time.

Following her time in the Jungle, Derek Draper decided to ask the GMB host to marry her again.