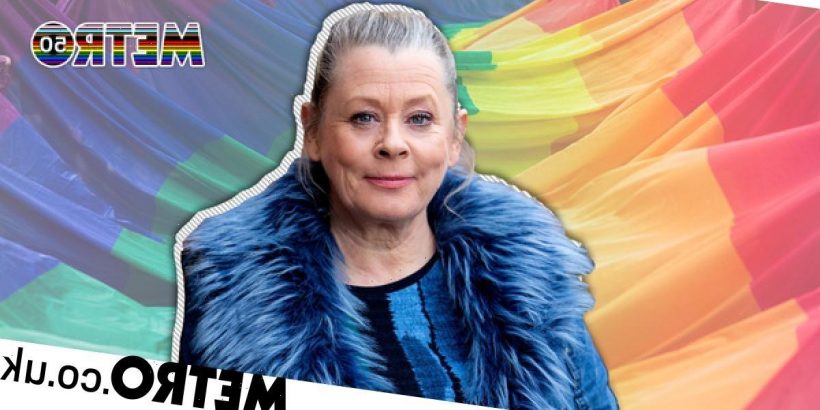 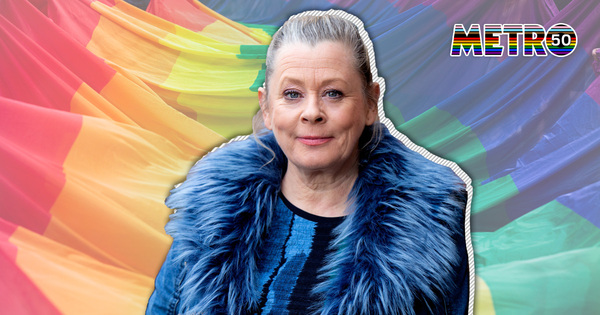 As a woman in my fifties, thinking about Pride and what it means to me, I’m reminded of all the Prides I’ve been a part of over the past thirty years or so.

I still get a tingle of anticipation and excitement thinking about coming together to celebrate the joys, and sometimes the sorrows, that Pride always conjures.

I first went in the early 90s with a group of mates from work to what was then called Manchester Mardi Gras, and I remember being on the side of Princess Street as the floats went past, hoping that no-one I knew would see me, as I wasn’t yet out to my family and a lot of my friends.

And sure enough, I bumped into a girl called Sarah, who lived a few streets away from me, and we smiled at each other while I prayed fervently that she wouldn’t tell anyone I’d been there.

The following year, having got myself a girlfriend, off we drove in a black Nissan Cherry, to London; Madonna on the cassette player, desperately Seeking others like us at Watford Gap Services who might be going our way.

We dumped the car somewhere in North London and boarded the tube, destination Hyde Park. At every stop our numbers grew as groups of out and proud gay men and women crammed into the carriage carrying placards and blowing whistles.

I was so happy. I liked this bunch and I felt safe among them. Girls and boys held each other’s hands, and I held my girlfriend’s. And I felt proud.

We marched through London, surrounded by thousands of other people like us, singing, and chanting and laughing.

There were people waving from windows, the traffic came to a halt and drag queens flirted with policemen.

The gays were in town, and it felt brilliant. Over the years, Pride grew and grew and became an annual fixture in my calendar.

Living in London and becoming confident in who I was, Pride was something I looked forward to as an opportunity to party with my friends, both gay and straight, but also to show solidarity with my tribe.

The march was always important and galvanised us to remain proud of who we were, sometimes in the face of abuse and hostility, but it always ended with a rally where campaigners inspired us to persist in our quest for equality and acceptance and was followed by a festival of all things fabulous.

Anything and everything was embraced, from a clutch of drag queens dressed as Baywatch babes to the heaving, primal, often topless, beauty of the Women’s Tent!

And yes, I may have been topless. Once. In Brockwell Park. Fortunately, this was before the advent of mobile phones.

Cut to Manchester Pride 2019, and I’m taking a selfie on the top of the Coronation Street float, shoulder to shoulder with my work colleagues, my wife of many years beside me, waving to the crowds lining Princess Street.

Somewhere among them may have been a shy young woman uncertain about her sexuality, hoping that no-one she knew saw her there, but I like to think that times have changed, and mostly for the better.

That young woman today can see role models in almost all areas of life, including LGBTQ+ actors appearing in our best loved soaps, who are able to work and be celebrated for who they are.

Of course, prejudice and injustice still remain, and our fight continues, but Pride shows us that there is strength in sharing the love and holding each other’s hands.

So, Happy Pride everyone. I look forward to seeing you all there. I’ll try and keep my bra on.

This year marks 50 years of Pride, so it seems only fitting that Metro.co.uk goes above and beyond in our ongoing LGBTQ+ support, through a wealth of content that not only celebrates all things Pride, but also share stories, take time to reflect and raises awareness for the community this Pride Month.

And we’ve got some great names on board to help us, too. From a list of famous guest editors taking over the site for a week that includes Rob Rinder, Nicola Adams, Peter Tatchell, Kimberly Hart-Simpson, John Whaite, Anna Richardson and Dr Ranj, we’ll also have the likes Sir Ian McKellen and Drag Race stars The Vivienne, Lawrence Chaney and Tia Kofi offering their insights.

During Pride Month, which runs from 1 – 30 June, Metro.co.uk will also be supporting Kyiv Pride, a Ukrainian charity forced to work harder than ever to protect the rights of the LGBTQ+ community during times of conflict. To find out more about their work, and what you can do to support them, click here.