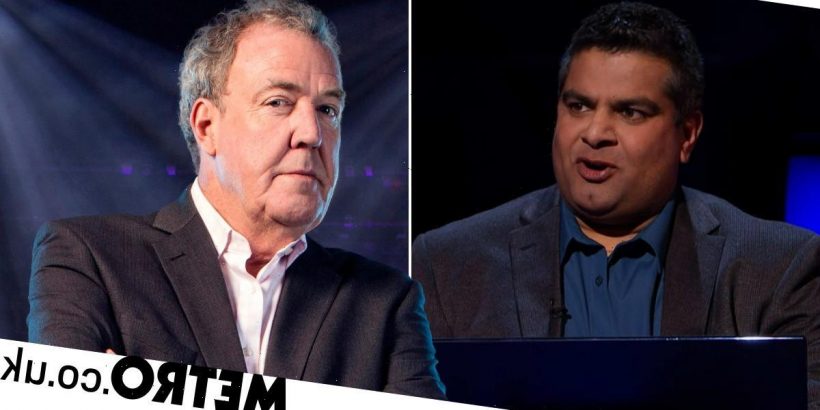 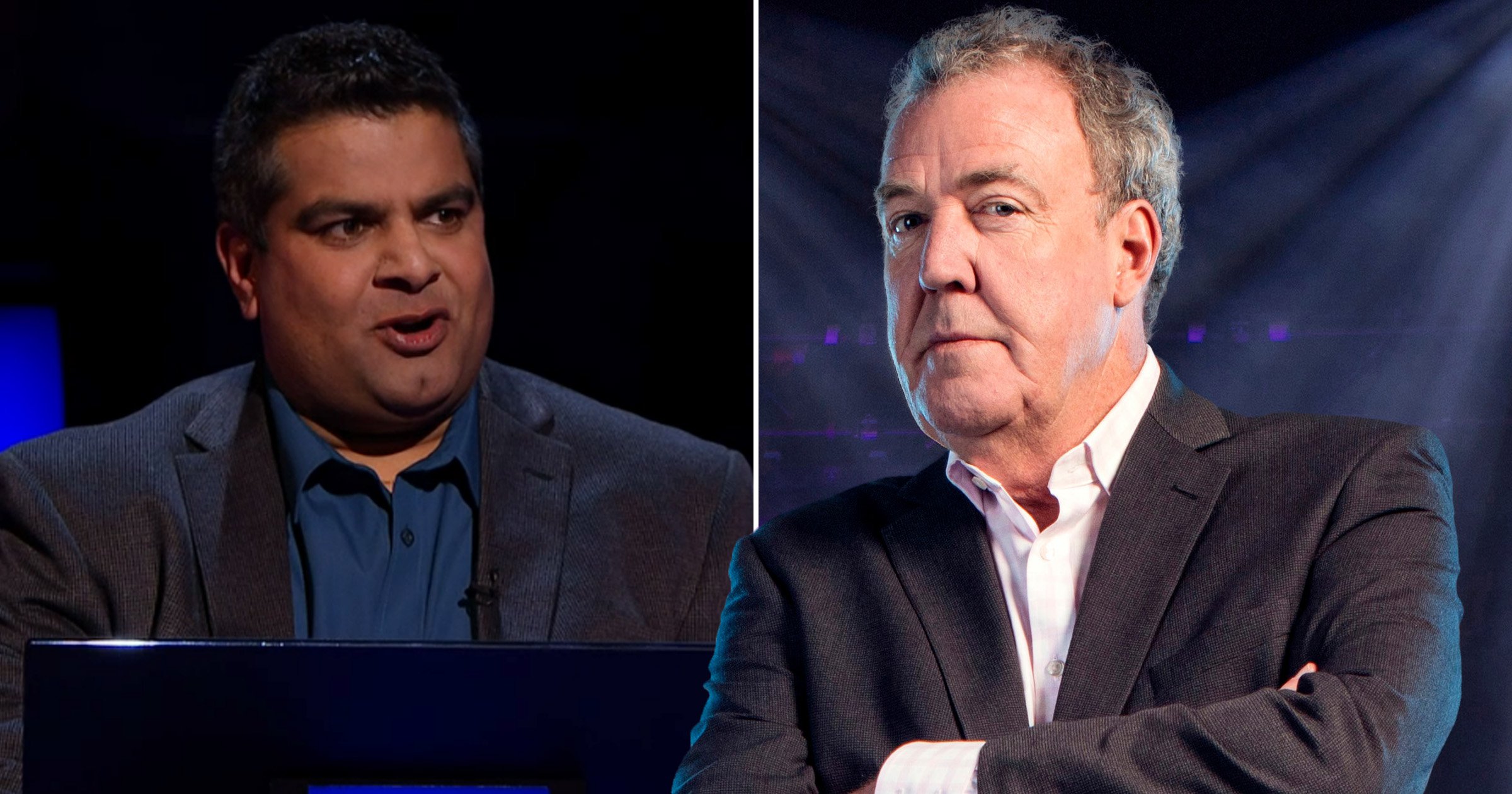 In an unexpected turn of events on Saturday’s episode of Who Wants to Be A Millionaire?, host Jeremy Clarkson ended up quizzing his son’s former chemistry teacher – and the outspoken presenter didn’t hold back.

Mindy Dhanda, who bagged his chance in the famous hot seat by correctly putting four rom-coms in release date order, seemed cool as a cucumber as he took his seat opposite Jeremy, who claimed he’d ‘never seen anyone so visibly unimpressed’.

As teacher Mindy admitted it was just shock, the Clarkson’s Farm star went to his introduction notes and discovered their connection.

As Mindy confirmed that was true, Jeremy joked: ‘Well, I shall try to be less of a bother to you than he was back in the day.’

Mindy reassured him his son had been excellent, to which Jeremy clapped back with: ‘Well you’re just saying that now to curry favour, but it’ll make no good!’

The teacher managed to progress quite rapidly through his initial questions, where topics included geology, Team GB Olympians and Peaky Blinders, but things came unstuck for him on the £64,000 question about the Dutch Golden Age.

Having gone through two colleagues to try and get the right answer, Mindy pondered his next step before Jeremy then came in with a brutal line, commenting: ‘I’m starting to understand now why my son c**ked up his A-levels – none of you know anything!’

For £64,000, Mindy was tasked with choosing which artist out of Rembrandt, Johannes Vermeer, Peter Paul Rubens and Jan van Eyck wasn’t alive at any point during the Dutch Golden Age, and the teacher revealed he’d tried to brush up on art ahead of his appearance but ‘there’s quite a lot of art to gen up [on]’.

From his two ‘phone a friend’ lifelines, unfortunately neither history teacher Justin nor school chaplain Richard were able to help him with even an ‘inkling’ on the question’s answer.

Richard admitted: ‘I don’t even know what the Dutch Golden Age was!’

Following Jeremy’s harsh line about his son’s teachers not knowing anything, Mindy laughed along with the audience before quipping: ‘Do you, that’s the question – I’d like to ask the host.’

Using his final lifeline on the presenter, Jeremy, who is famous for his annual poor A-Levels brag on Twitter, was then forced to sheepishly agree that he did ‘not have a clue’ as to the right answer either.

Mindy ended up bowing out of the question and walking away with £32,000, although in a twist it transpired that his guess of van Eyck – because he was the one he’d ‘heard of least’ – would have got him to his safety net of £64,000.

Who Wants To Be A Millionaire? is available to watch on ITV Hub.