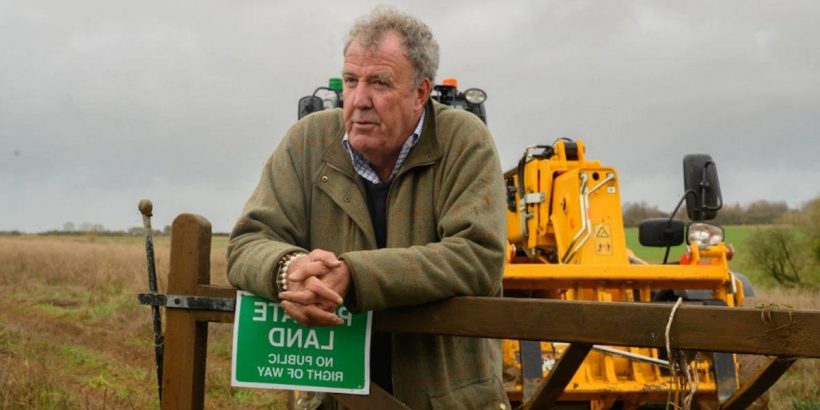 Jeremy Clarkson has blasted a Facebook user calling him a "deluded fool" following a complaint made about the noise of a tractor in Leicestershire.

The angry post, which was initially shared on the Spotted Earl Shilton Facebook page, read: “Why at almost 11pm at night are we still getting tractors run down the road on Belle Vue. FFS do it during the bl**dy day.”

It came to the former Top Gear presenter’s attention after a local resident tweeted him a screenshot.

Never one to back down from sharing his opinion, the 61-year-old said: “Yeah. Not sure the deluded fool knows much.”

He shared: “I’m the guy who posted that as Facebook status. It was a question, not a dig at farmers.”

The Who Wants To Be A Millionaire host is no stranger to the farming world with a hit show on Amazon Prime which follows him around as he attempts to run Diddly Squat farm in Chipping Norton near the Cotswolds.

He recently revealed that he lost ten acres of crops as a result of trying to find the best way to look after his yield without hurting the bees.

Speaking to Times Radio, he explained: “If you spray neonicotinoids on oil seed rape, which you have to do to stop flea beetles eating it, that hurts the bees.

“So everybody would say you mustn’t do that. We must not hurt the bees, it’s obvious.

"However, if you don’t use neonicotinoids your oil seed rape basically dies. I lost about ten acres of it last year."

Clarkson, who has had his farm for less than two years, went on to disclose that the alternative is to use palm oil.

He added: "People buy palm oil instead, which of course has a massive effect on the orangutans in Sumatra. "So then people say you must not hurt the Orangutans, so then you can’t have any form of oil."

"There is nothing organic on my farm – nothing."