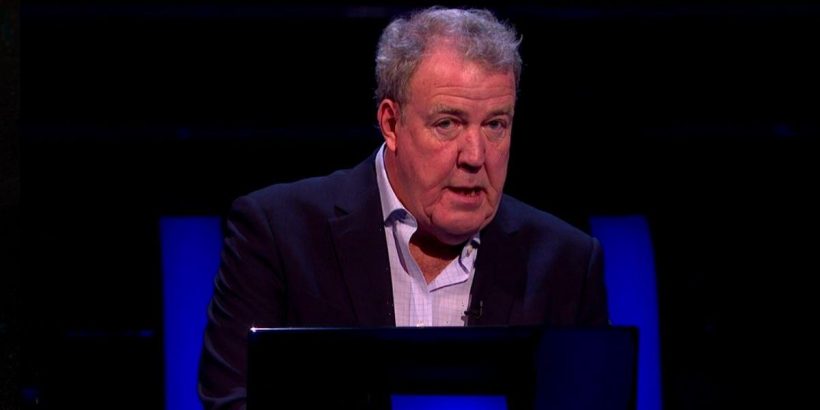 Jeremy Clarkson had the audience of Who Wants To Be A Millionaire in stitches after he savagely shut down one member of the audience for coughing during the ITV show.

On tonight's episode (25 May), host Jeremy was joined by contestant Lynn, who is a former sixth form teacher of 30 years.

Lynn was enjoying a successful start to the show having made it to the £8,000 mark, and was about to tackle the £16,000 question – which is question eight.

Upon hearing the coughing coming from the audience, Jeremy quipped: "I can hear people coughing".

This then prompted the coughing audience member – who clearly saw the funny side of the situation – to cough deliberately louder during the show.

Jeremy then looked away from the question he was trying to read and jokingly told the audience member: "You're supposed to cough after the questions are being asked" which made the room erupt in laughter.

The former Top Gear star made the joke referencing the famous Who Wants To Be A Millionaire coughing scandal in 2001 – in which former army British Army major Charles Ingram infamously won £1million by cheating.

After Ingram reached the famous £1million mark and won all the money on the show, the producers found out that one of the contestants, lecturer Tecwen Whittock, was helping Ingram succeed by coughing when the right answer was read out.

Ingram's wife was also helping Charles cheat by coughing at the right moments whilst she sat in the audience, and it soon came out that all three had been cheating and the matter was handed over to the police.

He continued: "In such a way that Lynn can use it… not just cough constantly before I've asked the question."

Jeremy then sarcastically asked: "Are you better?" before shutting them down again by adding "I don't care".