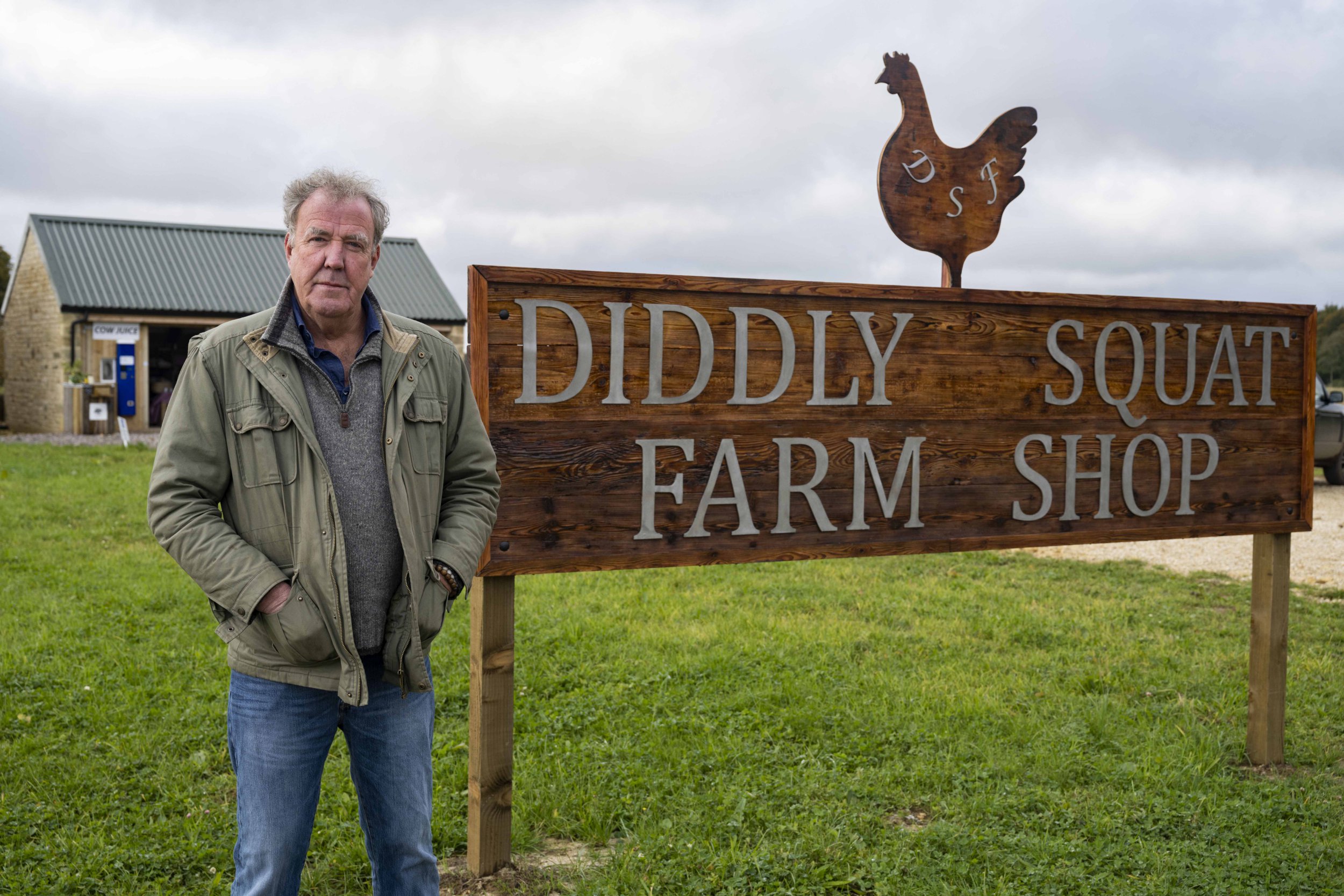 Jeremy Clarkson will meet his angry neighbours tonight in a town meeting to discuss the locals’ issues with his Diddly Squat farm shop.

The Top Gear presenter has attracted lots of unwanted attention in the Oxfordshire village of Chadlington since his Amazon Prime Video show Clarkson’s Farm debuted earlier this summer.

Posters went up around the village, advertising a Q&A meeting to be held Thursday, September 9 at 7pm at Chadlington Memorial Hall.

‘As there seems to be some debate in the village about what’s going on at Diddly Squat, Jeremy Clarkson will be at the Memorial Hall to explain his plans and to take any questions you may have,’ the flyer read.

‘Everybody from the area is welcome to attend,’ it continued, adding: ‘Cheese and wine will be provided.’

The meeting was first publicised on the village community Facebook page, where one person suggested the meeting would be packed, joking that it should instead be held at the Royal Albert Hall.

Locals have been fuming over the past months as hoards of fans from all over the country have flooded the area to visit Clarkson’s farm shop.

In June, police were called out to the site after huge queues formed near the farm, with some queuing up for two-and-a-half hours to get inside the Diddly Squat shop after the launch of the show.

The area, which used to be quiet farmland, is now unrecognisable to the people that live there.

Clarkson has also managed to anger the parish council as he has been applying for planning permission to alter the site.

The presenter applied for permission to make external alterations to one of the buildings to which Chadlington Parish Council said it has no objections but, if approved, ‘this should not confirm a change of use status for this agricultural building’.

Clarkson however serves food and drinks at his farm shop, applying for a licence to sell alcohol and provide entertainment earlier this year and requesting to convert a lambing shed adjacent to the shop into a café last year.

‘The parish council remains concerned regarding the effect of the incremental development at this location, both upon the local community, its existing shops and an Area of Outstanding Natural Beauty,’ it said.

‘The number of cars currently visiting this site is already substantial, often filling the existing available parking space and overflowing onto the Chipping Norton Road, which is hardly desirable in an AONB and creates a significant risk that accidents will occur.’

Some villagers however support Clarkson’s efforts and think his farm and show are putting Chadlington on the map and boosting the local economy.

According to property website Rightmove, searches for homes to buy in Chadlington jumped by 511% in June 2021, when compared to the same period the previous year.

Clarkson’s Farm is available to watch on Amazon Prime Video.