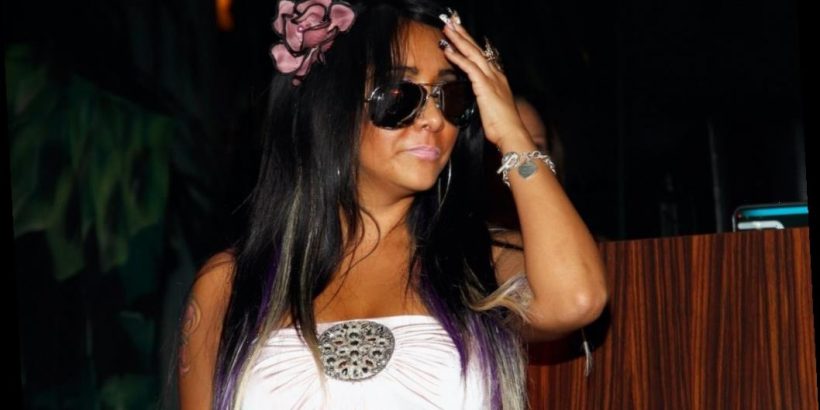 Nicole “Snooki” Polizzi has undoubtedly changed a lot since Jersey Shore first aired in 2009. For starters, she is no longer part of the series. But Polizzi has matured in more ways than one, according to producer SallyAnn Salsano.

During the early days of Jersey Shore, Polizzi became so frustrated with her producer that she decided to pee on her. Find out what Salsano did to deserve such a fate.

Nicole ‘Snooki’ Polizzi was drunk a lot on ‘Jersey Shore’

Before It’s Happening With Snooki and Joey, Polizzi ran the Naturally Nicole podcast. In August 2014, she had Jersey Shore producer Salsano as a guest on the show. Together, they reminisced about the early days of the MTV series before it became a hit.

Most of their conversation centered around Polizzi being intoxicated while they were filming Jersey Shore. In fact, she showed up to her audition for the show drunk in a miniskirt.

“I saw an audition posting on Facebook for a show called Guidos and Guidettes,” Polizzi told Vulture. “I went there drunk because it was at a bar, and the rest is history.”

Salsano looked back fondly on Polizzi’s drunk antics and how they made for great television. In reality, all of the roommates’ drunken antics gave Jersey Shore the following it has today.

During her conversation with Polizzi, Salsano also opened up about why she wanted to create a show like Jersey Shore, which Polizzi called a show about “a bunch of a*sholes from the tri-state area.”

Salsano said: “Because I was one of those a*sholes that definitely would go party, act out, make bad decisions, and have a good time.” Salsano talked about doing the same types of things the cast of Jersey Shore did when she was younger, but without a camera on her. As fate would have it, Salsano’s idea for a television show worked — and continued to work today.

During her conversation with the Jersey Shore producer, Polizzi talked about being “wasted” for many of her interviews — the “talking head” footage of each roommate recapping the events of the night before.

“Nicole used to never want to get up to do her interviews,” Salsano recalled on the podcast. “I remember having to get you up to go to those interviews wasted. It was not always easy.”

“Because I was hungover!” Polizzi interjected.

Salsano was one of the only people who could get Polizzi out of bed in those days. To get the young reality star up, Salsano would crawl into bed with her and say, “I’m going to lay here until you get up.”

Annoyed, Polizzi once replied: “I swear God, if you don’t get out of bed, I’m going to pee the bed.”

Salsano didn’t believe Polizzi would ever do that — until she peed on her.

“I got out of the bed — I did not lay in your pee — and I let you go back to sleep, so [your method of peeing] worked,” Salsano concluded. Polizzi got out of interviews that day.

In commemoration of the experience, Polizzi later gifted Salsano with a t-shirt that read: “I Went to the Jersey Shore and I Got Peed On By Snooki.”