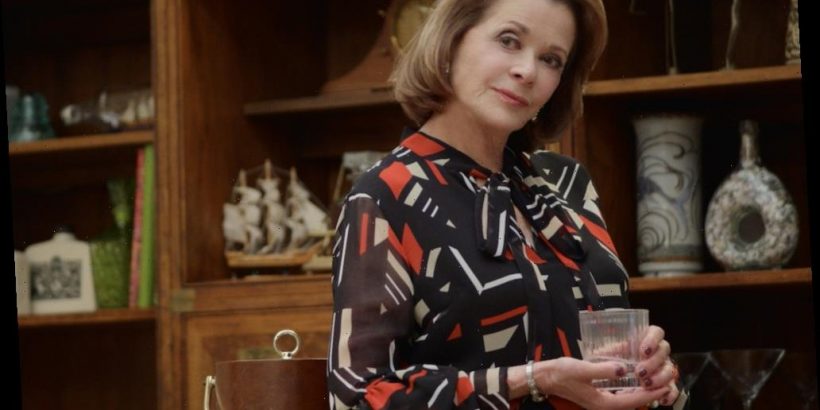 Jessica Walter, award-winning star of stage and screen with six decades in show business, passed away in her sleep in new York City on Wednesday March 24. (Via Deadline.) In recent years, Walter was best known for her Emmy-nominated role as matriarch Lucille Bluth in “Arrested Development,” as well as for voicing Malory Archer on FXX’s animated series “Archer.” She won an Emmy in 1975 for her leading role in the police drama “Amy Prentiss.”

Born and raised in Brooklyn, Walter attended New York City’s High School of Performing Arts (now called Laguardia) and further studied acting at the famed Neighborhood Playhouse School of the Theatre. She began her career on Broadway, starring in productions such as “Advise and Consent,” Neil Simon’s “Rumors,” “A Severed Head,” “Nightlife,” “Tartuffe,” “The Royal Family,” and “Photo Finish.”

Her earliest prominent film role came in 1971’s “Play Misty for Me,” in which her performance as a young woman with Borderline Personality Disorder earned her a Golden Globe nomination. She also played numerous TV roles, including an episode of “Columbo,” and Emmy-nominated turns on “Trapper John M.D.” and “Streets of San Francisco.”

Walter continued to return to the stage throughout her prolific screen career. In 2002, she starred in an Encores! production of “A Connecticut Yankee.” She later played Evangeline Harcourt in the 2011 Tony-nominated revival of Cole Porter’s “Anything Goes,” opposite Sutton Foster’s Reno Sweeney and Joel Grey’s Moonface Martin.

She was married to former Broadway stage manager Ross Bowman from 1966 to 1978. In 1983, she married actor actor Ron Leibman, a Tony winner who originated the role of Roy Cohn in Tony Kushner’s “Angels in America.” They remained married until his death in 2019.

Walter is survived by daughter Brooke Bowman, who is SVP Drama programming at Fox Entertainment, and grandson Micah Heymann.

Bowman said in a statement: “It is with a heavy heart that I confirm the passing of my beloved mom Jessica. A working actor for over six decades, her greatest pleasure was bringing joy to others through her storytelling both on screen and off. While her legacy will live on through her body of work, she will also be remembered by many for her wit, class and overall joie de vivre.”

“Arrested Development” creator Mitch Hurwitz told Variety: “I’m stunned and so very sad to hear this news. Jessica was one of the sharpest, funniest people I’ve ever worked with — and I’ve been incredibly fortunate in working with some true greats. She was, to me, the best kind of comic actor — one who’s fearless in her willingness to draw upon the, shall we say, less desirable aspects of our character that, well … make us funny. She effortlessly sunk her teeth into depicting a type of mother that, given how people related to her, must be more common than is usually celebrated.”

He added, “Her Lucille Bluth must somehow lurk in even the most loving moms. I remember once, in front of her own daughter, she said to me, ‘I love playing Lucille — she reminds of my mother.’ And, I could be wrong, but I thought I detected a look on her daughter’s face that said, ‘YOUR mother?’ Because Lucille was kind of everyone’s mother at their worst. And she somehow made that all really lovable. I really loved her — she was so special. I’m so saddened by this news.”

“Archer” creator Adam Reed said in a statement: “The ‘Archer’ family is heartbroken to lose Jessica Walter, our beloved colleague and friend. Jessica was a consummate professional, an actor’s actor, and the exact opposite of Malory Archer — warm, caring, and kind, with an absolutely cracking sense of humor — and it was both a privilege and a true honor to work with her over these many years. She will be greatly missed, but never forgotten.”