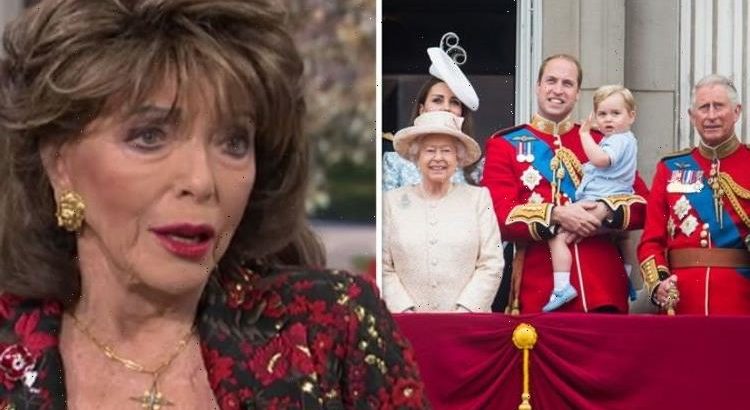 This Morning: Dr Nighat criticises PM for not wearing mask

Dame Joan Collins joined Holly Willoughby and Phillip Schofield on Thursday’s This Morning to discuss her new autobiography My Unapologetic Diaries. However, as the actress teased the numerous entertaining stories featured in the book she revealed she once offended a member of the Royal Family by branding them the “most boring”.

Addressing some of the controversial comments Joan has made over the years, Phillip asked: “Has anyone been offended?”

“Yes one person,” Joan replied. “I got a report that one member of the royals – not necessarily a front line royal – was offended by what I said about him.

“But it was reported to me by somebody else who was a royal and said, ‘He’s one of the most boring members of the Royal Family’ so I wrote that.

“He didn’t like it he said to my friend, ‘Why would she write that?’ and so the friend said, ‘Maybe because you are.’”

“This isn’t going to be hard to track down, is it?” Phillip quipped.

“Well you can read it, it’s in there,” Joan said referring to her autobiography.

Phillip remarked: “It’s the beginning of the next book I think.”

“Oh, you think? ‘How I trashed the royals’ no I wouldn’t do that,” she joked.