The TV star, 36, spent some time in Oz with son Harry, 11, and mum Kiffy in the run up to his work on this year's Extra Camp, and he was sad to wave his son off as he caught a flight back to the UK. 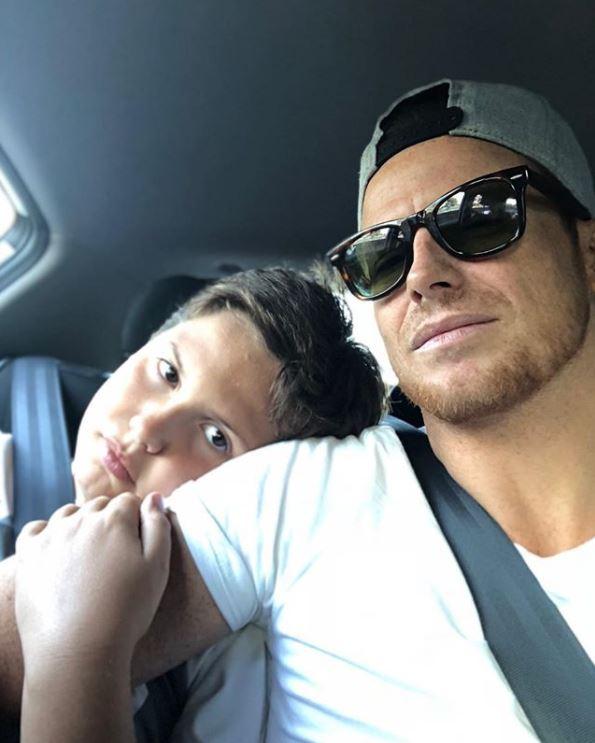 Harry clung to his dad's arm in the car, and a solemn Joe wrote: "So so sad 2 say goodbye 2 my son. Just dropped him 2 the airport. I’m so lucky 2 have this kid in my life???#fightforyourrights2beadad."

He followed it with a more upbeat beach snap of his "Oz family".

Joe looked in fine form last week as he took his mum and son on a bike ride.

The trio looked bright and happy as they enjoyed breakfast together in the sunshine. 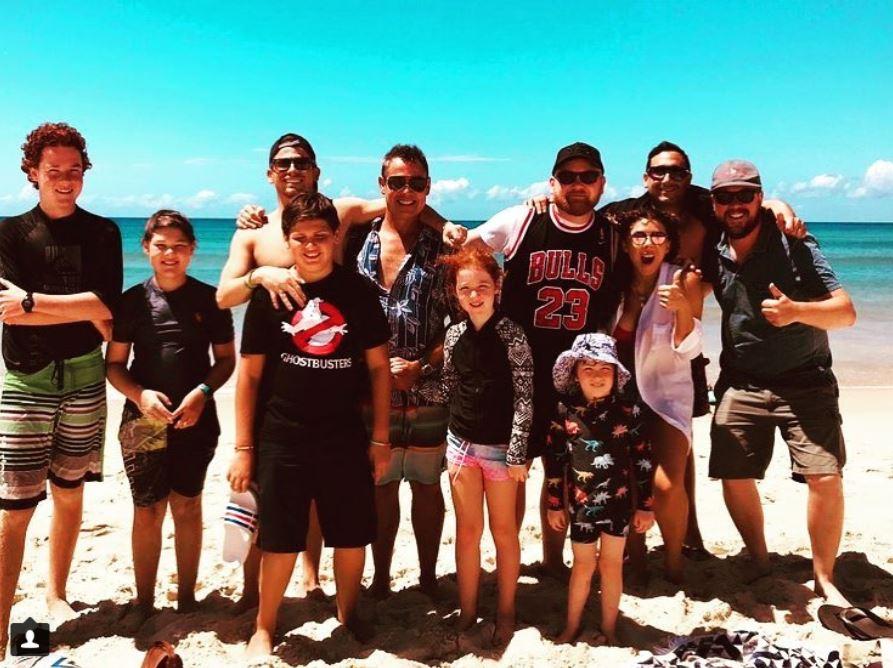 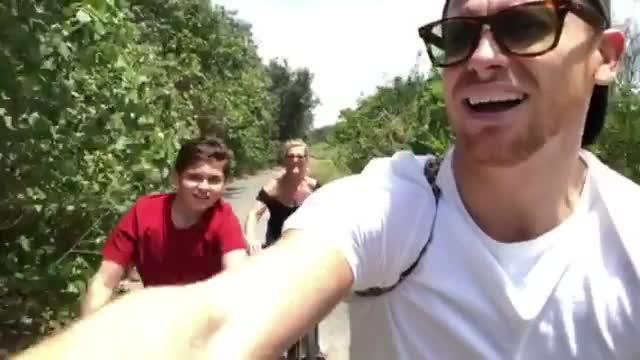 They beamed for the camera as Harry draped an arm round his dad's shoulders and Catherine, also known as Kiffy, leaned in to her boys.

Keen to keep his fans up to date, Joe later posted a video of them all cycling down a country road in the sunshine.

With Joe at the front and Kiffy at the back, the family made sure Harry was sandwiched safely between them on their bikes. 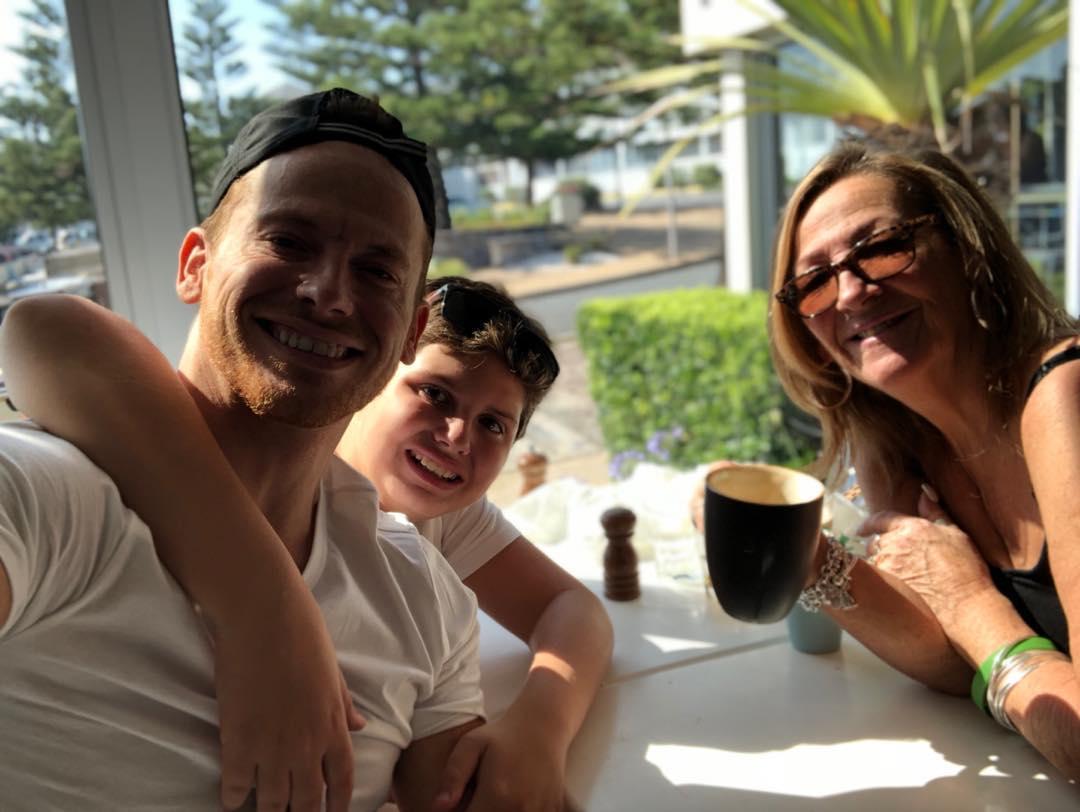 Wearing a white T-shirt, sunglasses and cap, Joe looked every inch the doting father as he recorded a message for his fans.

Trying to cycle and film himself, the dad of one can be heard shouting back to his family: "You know what they say, the family that cycle together…"

Then waiting a beat for them to say something, he continues with "stay together!", before jokingly scolding them: "What are you lot, wake up, will ya!" 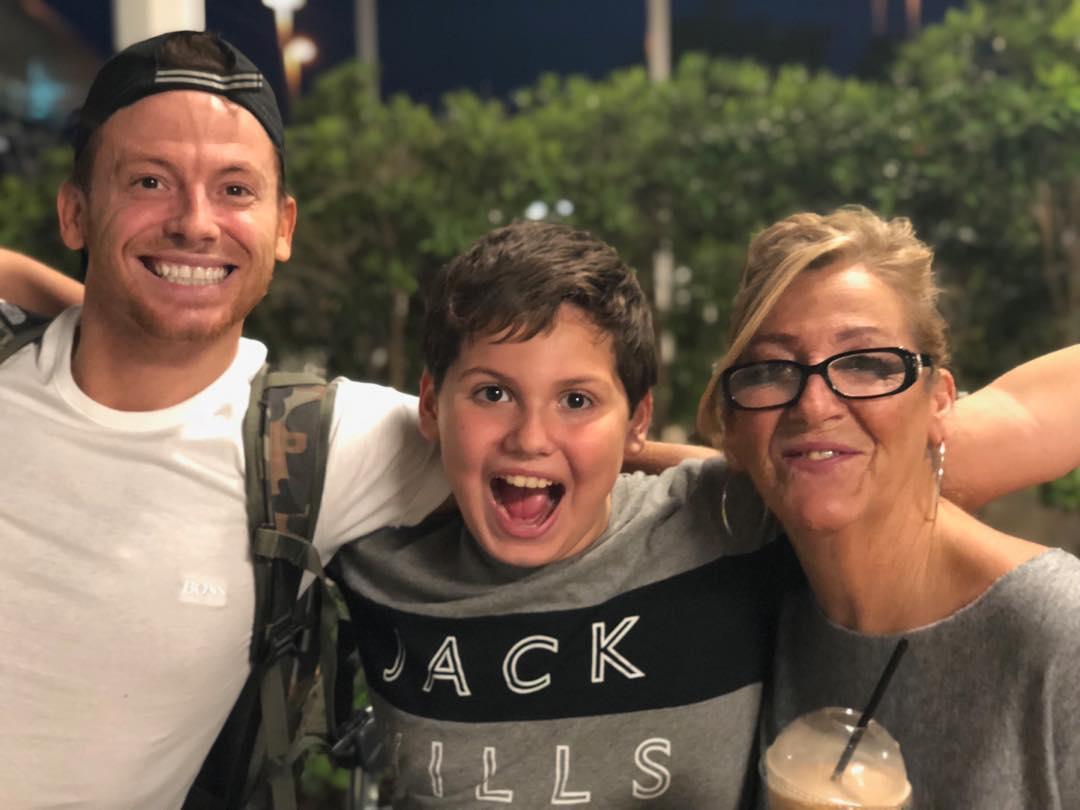 The former EastEnders actor is very protective over his mum and sisters, something that he says stems from the death of his dad, Ricky, who died when Joe was just 11.

He explained: "I witnessed what happened and I struggled to deal with it. I still find it difficult to see people crying.

"Suddenly I was the only man in the house and I became very protective of my mum and my sisters. I feel I stepped into my dad’s shoes." 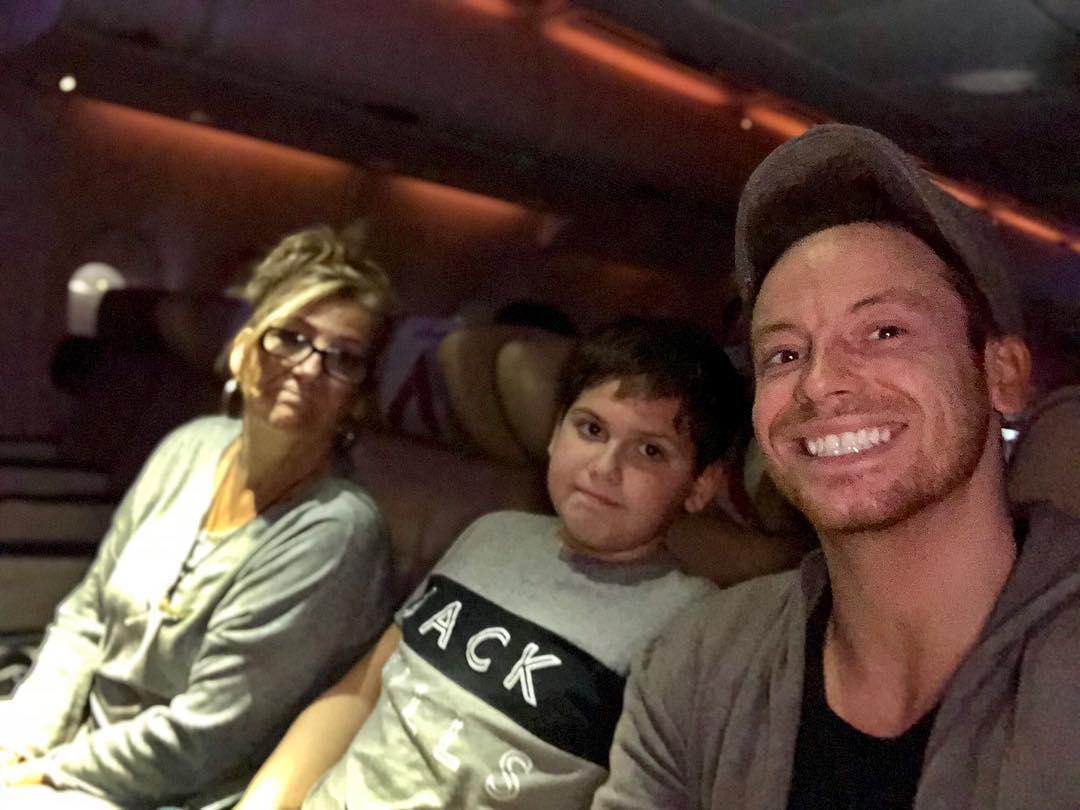 I’m A Celeb is due to return to ITV next Sunday – but with some noticeable changes.

First of all, there will be no Ant McPartlin on the show this year – marking the first time in the 18-series run that the Geordie lad will not co-host with Declan Donnelly.

Ant’s absence is down to the star taking time out of the spotlight after being involved in a drink-driving incident earlier this year that saw a young girl hospitalised.

Holly Willoughby has been drafted in to replace him as co-host.
Got a story? email [email protected] or call us direct on 02077824220.