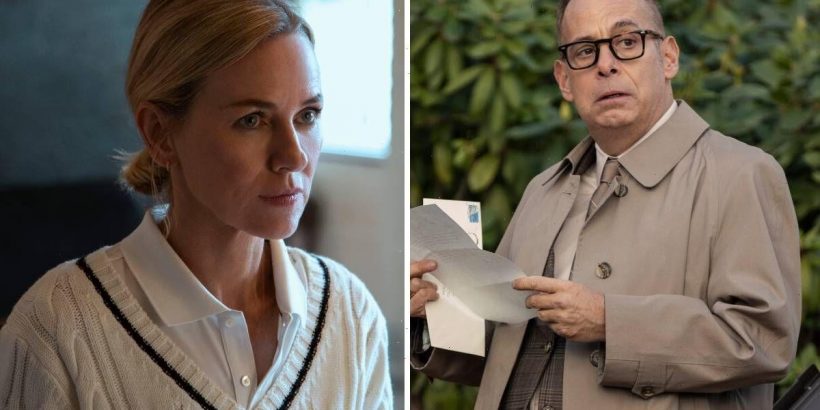 Created by American Horror Story mastermind Ryan Murphy, The Watcher delves into a couple’s lives as they receive threatening letters shortly after moving into their new home. Among the disturbing presences in their lives is John Graff (played by Joe Mantello) who turns out to be a serial killer. What Netflix fans are eager to know though is whether or not he was a real person.

WARNING: This article contains spoilers from The Watcher.

Was John Graff from The Watcher a real person?

The Watcher itself is based on the true story of Derek and Maria Broaddus who are represented by Dean and Nora Brannock, played by Bobby Cannavale and Naomi Watts.

The main plot is based on when they were stalked in 657 Boulevard which was written about in a New York magazine article in 2019.

This wasn’t the only true element of the Netflix series as Murphy decided to weave another real element into the story.

While John Graff doesn’t exist, he is based on a very real serial killer who isn’t connected to the couple.

The Watcher’s John Graff is inspired by the 1970s murderer John List who killed his entire family.

They had three children, Patricia, John and Frederick and moved to Jersey City with his mum in 1965.

List and the family moved into a Victorian mansion called Breeze Knoll in Westfield and just a few years later, Helen became an alcoholic and List had serious financial difficulties.

In November 1971, List shot his mum Alma and wife dead at their home before killing children Patricia, 16, and Frederick, 13, when they returned home from school.

He then went to 15-year-old John’s football game and drove him back to their house afterwards.

There was evidence that John tried to defend himself but List shot his son several times, killing him almost instantly.

He went on to place his mum’s body in her attic apartment and the rest of his family’s corpses in the ballroom.

List wrote a letter to his pastor, explaining he killed his loved ones to save their souls from the world’s evil.

Similarly to The Watcher, List cut out all of his pictures in the family photo album so he would be more difficult to identify and then cleaned the house from top to bottom.

He also told the children’s schools and Helen’s work that they would be away for several weeks, visiting his sick mother-in-law.

It was only when a neighbour contacted the police, concerned the lights were always on in the house a month later that the bodies were discovered.

Helen’s mum was expected to be the sixth victim but she survived after postponing her trip because she was ill.

List was able to get away with his crimes for almost 18 years, having changed his identity, moved to Denver and remarried.

It was only when the case was brought up again on America’s Most Wanted in 1989 that a neighbour informed the police of their similarities.

He continued to insist he was a man called Bob Clark for several months before admitting who he really was.

In April 1990, List was sentenced to five consecutive terms of life imprisonment, one for each first-degree murder conviction.

He initially argued he wasn’t in a fit mental state as he was suffering from PTSD, brought on by his experiences in the military.

He died six years later of pneumonia complications at the age of 82.

The Watcher is available to watch on Netflix.