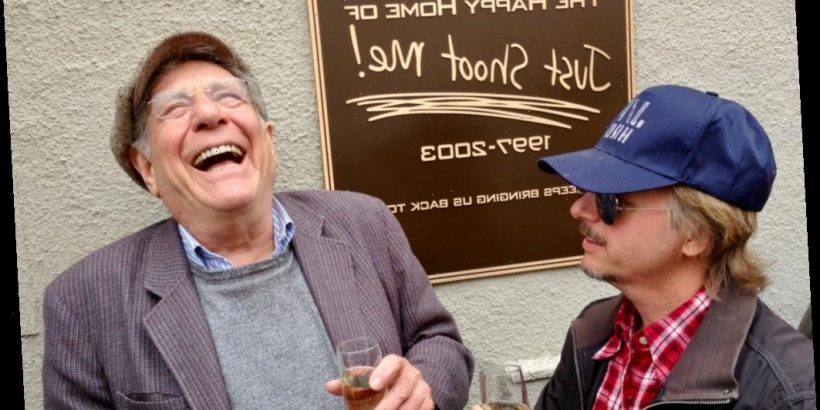 Earlier this week, we lost George Segal, who died at the age of 87 of complications from bypass surgery.

One of the most memorable roles of the versatile actor, whose credits range from the Oscar-nominated performance in Who’s Afraid of Virginia Woolf? to his final role on ABC’s The Goldbergs, was on the hit NBC comedy series Just Shoot Me!, created by Steve Levitan. Segal played fashion magazine publisher Frank Gallo on the show, which aired for seven seasons from 1997-2003. “This was a happy seven years,” Segal said of his run on the show during a June 2020 reunion.

Here is what Levitan remembers about working with Segal on Just Shoot Me!, which also starred David Spade, Laura San Giacomo, Wendie Malick and Enrico Colantoni, and what he will miss about him the most.

What I’ll miss most is his laugh. There was simply nothing better than the guffaw that came deep from the heart of George Segal. At table reads for Just Shoot Me, we had to keep a roll of paper towels near George because, inevitably, some line (usually a fellow actor’s line), would make him laugh so hard that tears would roll down his face. It was loud and joyous and generous, just like the man himself.

I first came to love George watching him with Johnny Carson on the Tonight Show. I found their dynamic hilarious, the way Johnny always seemed slightly annoyed by George’s asides or especially by his banjo, and the way George never seemed to give a damn. He just kept smiling that devilish smile because George was having more fun than anyone. 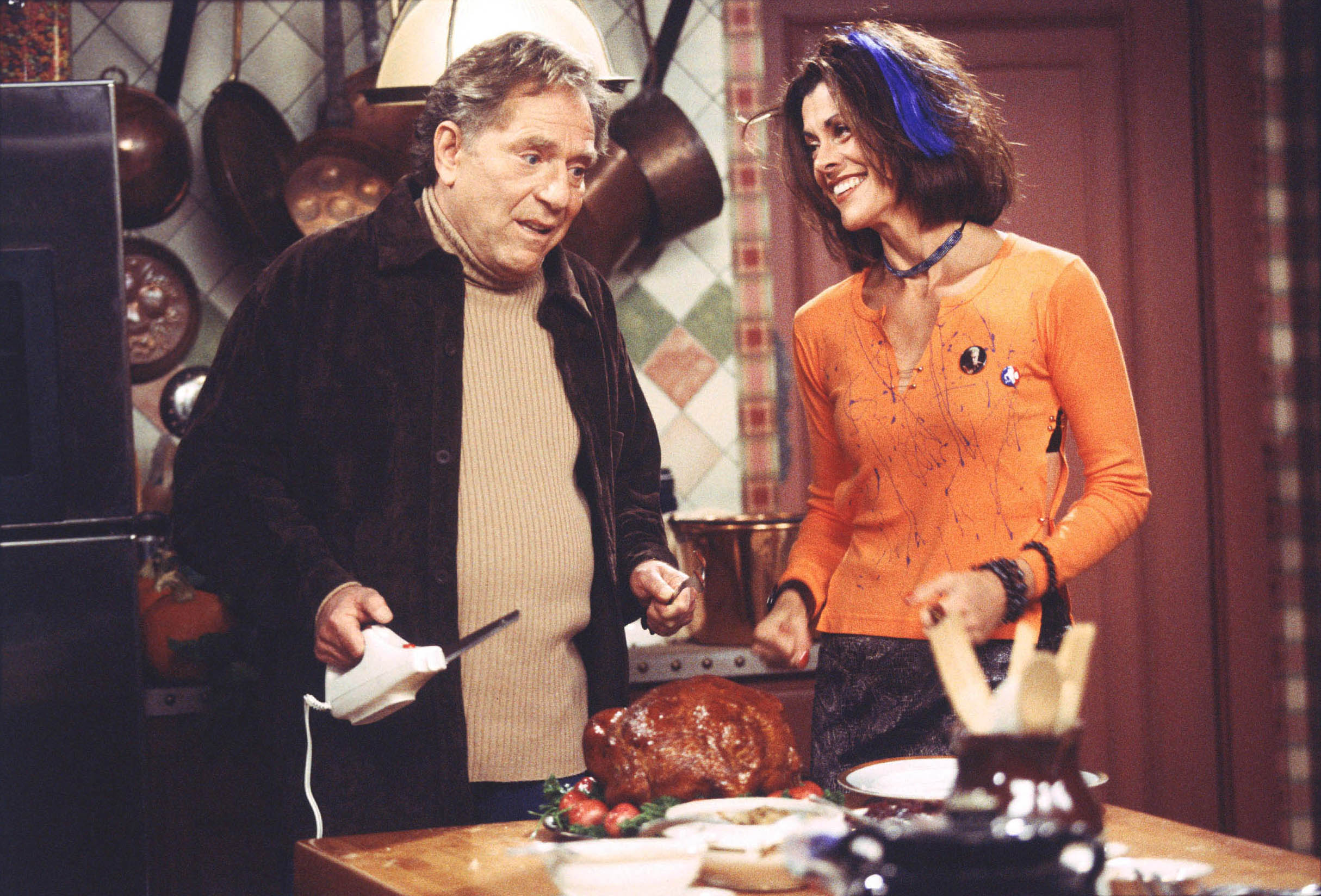 We were all so honored and thrilled when he agreed to join the Just Shoot Me cast. I was also nervous because here was an Oscar nominee and the star of some of my favorite movies. But in walked sweet George, all smiles, bursting with stories (so many stories), just happy as hell to be there.

George’s character on Just Shoot Me, magazine publisher Jack Gallo, was flawed. He hadn’t been a great father, he was shallow, impatient and he was full of himself. But George infused him with tenderness, vulnerability and charm. George was lovable so Jack was lovable. That, to me, was his greatest gift.

When we cast David Spade to play Dennis Finch, Jack Gallo’s assistant, we worried David and George wouldn’t jell. George was old school, animated and sentimental while David, fresh off SNL, was sarcastic and dry and guarded. But the minute David nailed his first big joke at the table read, George guffawed, grabbed a paper towel and a wonderful close friendship was born.

In fact, George was extremely close with the entire Just Shoot Me cast; Laura, Wendie, Enrico and our house director Pam Fryman. (You can get a glimpse of the love between everyone in a virtual reunion we all did last June – Google “Just Shoot Me Reunion”).

I think George had a happy third act. He loved to work and was proud to be a part of Just Shoot Me and The Goldbergs. Most of all, late in life, he married his high school sweetheart Sonia, who he always looked at like he was still a sixteen-year-old with a crush.

So, while we’re all feeling pretty lucky that we got to spend time with one of the greats, our friend George, it’s hard to accept that we’ll no longer get to hear that full-hearted, contagious laugh.

Today we’re all reaching for the paper towels.

Above (top) and below are photos from April, 14, 2003, when a plaque on the Just Shoot Me! soundstage at CBS Radford was unveiled. You can also watch below the Just Shoot Me! 2020 reunion, a classic scene with Segal from the show’s first episode and a clip of one of his memorable Johnny Carson appearances featuring the famous banjo. 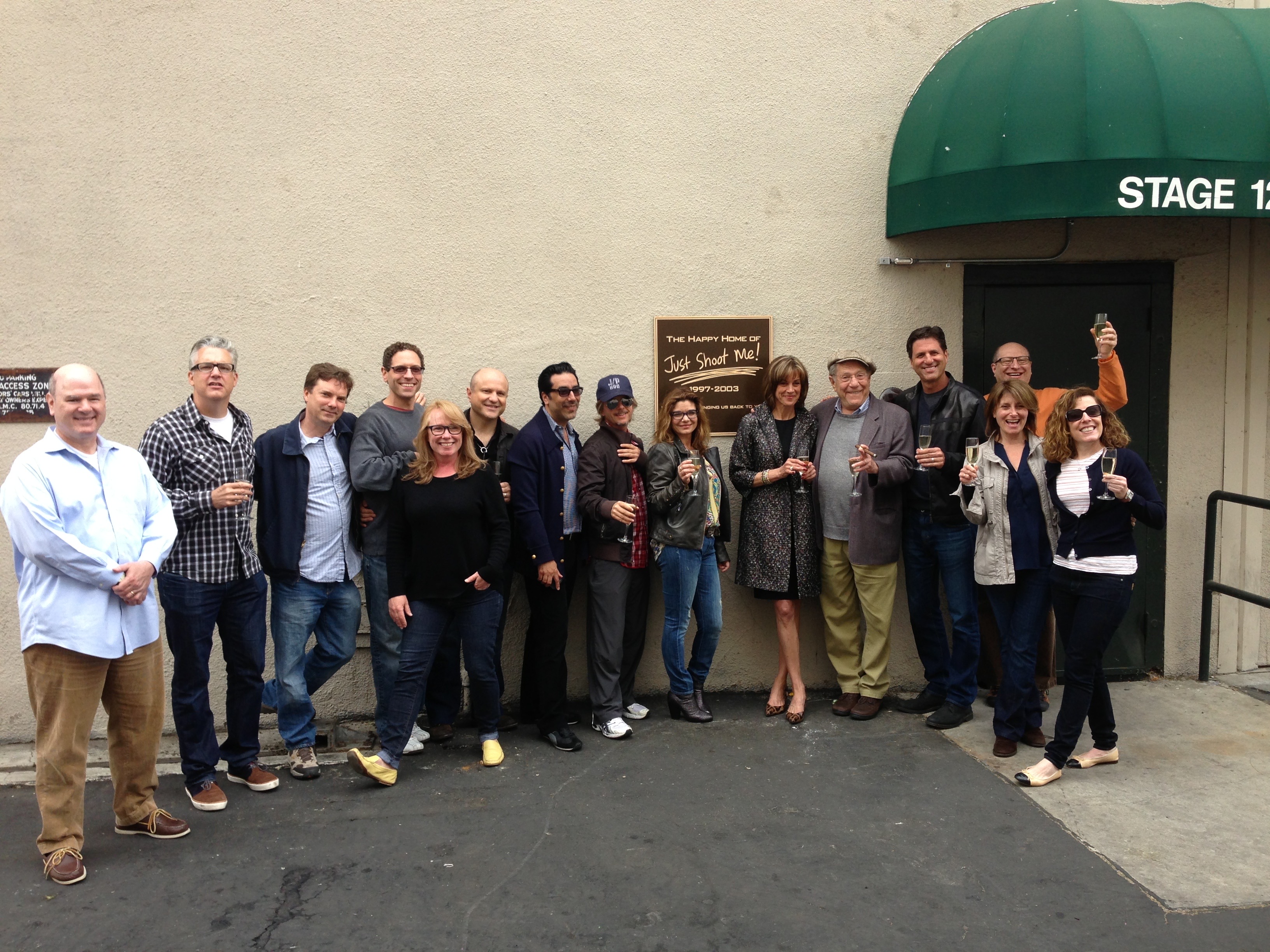