PREGNANT Kate Ferdinand has given her fans a glimpse of the contents of her hospital bag – which includes seven bags of crisps for husband Rio.

The ex Towie star, 29, excitedly announced in June that she was expecting her first child with the former footballer 42. 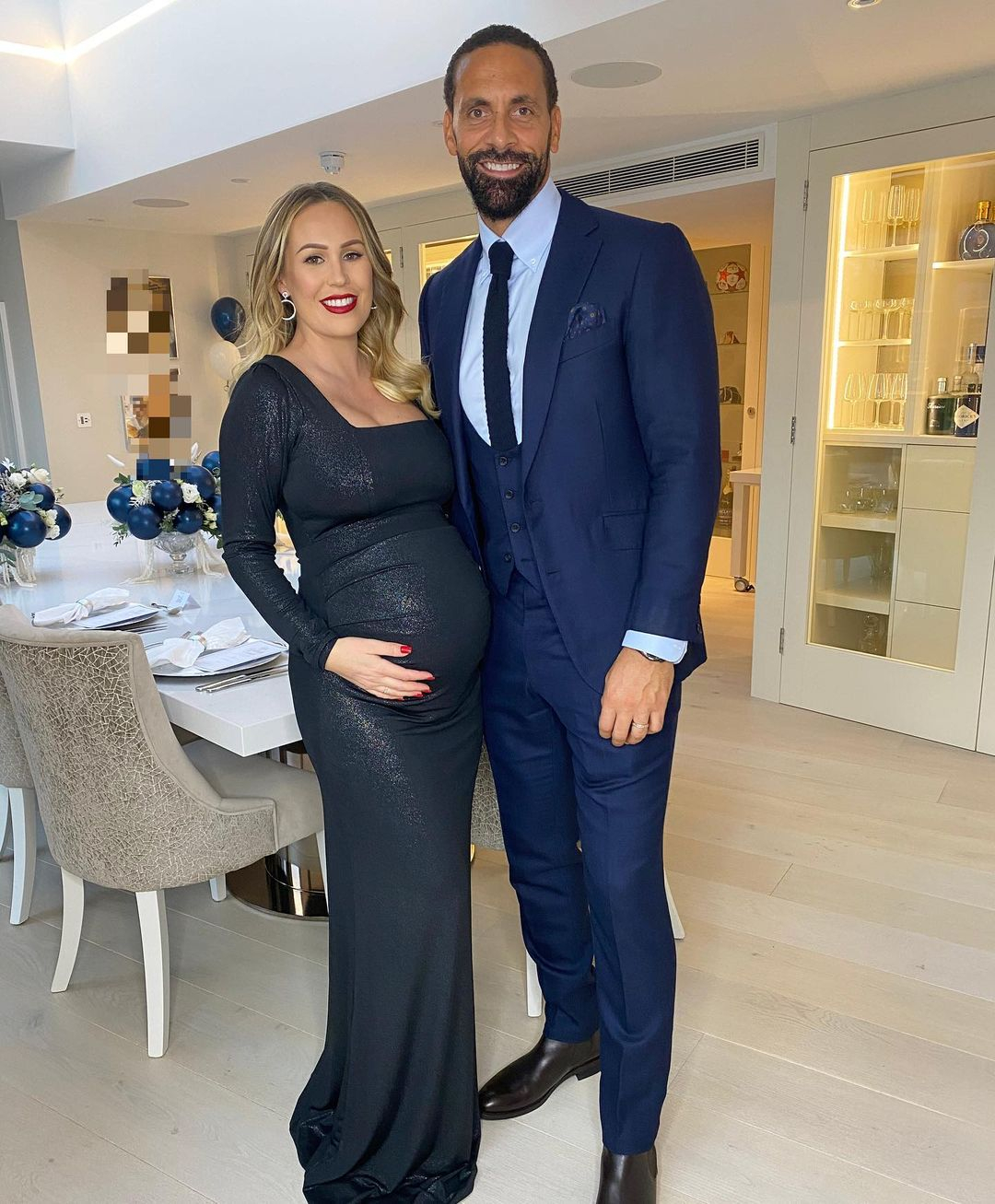 And as her due date draws ever closer, the blonde beauty revealed on her Instagram Stories that she's been busy preparing her hospital.

Going through her productive evening, Kate revealed three clear sandwich-style bags labelled with their names and the snacks packed.

Sitting in the centre was Rio's treat bag, which was hilariously filled with seven bags of Hula Hoops; three ready salted and four BBQ beef.

On the right-hand side was Kate's little stash of prawn cracker-flavoured Walkers crisp while the bag on the left-hand side featured a selection of biscuit bars such as Time Outs and Maoam sweets. 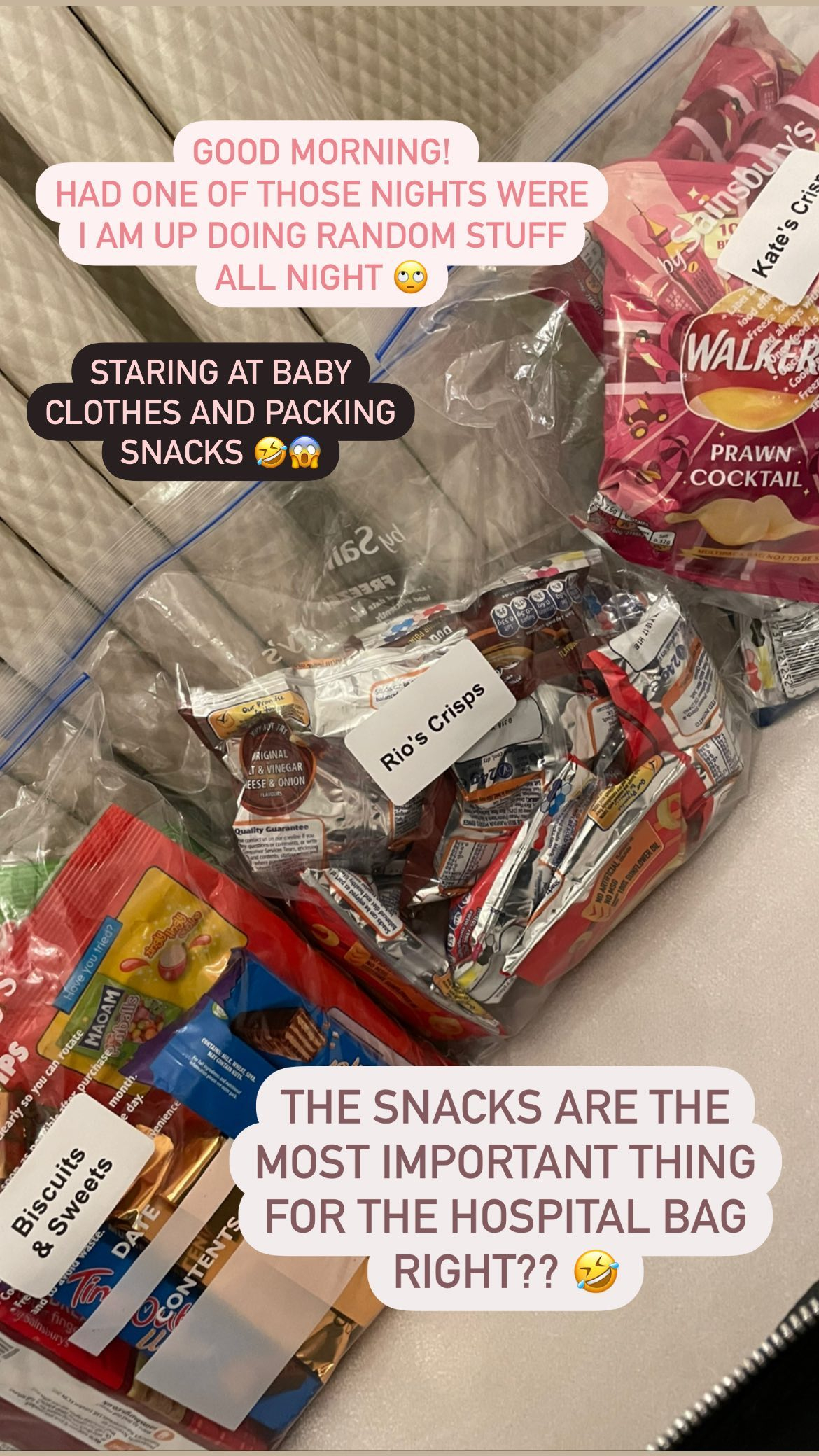 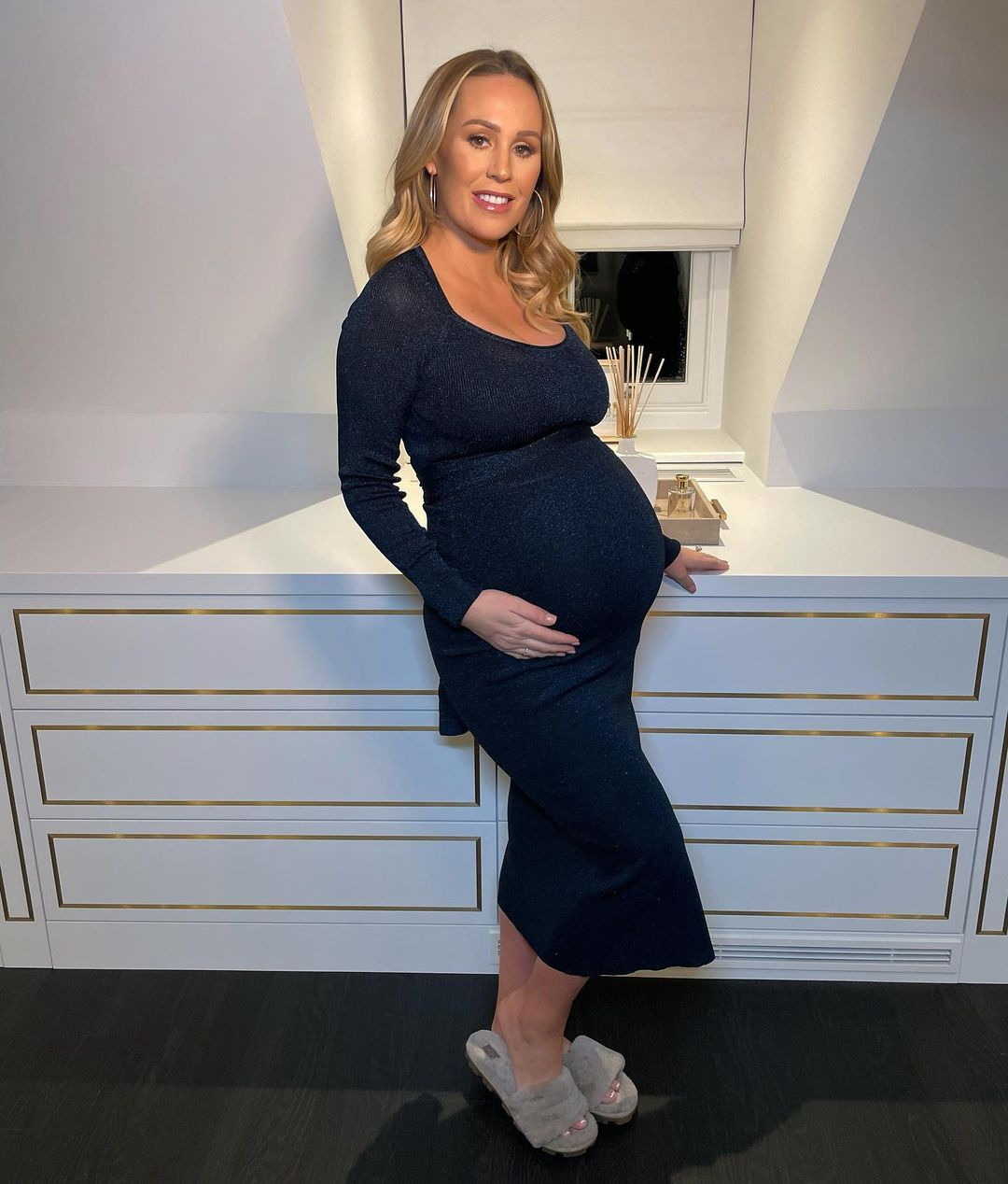 Writing across the shot, the reality TV star wrote: "Good morning! Had one of those night were I am up doing random stuff all night.

"Staring at baby clothes and packing snacks. The snacks are the most important thing for the hospital bag right???"

In her subsequent Stories, Kate showcased several personalised outfits for their impending arrival. 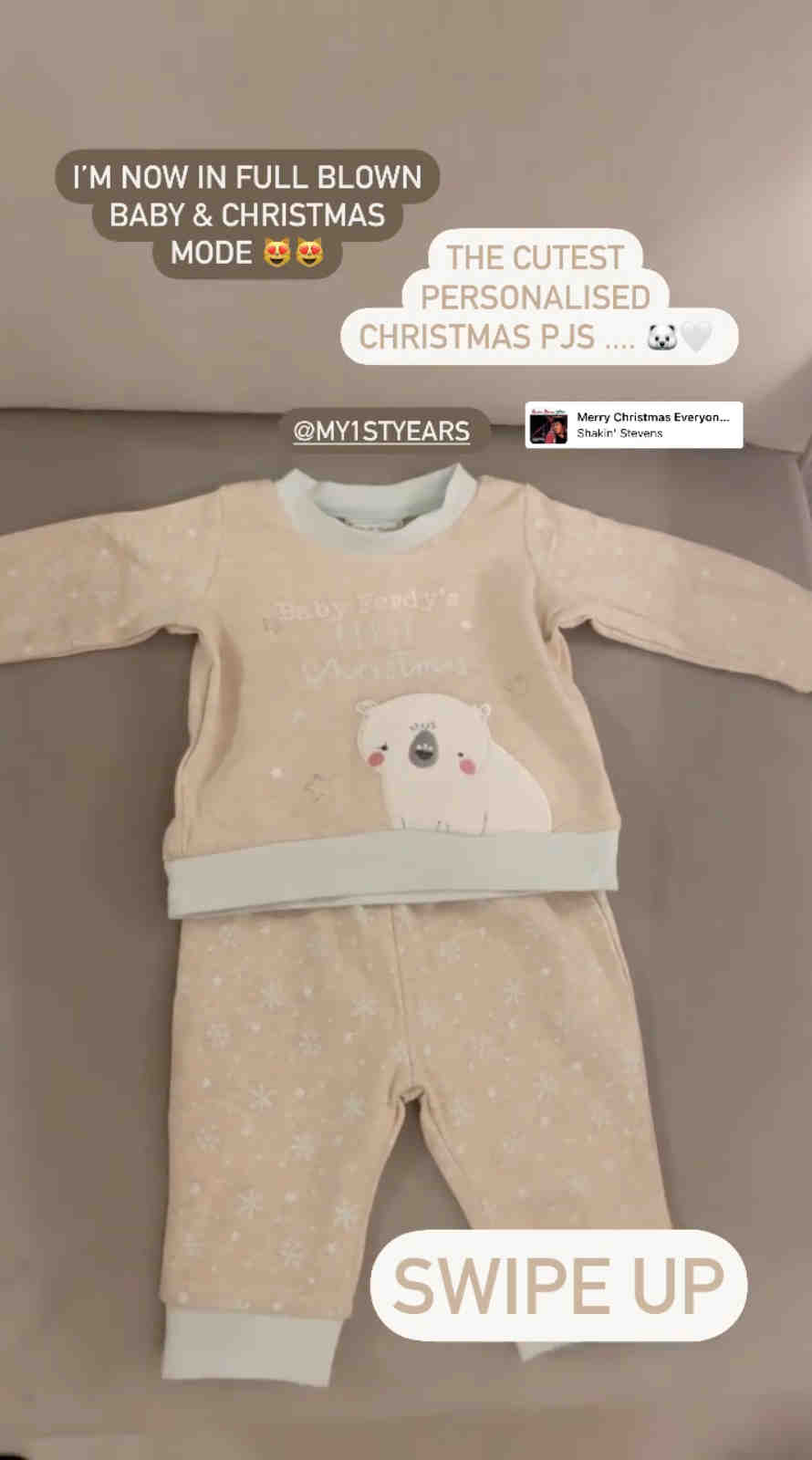 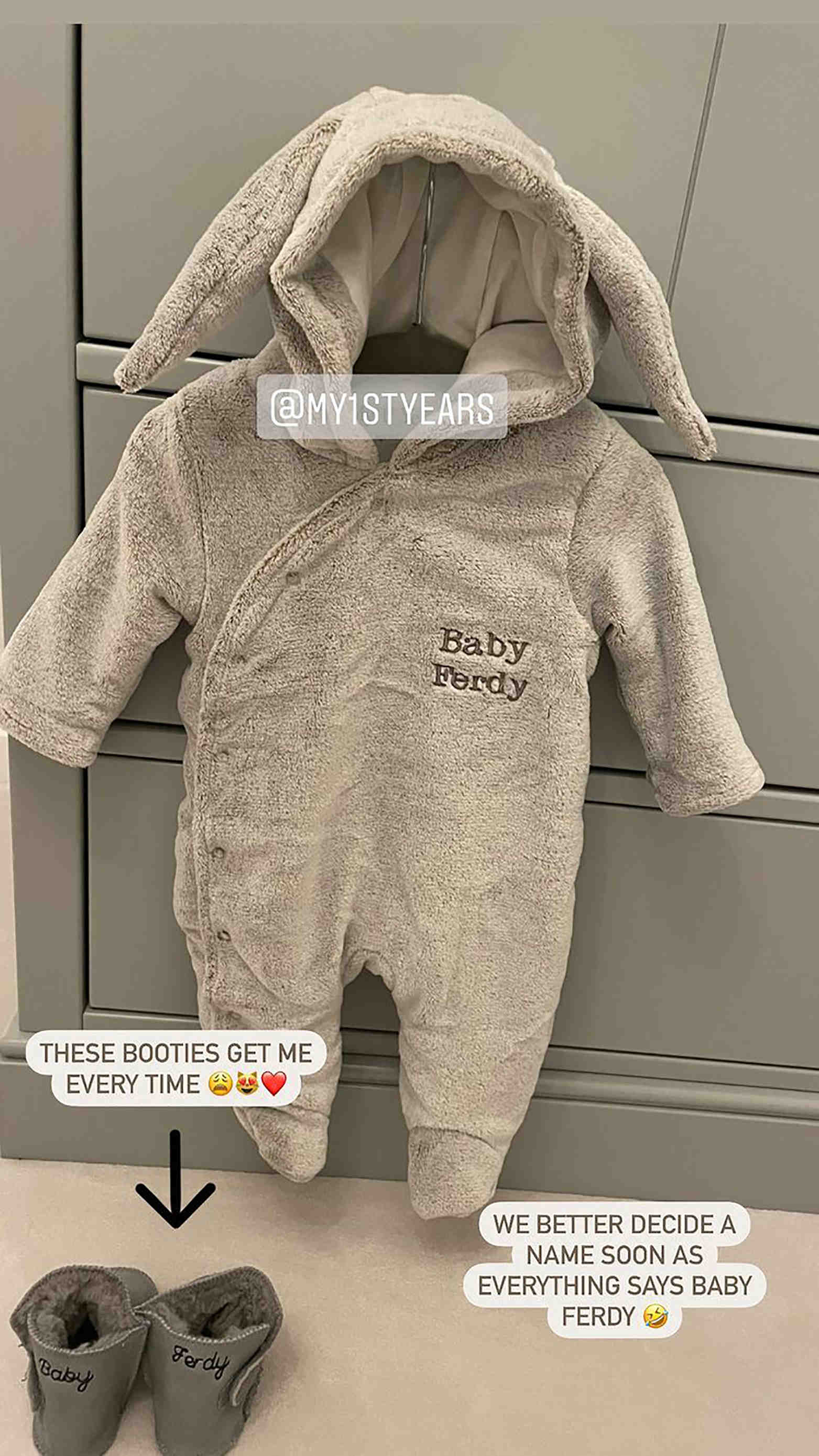 Although the clothes were adorable, Kate joked they better think of a name for the little soon as they continue to get personalised threads and blankets for the new arrival.

As excitement mounts for their new addition, Kate previously admitted she was worried about taking care of a newborn – namely changing nappies.

"I said, ‘Rio, I’ve never changed a nappy’. He was like, ‘What?!’ But I haven’t had children and I don’t have brothers and sisters. I haven’t got nieces and nephews.

She added: "It’s going to be a big adjustment, because I feel like I know the older stage of being a mum but not to a newborn."