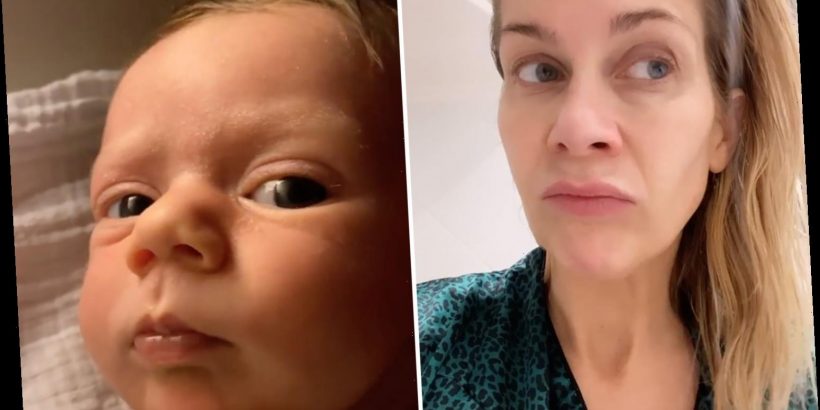 KATE Lawler filmed herself on the TOILET as she documented her sleepless night with baby Noa.

The Virgin Radio host was so tired she forgot her baby's name after having just four hours sleep with Noa – who recently battled an infection in hospital. 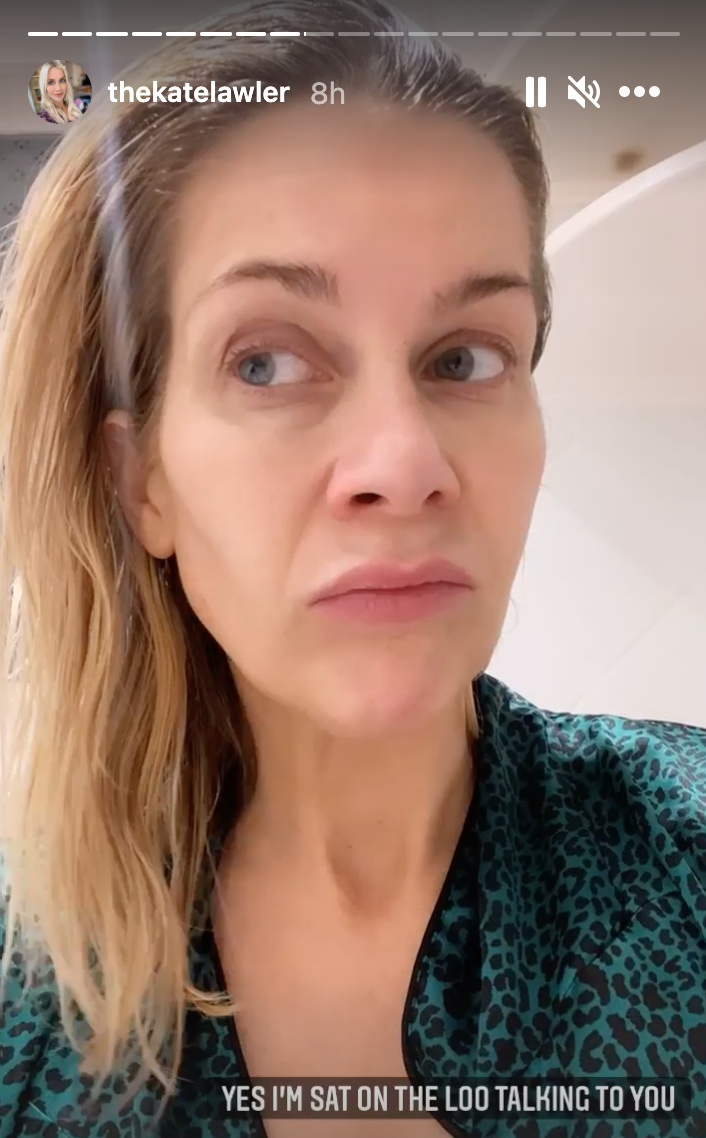 Kate, 40, told fans last night: "Yes I'm sat on the loo talking to you" as she lifted the lid on the reality of being a new mum.

The star made viewers laugh with her hourly updates in candid posts on Instagram, admitting she found herself wandering to the fridge many times as she looked for snacks to keep awake.

At 12:15am her fiance Martin presented her with a plate of toasted hot cross buns.

Around an hour later, Kate tucked into toffee biscuits as Noa wailed in the background. 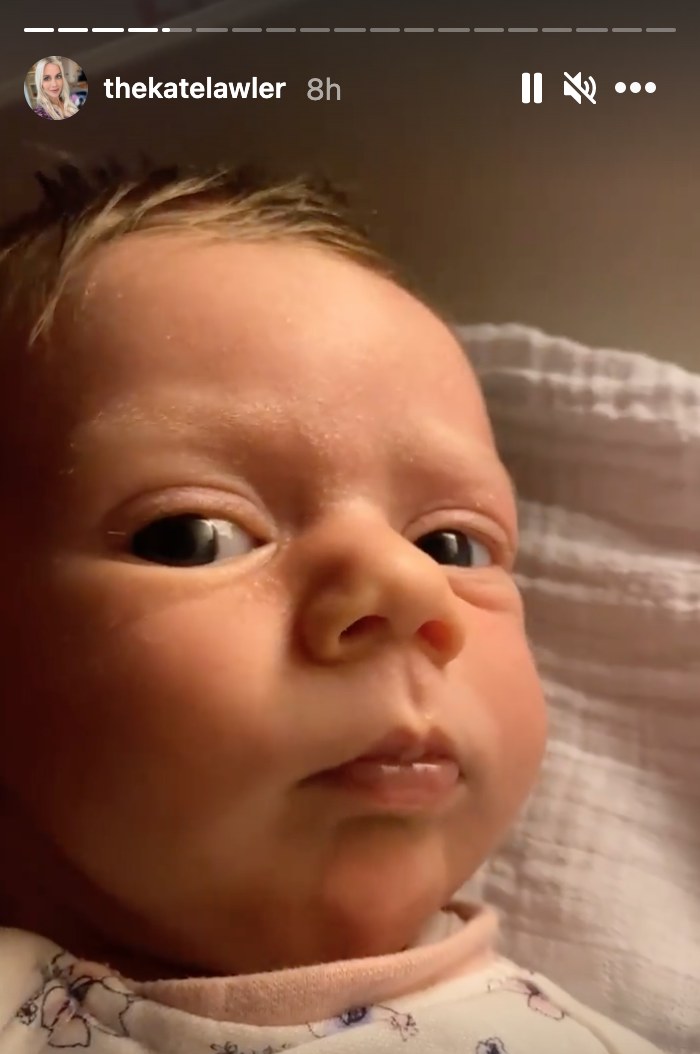 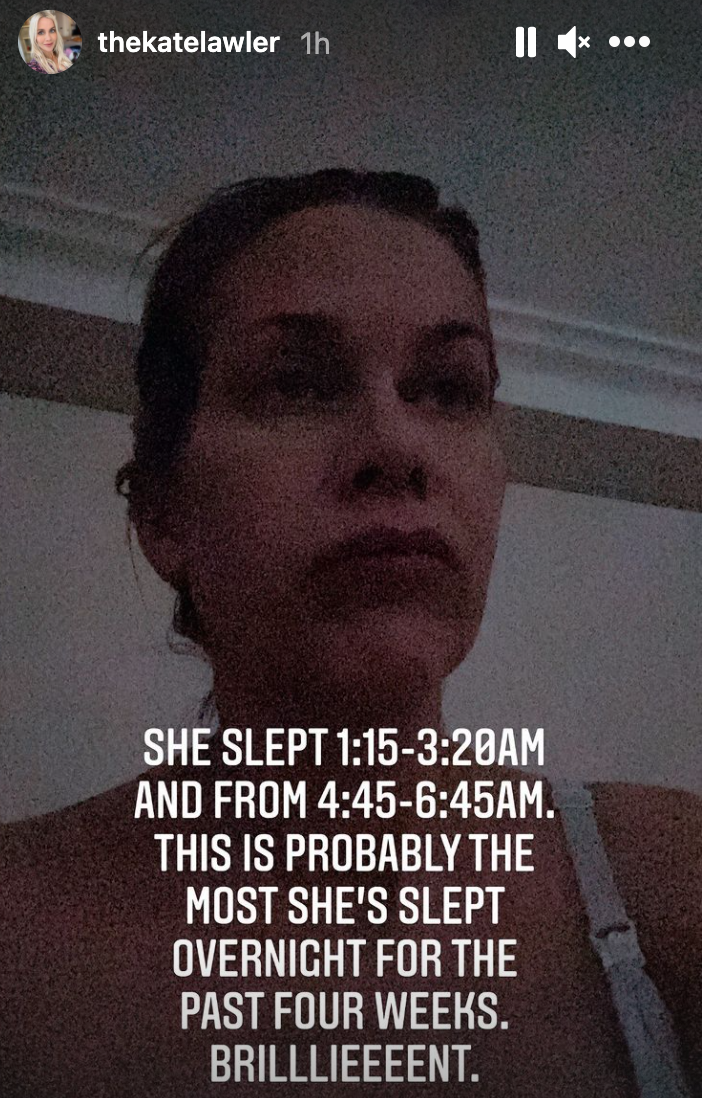 She told fans: "Don't worry, the handsome (Martin) is with Noa. I’m not letting her cry so I can snack ".

She added later: "I’m currently growing mini fridges. Does anyone need anything from Amazon Prime? I think I need a mini fridge to keep midnight snacks in for the nursery."

In another clip Kate gulped a green smoothie and said: "Parenting is a right laugh.

"It’s a bit like Groundhog Day isn't it when you're a new mum. I plan to go to bed at half nine most nights. 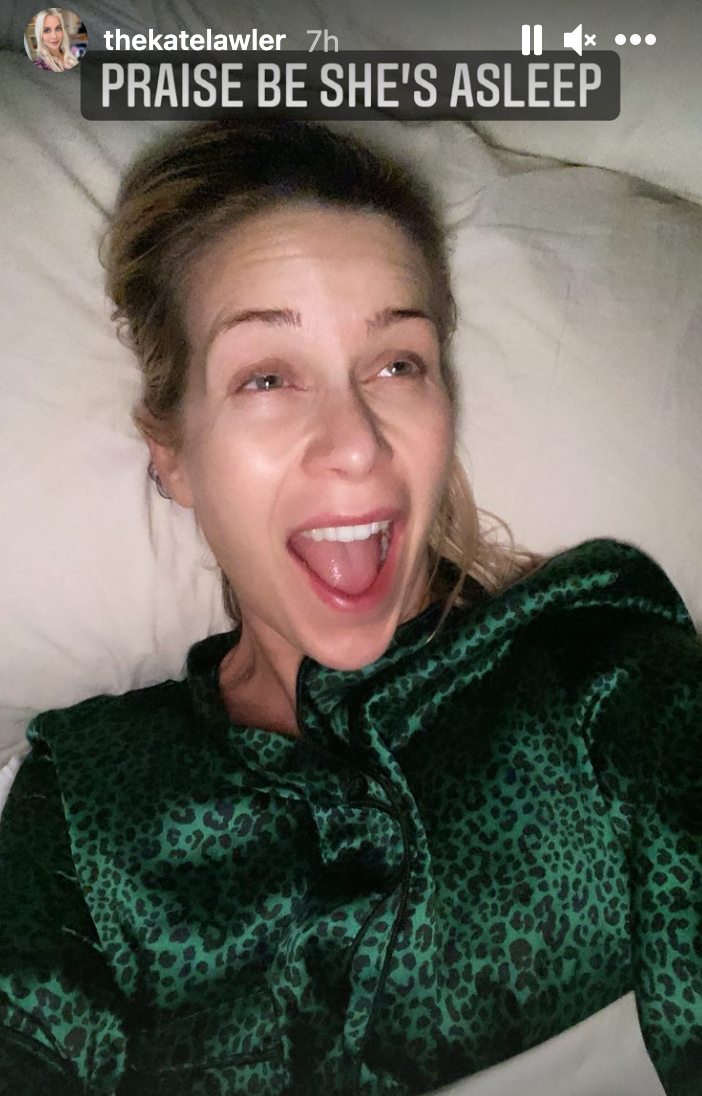 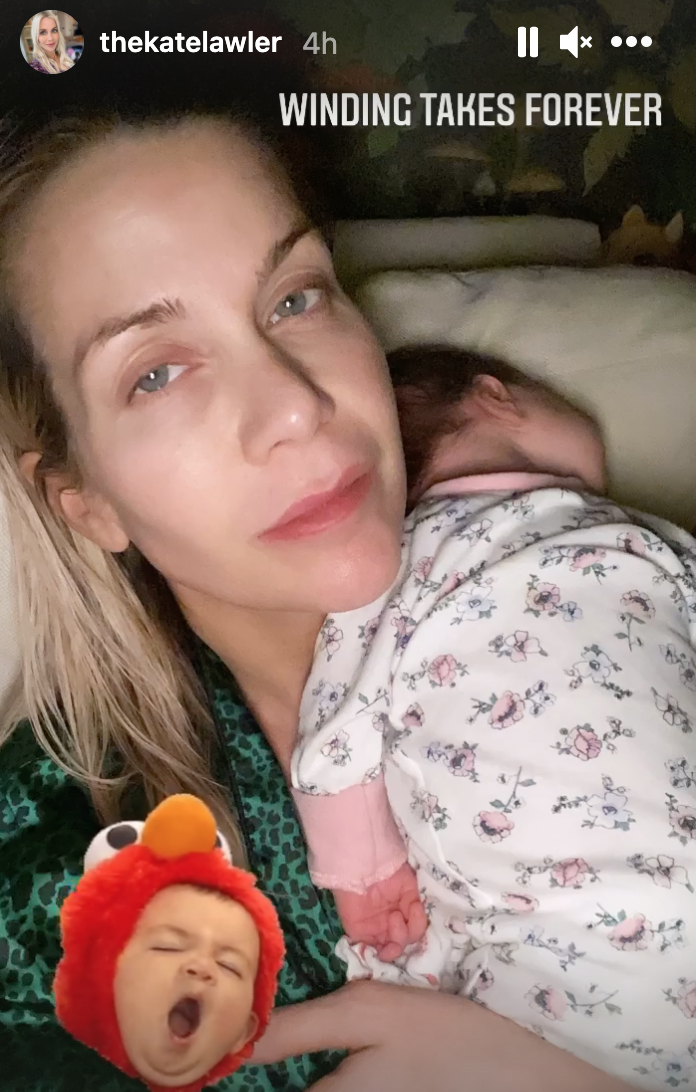 "Will it get better? I bloody hope so. I really do. Because this isn't fun. At all."

But Kate insisted her daughter's four hours of kip was actually a huge step forward for the tot.

She revealed: "This is probably the most she's slept in four weeks."

However, Kate joked she was so sleep deprived that she forgot her baby's name.

She said: "I can’t believe she's a month old. I feel like I've been doing things for a year.

"Do you want to know how tired I am, I just called Noa Shirley. I said ‘good girl Shirley’."