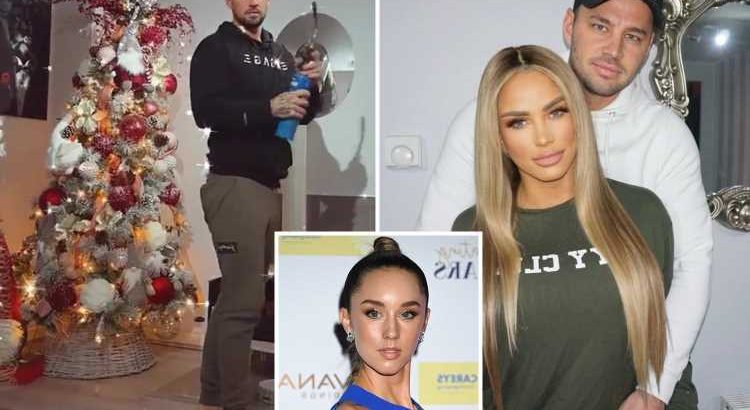 The 43-year-old posted a clip on Instagram after returning to fiance Carl Woods' home – and demanded he take down the Christmas tree. 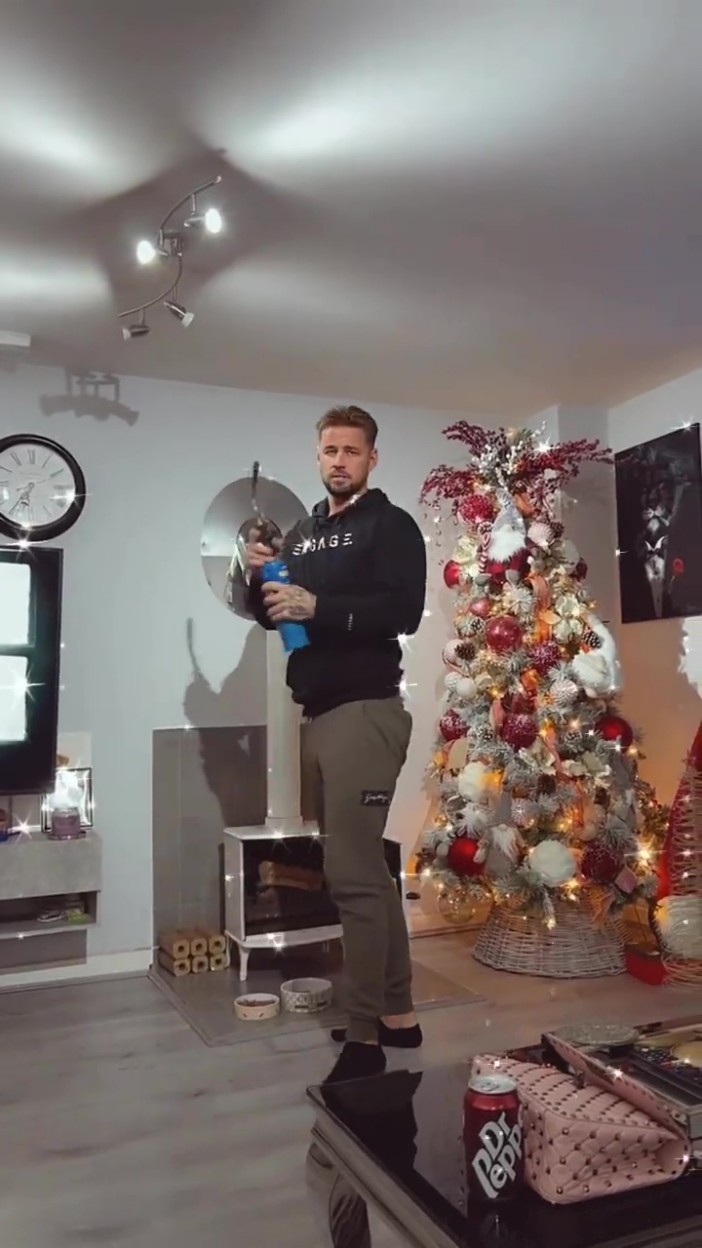 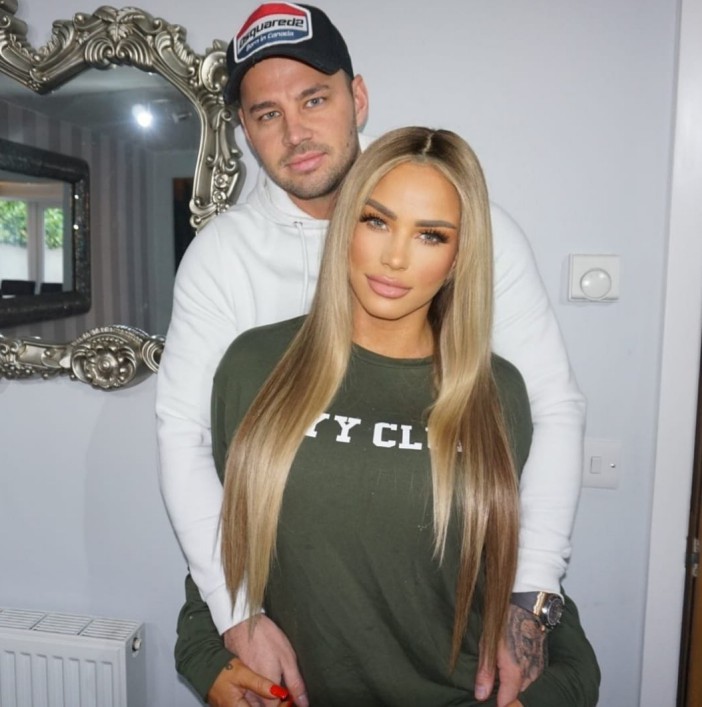 In the clip Carl can be seen trying to light the fire with a blow torch, as Katie says: "Back in Essex, baby! I think we'd better take that tree down, it's bad luck."

As he struggles to light the blow torch, she then asks Carl: "What the hell are you doing?" Panning the camera to Carl's dog, she asks: "Is he crazy, Sid?"

Branding doctor Emily a "disgusting person" Katie raged: "Always said I don't want to be famous yet doesn't do too bad to stay away from media and TV and now trying to make a career out of it.

"So cringe she has used my children to make money in photo shoots yet covers her own children's faces up!

"Oh and stopped my daughter from visiting me at The Priory when she wanted to see her mum. She is so jealous of my relationship I have with Princess and puts me down. 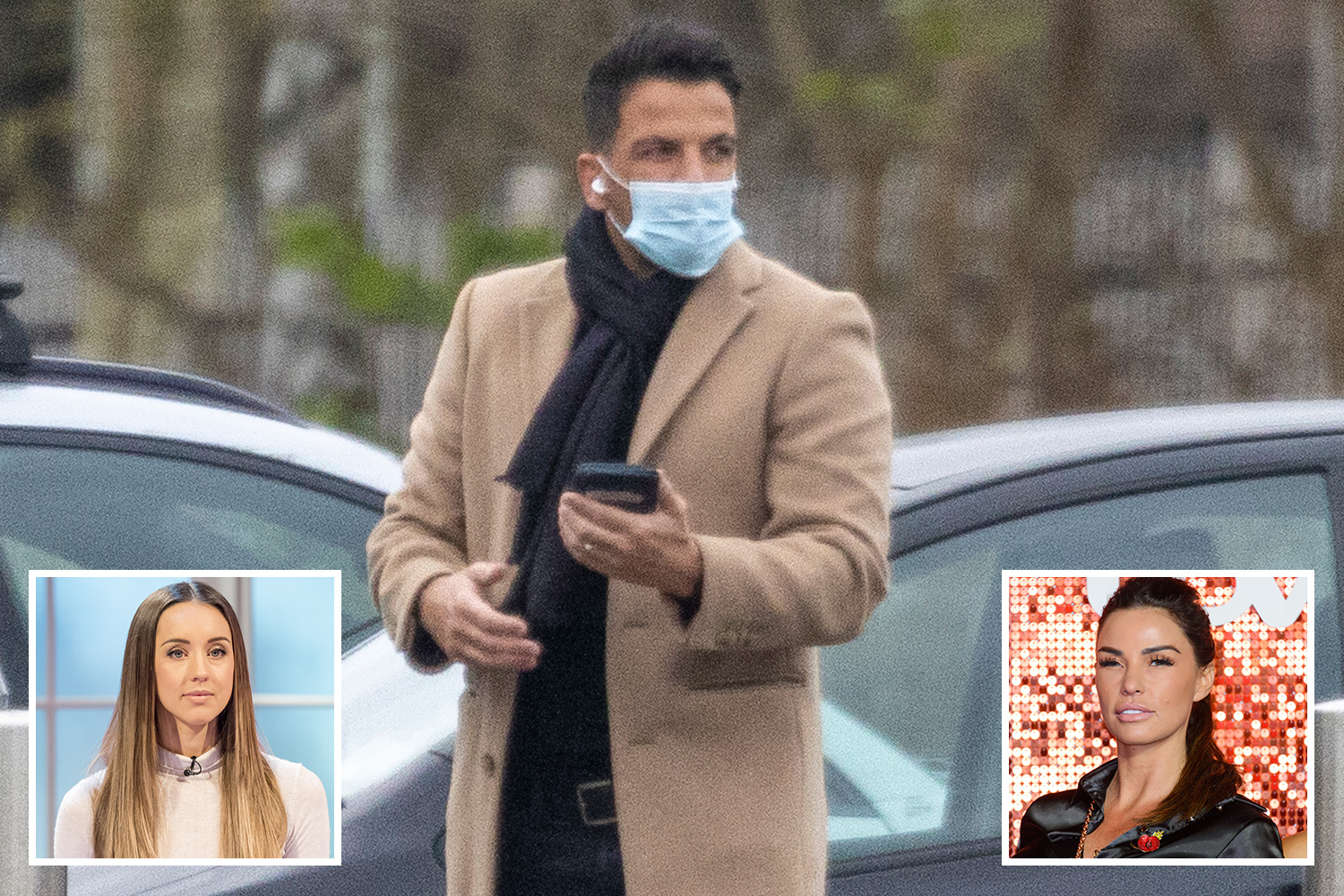 "Emily you are not and never will be my kids' parent so mind your own business, your so two faced and definitely not the person you portray to the public."

A source has dismissed her claims about the 32-year-old as "not just cruel – but totally untrue".

They also suggested Katie's jealousy fuelled the rant, which came on the eve of Emily appearing on Loose Women – Katie's old show.

The source said: "Seeing your ex's new wife appearing on your old show might hurt, but this is just jealousy – and it shouldn't be an excuse for such a vile attack.

"This attack is fuelled by jealousy, pure and simple.

"The claims she made are not just so cruel but totally untrue. Emily would never stand in the way of Princess seeing her mum.

Emily cares for Princess, 14, and Junior, 16 – Katie's children with singer Pete – when they stay with the couple and their own kids, Amelia and Theo. 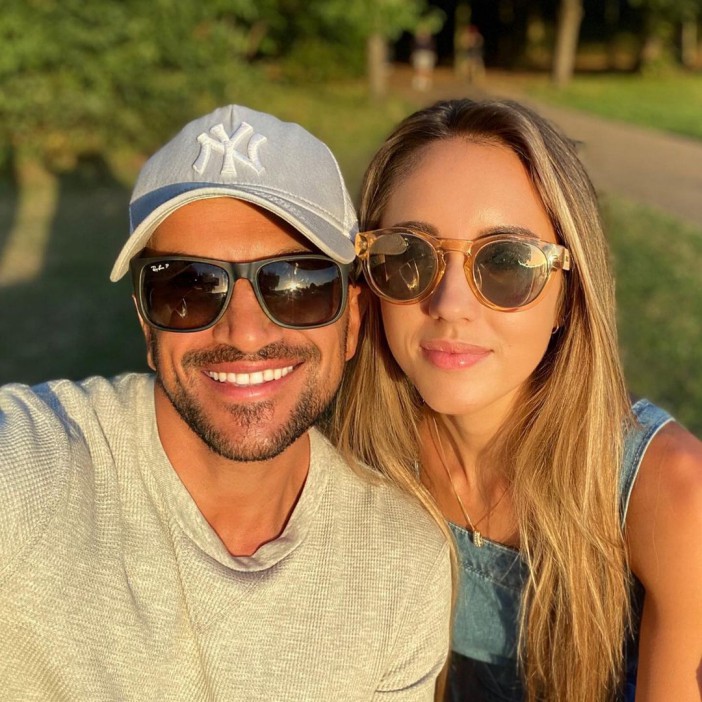 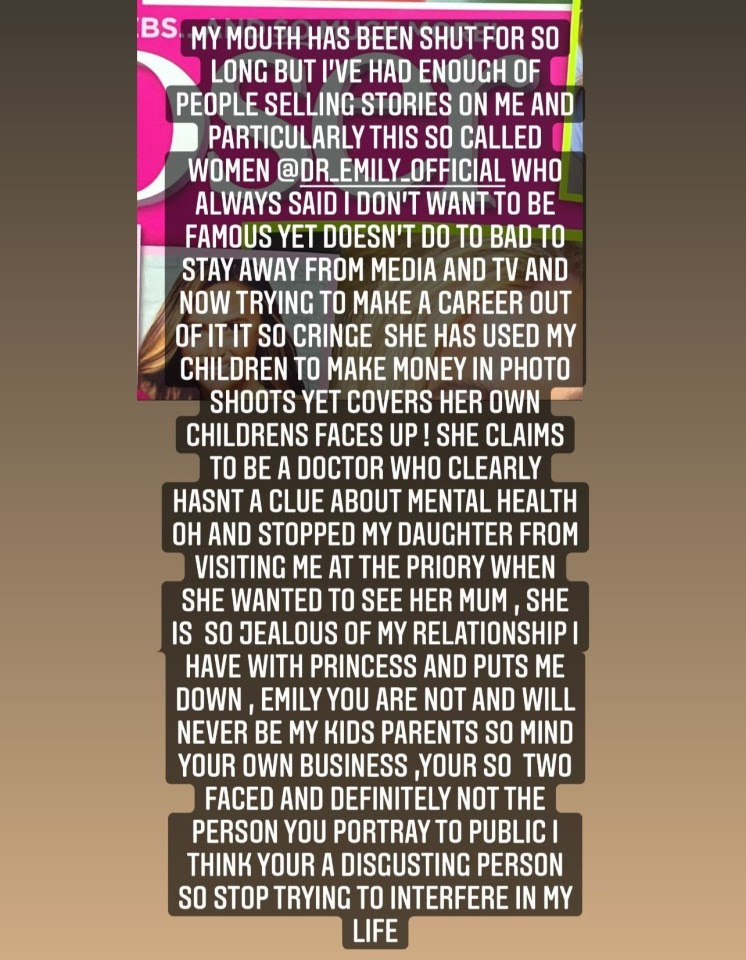