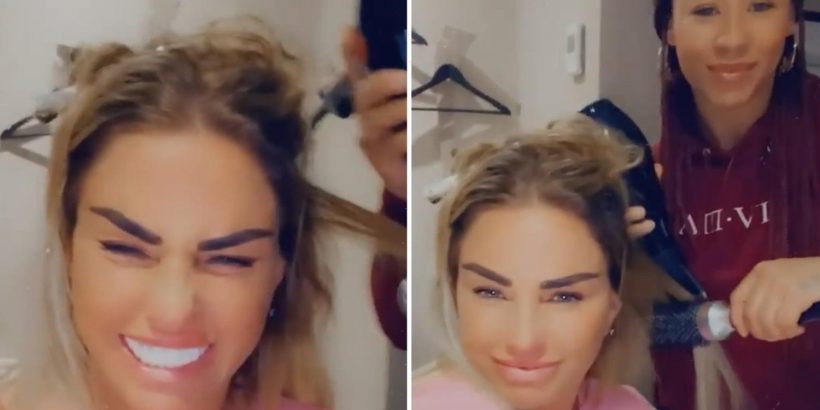 KATIE Price looked happy and healthy as she got a blow dry this evening from a pal she met in The Priory.

The 43-year-old was ordered by a judge to undertake treatment in the private facility last month after she was involved in a drink drive smash. 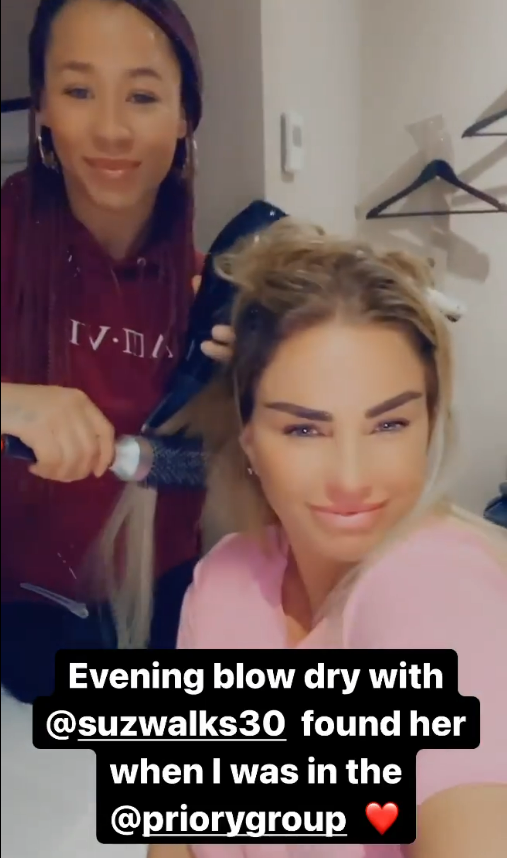 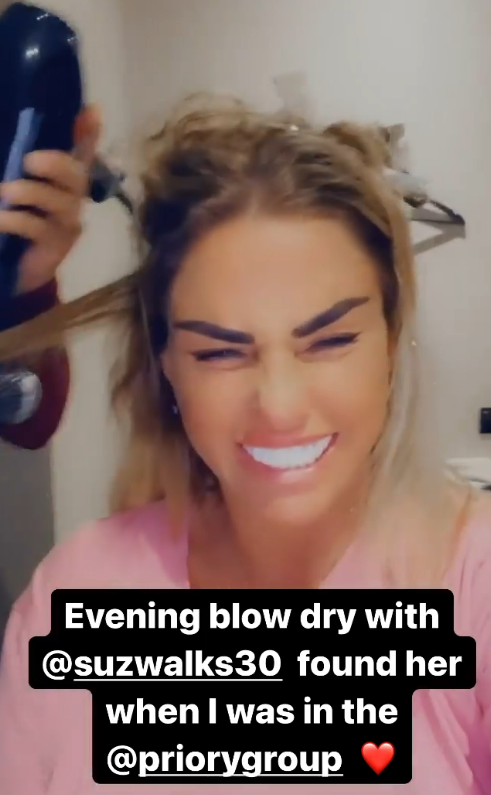 Katie recently finished her latest stint and is continuing her recovery at home ahead of her impending court date.

Tonight she put her troubles behind her and shared a video as her friend got to work – grinning at the camera.

She told her fans: “Evening blow dry with @suzwalks30, found here when I was in The Priory”.

Katie's latest stay at the private treatment facility comes after she pleaded guilty to a dramatic drink-drive crash in which she flipped her BMW while banned from the road in September.

The former glamour model – who tested positive for cocaine and alcohol – was also told she must not commit any further offences until she is due back in court on December 15.

Katie has been warned she could spend Christmas in jail if she's handed a custodial sentence at her court date.

Since returning home, Katie has turned her attention to work and has just launched a make-up range for children and adults.

She is also due to launch her new baby range soon alongside her sister Sophie after being forced to cancel it last month.

The star has also been working on herself with self help books after revealing she is suffering from PTSD.

Katie has previously had stints at The Priory and has praised them for helping get her life back on track.

The mum-of-five was originally diagnosed with co-morbid post-traumatic stress disorder in 2018 and entered The Priory for 28 days to treat it. 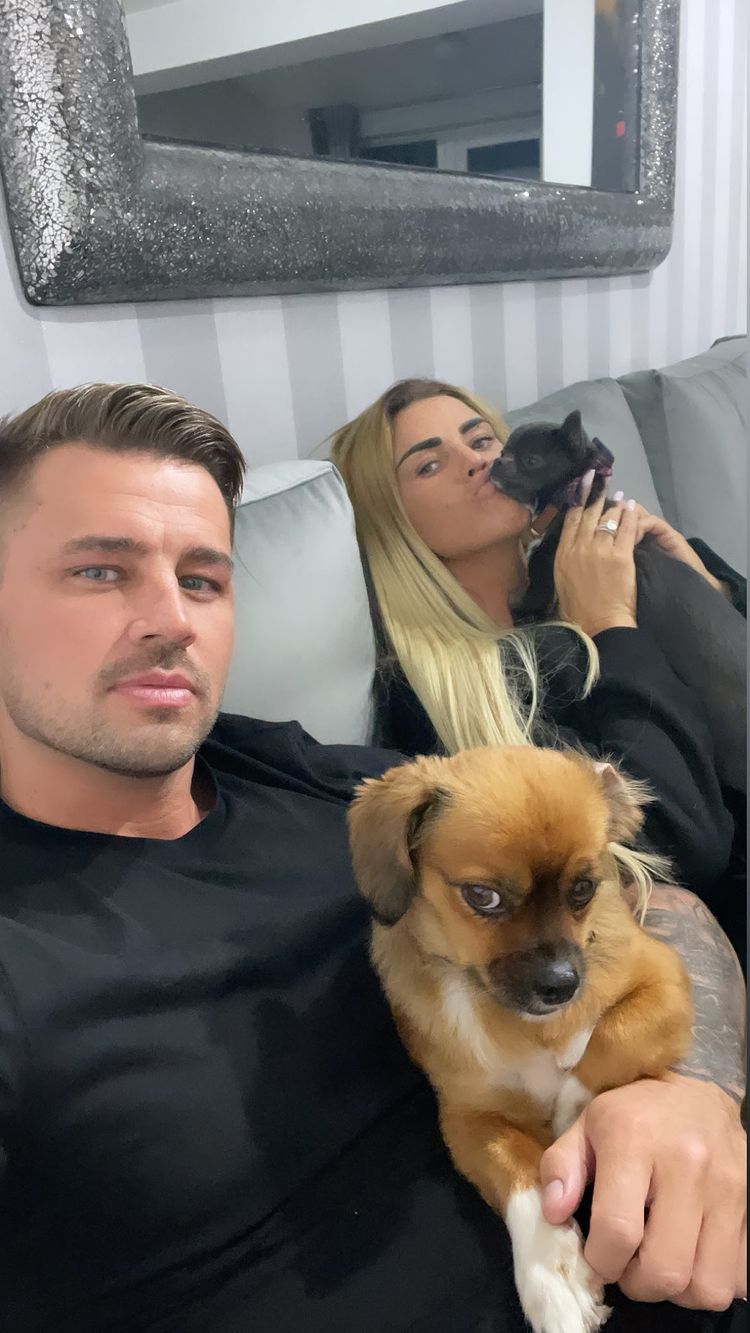