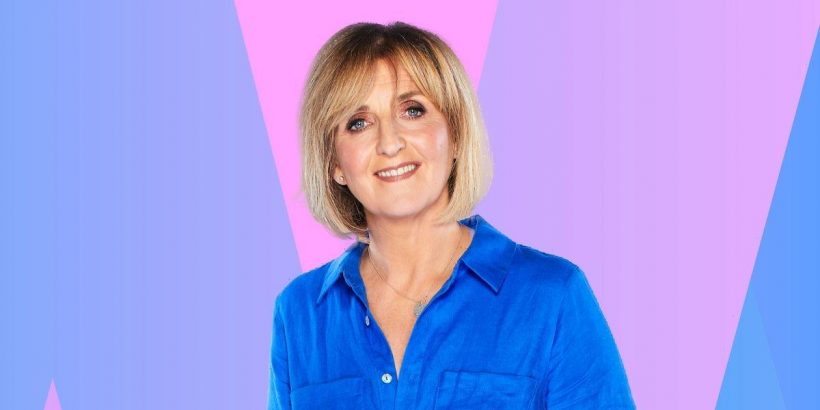 The stunning snap was first posted by her dance partner, Kai Widdrington, who captioned it: “Here we go first live show let’s go out there and smash it partner !!! [stars emoji] @kayeadamsofficial @bbcstrictly #strictly2022”.

The photo was then shared by Kaye to her own Instagram page, with fans immediately complimenting the TV presenter’s new look.

Kaye had earlier taken to her Instagramsharing that she and Kai will be dancing to ABBA’s Voulez-Vous.

Sharing this announcement she wrote: “I will be hitting the dance floor doing something I very much hope resembles a Tango!”

Fans of Kaye have been quick to compliment her new look, with one writing: “Absolutely gorgeous Kaye, have a fantastic evening and enjoy every moment [heart emoji] x”.

“Wow Kaye you look absolutely beautiful,” added another, following their compliment with a trio of fire emojis and another three heart eyes.

A third commented: “You look sensational. Go Smash it!”

Fans of both Kaye and Kai have shared their excitement after it was revealed that the pair would be dancing together.

“Love love love this partnership!! You have my support all the way, let’s do this guys #teamspecialk” wrote one fan.

Talking about being partnered with Kai, 27, to OK! and other press, Kaye joked: "My first thing was, 'Jesus Christ, I could have given birth to him!,' that was my first thought.

"But you know what? Having known him for two days, I wish I had. He is such a lovely, lovely guy. I'm not even gonna say boy, because he's just a great guy. He's so talented, has a great sense of humour and he's really made me feel so comfortable.

"I didn't think I would be able to feel so comfortable with someone so much younger, but it's just taken out of the equation because he's just a talented professional, really lovely guy and so yeah, I'm thrilled. I really am thrilled."

During the launch show, she sweetly added: "Can I just say to Mrs Widdrington, you have done an amazing job with this guy, he’s such a lovely man, he really is, I’m so happy to be with Kai!"

Hosted byTess DalyandClaudia Winkleman, the Strictly launch show on Friday saw 15 celebrities paired with their new professional partners take to the floor for the first time in a huge group number.