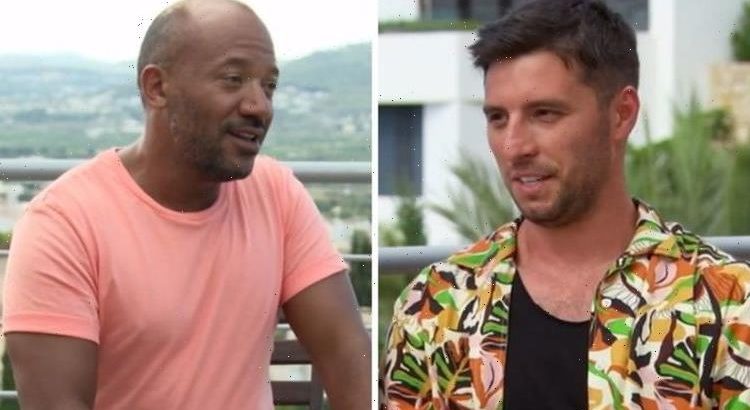 A Place in the Sun: Guests accept counter offer after rejection

Newlyweds Alison and Gabriel were searching for their dream holiday home in the town of Denia on Spain’s Costa Blanca. A Place in the Sun’s newest recruit Craig Rowe was on-hand to find them the perfect place for their £100,000 budget, but it proved to be a difficult task as the couple changed their minds about what they wanted during the search. The property expert admitted to the pair they were “keeping him on his toes” in Friday’s episode of the Channel 4 show.

At first, the couple seemed interested in several of the properties Craig had lined up.

The first was a two-bed apartment in Denia, which had a balcony at the back and another larger balcony at the front with both mountain and sea views.

Inside was an open-plan living-dining room, a separate kitchen, two double bedrooms and a shower room.

Valued at £85,345, Alison and Gabriel immediately listed it as a contender.

Gabriel commented he was left “speechless” by the second property – a two-bed apartment in Platja de les Bovetes.

The third option was a two-bedroom house in La Sella, which the couple instantly fell in love with.

It featured a communal pool and gardens and included a private patio which would be perfect for barbecues.

After initially stating that the property had knocked the others out of the running, the couple made a significant U-turn on their decisions later on.

After searching the home, Craig told the pair: “So, that was your final property, how was it?”

“That was an interesting one,” Alison replied. “Because we like the outside and we like the downstairs but then we sort of lost the ‘wow’ a little bit as we went along I think.”

“So with all that said then, is this final property in the running?” Craig asked.

“I think it is,” Alison confirmed, while Gabrial chimed: “We do have to think about it.”

Summarising the search, Craig explained: “So, we have a definite contender in number three, a maybe with property five – all the others, are they still out?”

Throwing a spanner in the works, Alison turned to Gabriel and stated: “You’re wondering again about two now.”

Clearly stumped by the pair’s indecisiveness, Craig could only chuckle as he confessed: “You’re keeping me on my toes here!”

Ultimately, the couple opted to make an offer on the property that instantly captured their hearts – the third home.

“We just felt brilliant, it felt amazing, it felt like home,” Alison recalled.

Gabriel stated: “I think we’re going to put a cheeky offer in.”

This was rejected by the seller, who ade a counter-offer of £107,500, but Gabriel explained their highest price would be around £103,000.

After Craig put this to the seller, another counter-offer was made for £103,500, which was gladly accepted by the couple.

“You’ve got the house!” Craig beamed after he spoke to the seller to confirm the buy.

“So relieved,” Alison said, breathing a sigh of relief.