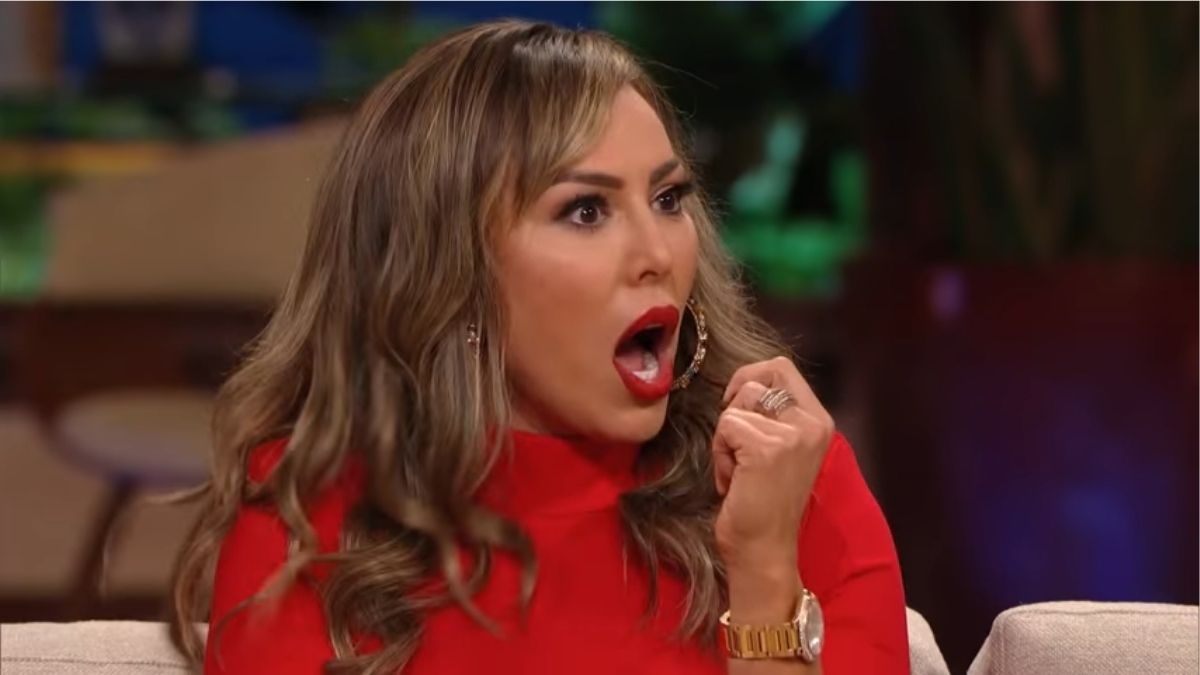 One of Orange County’s most controversial housewives, Kelly Dodd, is making waves again after posting photos from her bridal shower to Instagram over the weekend.

One of the first things fans point out after Kelly shared the photos was that her guests didn’t seem to be wearing masks or attempting to social distance, even with the ongoing global pandemic.

In fact, one photo shows Kelly huddled up with 15 of her guests, all well within six feet of one another.

“And no social distancing,” one follower commented.

“Where are the masks and social distancing? Wow,” another person wrote.

Yet another comment suggested that Kelly was being irresponsible for hosting such a gathering.

“I’m responsible never been sick!! And travelled the world it’s a 99% recovery people (if) you aren’t compromised it’s a super flu not a death sentence!” the RHOC star fired back.

But that wasn’t the only thing followers were angry about

Among the photos of Kelly and her friends getting a little too close, she also shared a selfie of herself with a baseball hat on that read, ‘Drunk Wives Matter.’

Many followers believed that this was an insensitive joke towards the Black Lives Matter movement. And they didn’t hesitate to call Kelly out about it.

One user pointed out that the “hat is incredibly tone-deaf” and said that Kelly might not care what people thought about her, but maybe she should.

Kelly defensively responded that it was a joke and a play on words. She also told the woman to “get a sense of humor.”

Although many pointed out that Kelly’s post could be seen as insensitive, there were also a large number of supporters in Kelly’s corner ready to defend her.

“I love the hat!!” says one follower. “Why do people follow if they leave s****y comments?”

Some also stated that Kelly is free to make her own choices and that people should “mind their own business.”

The backlash has seemed to catch up with Kelly, and she has since apologized for her insensitivity.

In a post shared to both Twitter and Instagram, Kelly attempted to explain that the hat wasn’t meant to offend but was supposed to be humorous. She also clarified that she is in support of Black lives.

And this isn’t the first time that Kelly has been in the hot seat for controversial comments. She issued an apology earlier this year after making comments that the COVID-19 pandemic was “God’s way of thinning the herd.” 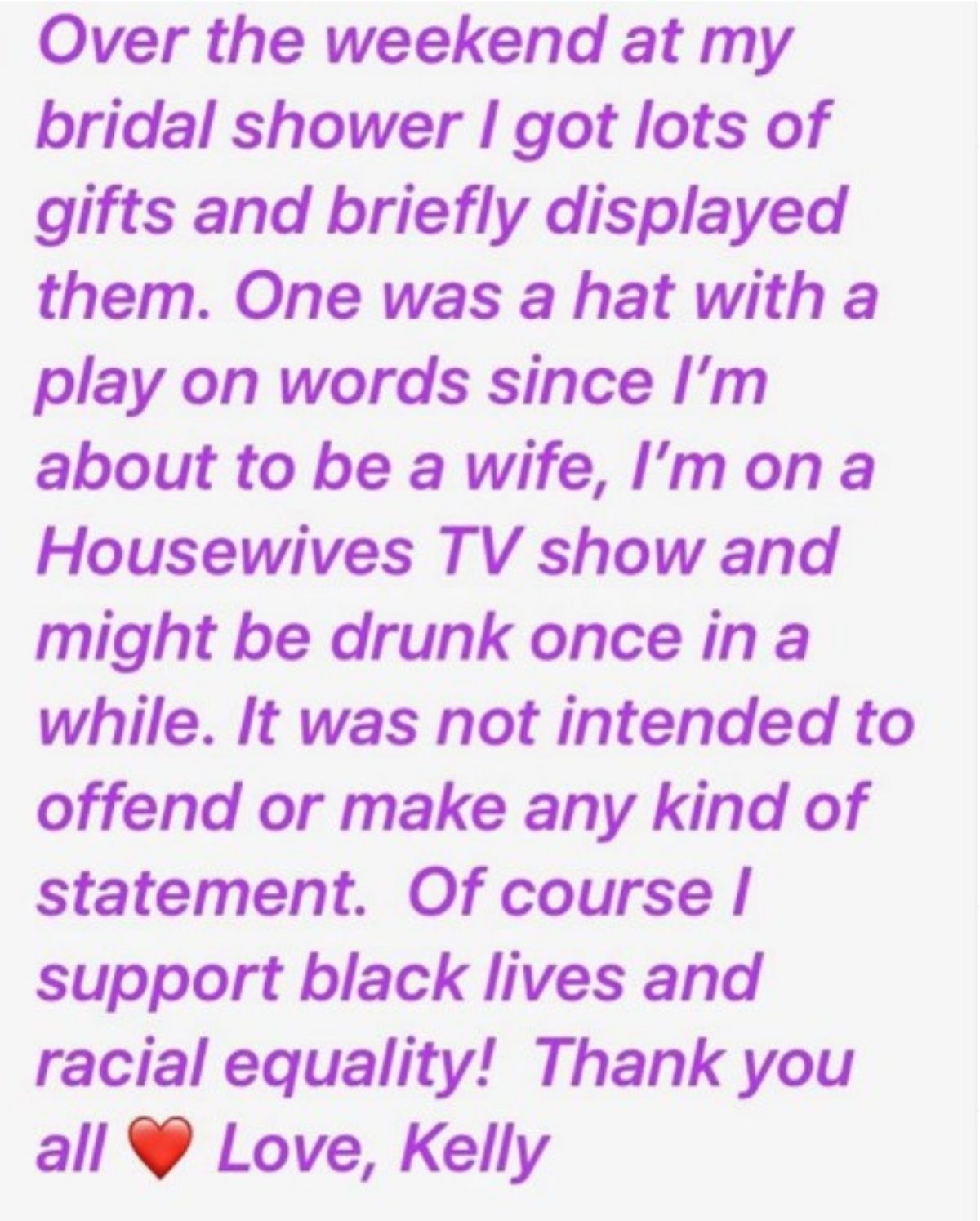 The Real Housewives of Orange County returns Wednesday, October 7, at 9/8c on Bravo.