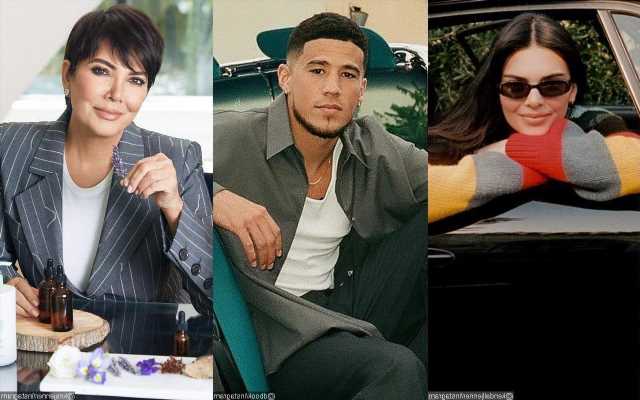 The supermodel reportedly ‘has made it clear’ that her boyfriend will ‘never’ be a part of her family’s new show, ‘The Kardashians’, despite her mother’s wish.

AceShowbiz –Kendall Jenner apparently wants to keep Devin Booker away from the spotlight. The supermodel has turned down Kris Jenner‘s desire to bring her boyfriend on their new Hulu show, “The Kardashians“.

As their new show premieres this month, a source close to the family told OK! Magazine that the 26-year-old model’s mom is reportedly “piling “on the pressure to make Devin part of the show.” However, the insider stated that Kendall “has made it clear that’s never going to happen.”

The so-called inside source went on reasoning that Kendall wants to keep the 25-year-old Phoenix Suns player from her family’s “drama.” The informant explained, “She’s avoided bringing him around her siblings because it usually means some sort of drama.”

It’s also reported that Kendall “is very protective of Devin and their relationship and doesn’t share much with her family because she doesn’t totally trust them not to talk about it.” The source further noted, “That irritates them to no end, but there’s not a whole lot that they can do about it.”

Last month, Devin candidly responded to whether dating Kendall in the public eye was “hard.” During an interview with the Wall Street Journal magazine, the basketball player said, “I wouldn’t say hard.”

“Honestly, I’m enjoying life to the fullest, and that came off my tongue so easily because it wasn’t always this way,” Devin continued. He even stressed that he currently feels he is “in a good place right now.”

Devin later elaborated, “I love my family, I love the people around me.” He added, “And I love the impact that I get to have on this world, the younger generation under me and the kids who look up to me.”

Kendall and Devin reportedly started dating in 2020. The couple made their romance Instagram official a year later, when they celebrated Valentine’s Day. At the time, the CEO of 818 Tequila shared a loved-up picture of her and her athlete boyfriend.

In the snap, Kendall was seen laying on a kitchen island next to a sink with the NBA star resting his head on her chest. The older sister of Kylie Jenner covered part of her face but could clearly be seen smiling ear-to-ear. She simply captioned her post with a single white heart emoji.