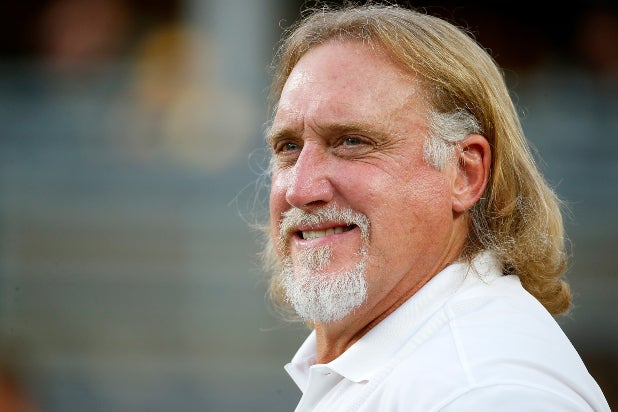 Kevin Greene, a Hall of Fame NFL lineman considered one of the greatest pass rushers, died on Monday. He was 58.

The cause of death is not currently known.

“The entire Pro Football Hall of Fame family mourns the passing of Kevin Greene,” Hall of Fame President and CEO David Baker said in a statement. “I regarded him as a personal friend and a true Hall of Famer in every sense. He possessed the most incredible can-do attitude of anyone I ever met. He was a great player, but more than that, he was a great man. Our thoughts and prayers are with Kevin’s wife, Tara, and their entire family. We will forever keep his legacy alive to serve as inspiration for future generations. The Hall of Fame flag will be flown at half-staff in Kevin’s memory.”

During a 15-year career, Greene amassed 160 sacks and ranks third on the all-time list. He was inducted into the Pro Football Hall of Fame in 2016.

He played eight seasons with the Los Angeles Rams and would spend the remaining seven with the Pittsburgh Steelers, Carolina Panthers and San Francisco 49ers. He played three each for the Steelers and Panthers, and one with the 49ers.

Tributes quickly came in for Greene.