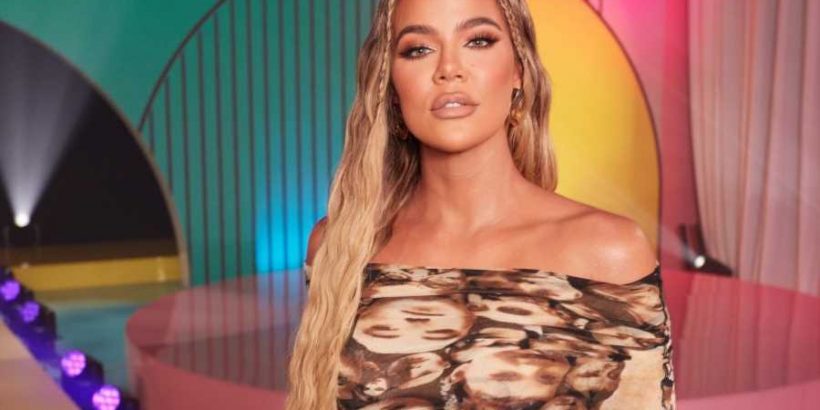 KHLOE Kardashian shared a post about "worrying and praying" after getting slammed for her reaction to the Kyle Rittenhouse verdict.

The KUWTK star, 37, faced backlash last week for speaking out on Rittenhouse being found not guilty, despite staying completely silent on the Astroworld tragedy. 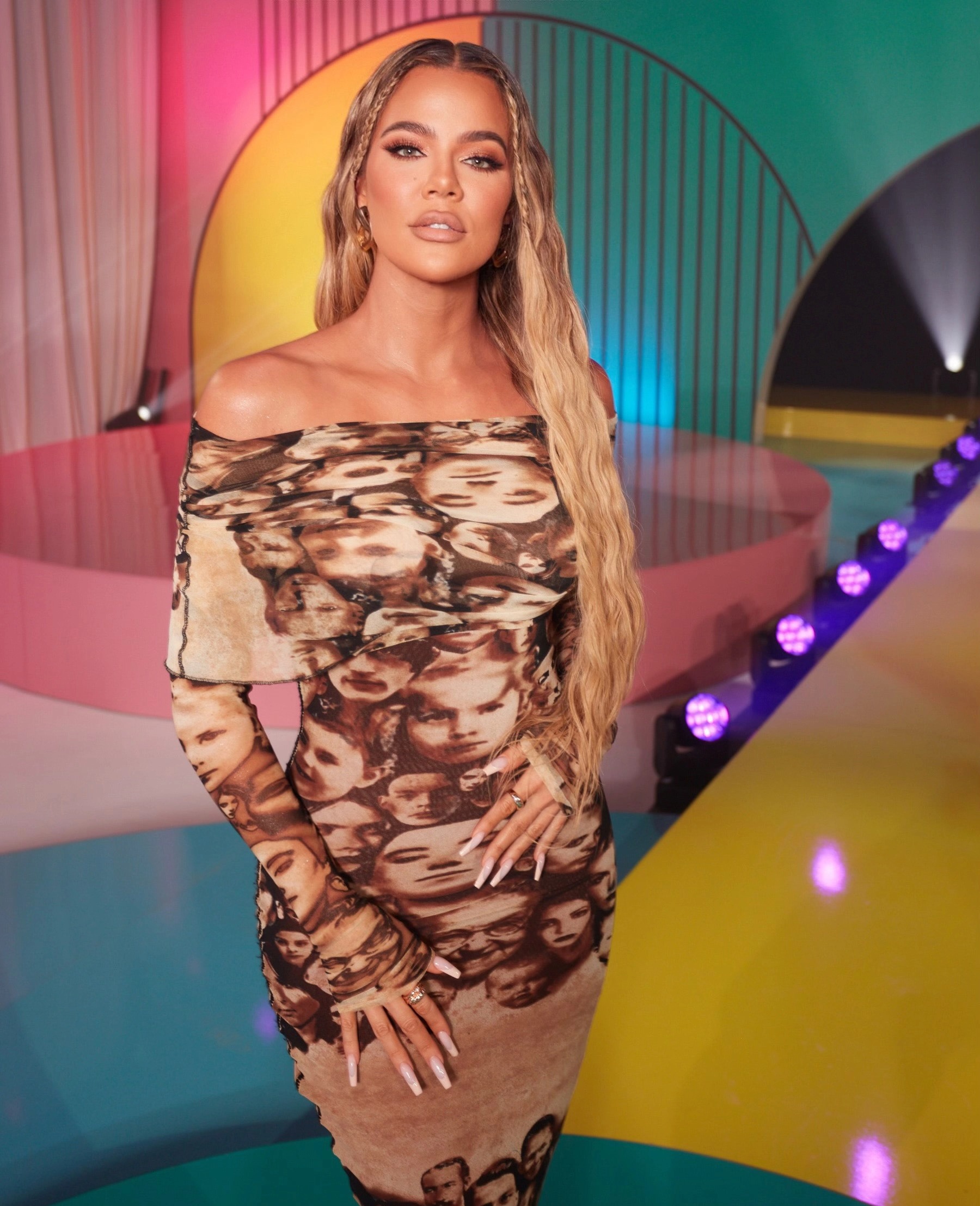 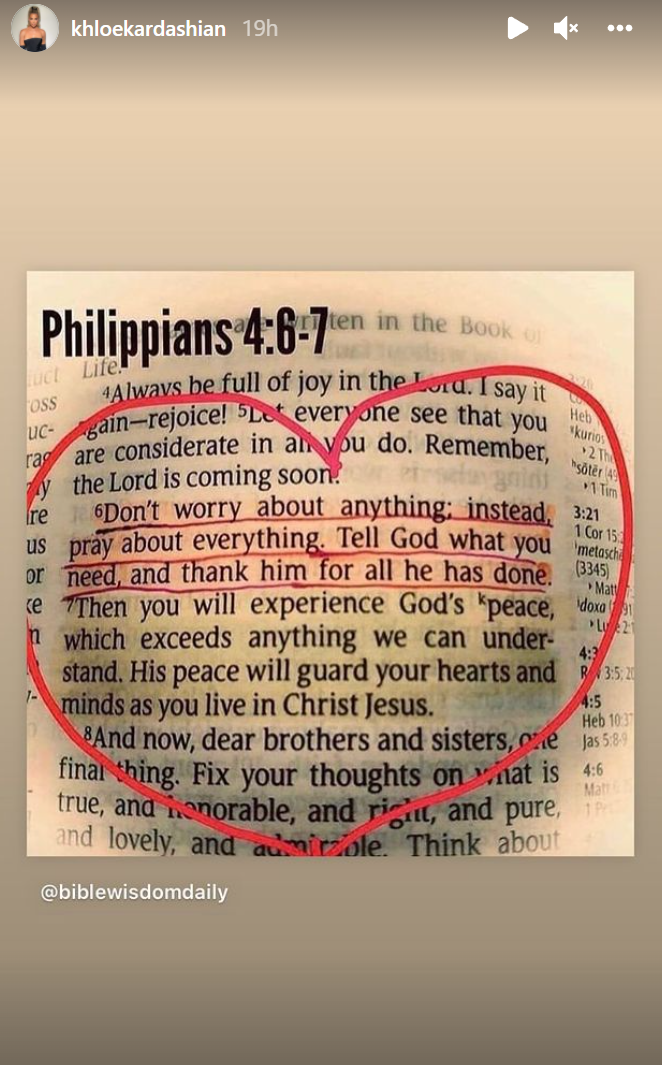 And Khloe seemed to be seeking solace in the Bible amid the controversy, as she shared an extract from the New Testament.

The quote, circled in a red heart, read: "Don't worry about anything, instead, pray about everything.

"Tell God what you need, and thank him for all he has done."

Khloe posted the section on her Instagram Stories without adding any sort of caption.

The mother-of-one came under fire at the weekend for tweeting that she was “speechless and disgusted” hours after Rittenhouse, 18, was acquitted after fatally shooting two men during protests and riots against police brutality last year.

A jury found the teenager not guilty of reckless and intentional homicide and other charges stemming from the August 2020 shootings in Kenosha, Wisconsin, during a Black Lives Matter riot.

Khole had posted her statement without context, but given the news of the verdict, Twitter users were quick to suspect she was talking about the outcome of the trial.

One critic said: "I'm pretty sure you're talking about Rittenhouse, however a lot of people are about to turn those three words against you considering you didn't say much about AstroWorld.”

Another said: “What are you referring to? The innocent lives that were lost at Travis's concert, or… .????”

Ten people died at a performance on November 8 organized by the rapper Travis Scott – partner of Khole’s half-sister Kylie Jenner.

The tragedy happened after the crowd of about 50,000 people rushed the stage, causing people to be crushed and trampled in the masses.

In the aftermath of the devastating news, Kylie, Kim, and Kendall made statements regarding the tragedy, although Khloe did not.

She was slammed for sharing a "tone-deaf" sexy selfie with Scott Disick from the night of the concert.

Her sister Kourtney and their mom Kris have also faced backlash for their handling of the devastating events.

Kris was ripped for shared a "tacky" photo of the roses she received from Travis Barker for her 66th birthday hours after the tragedy. 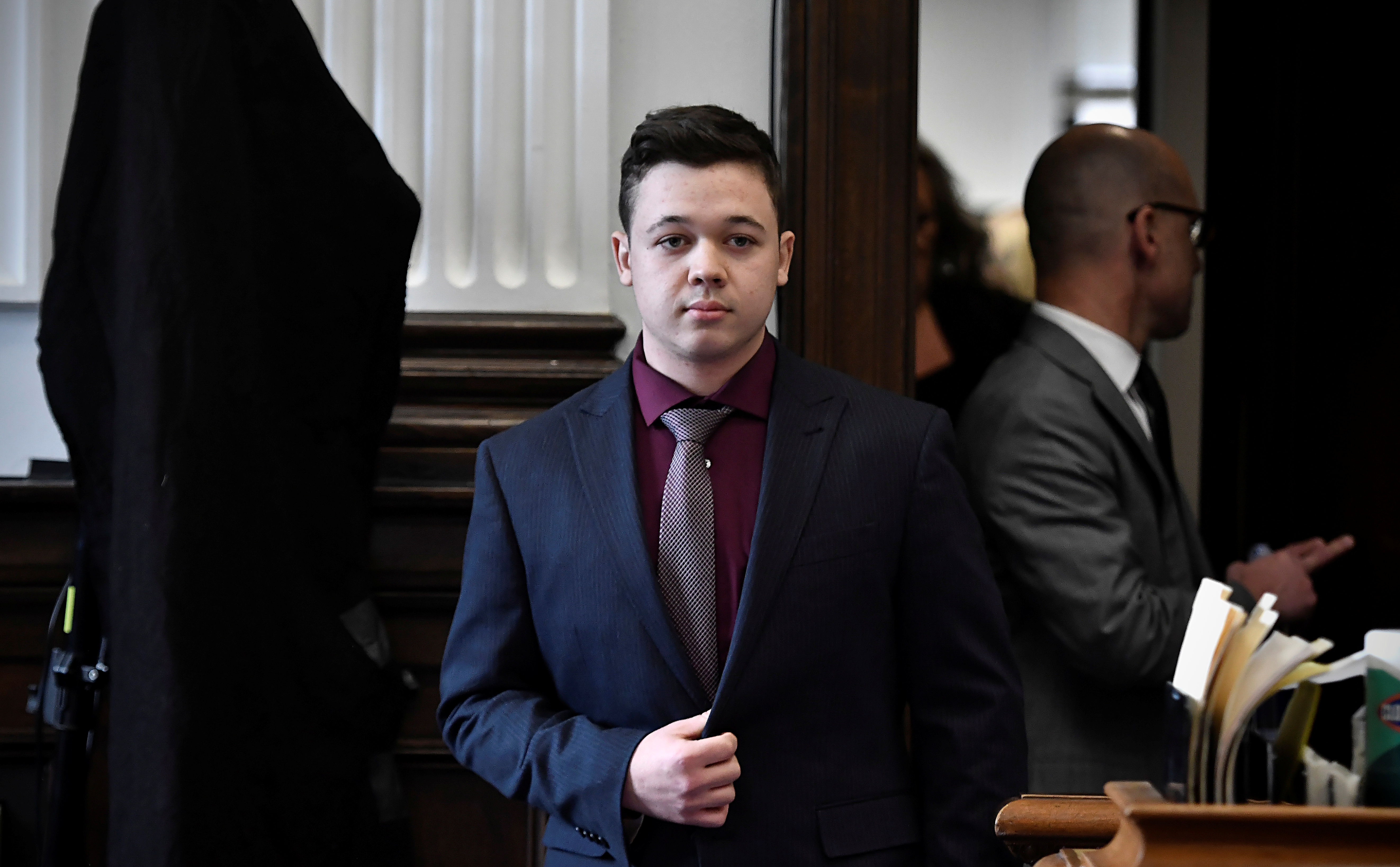 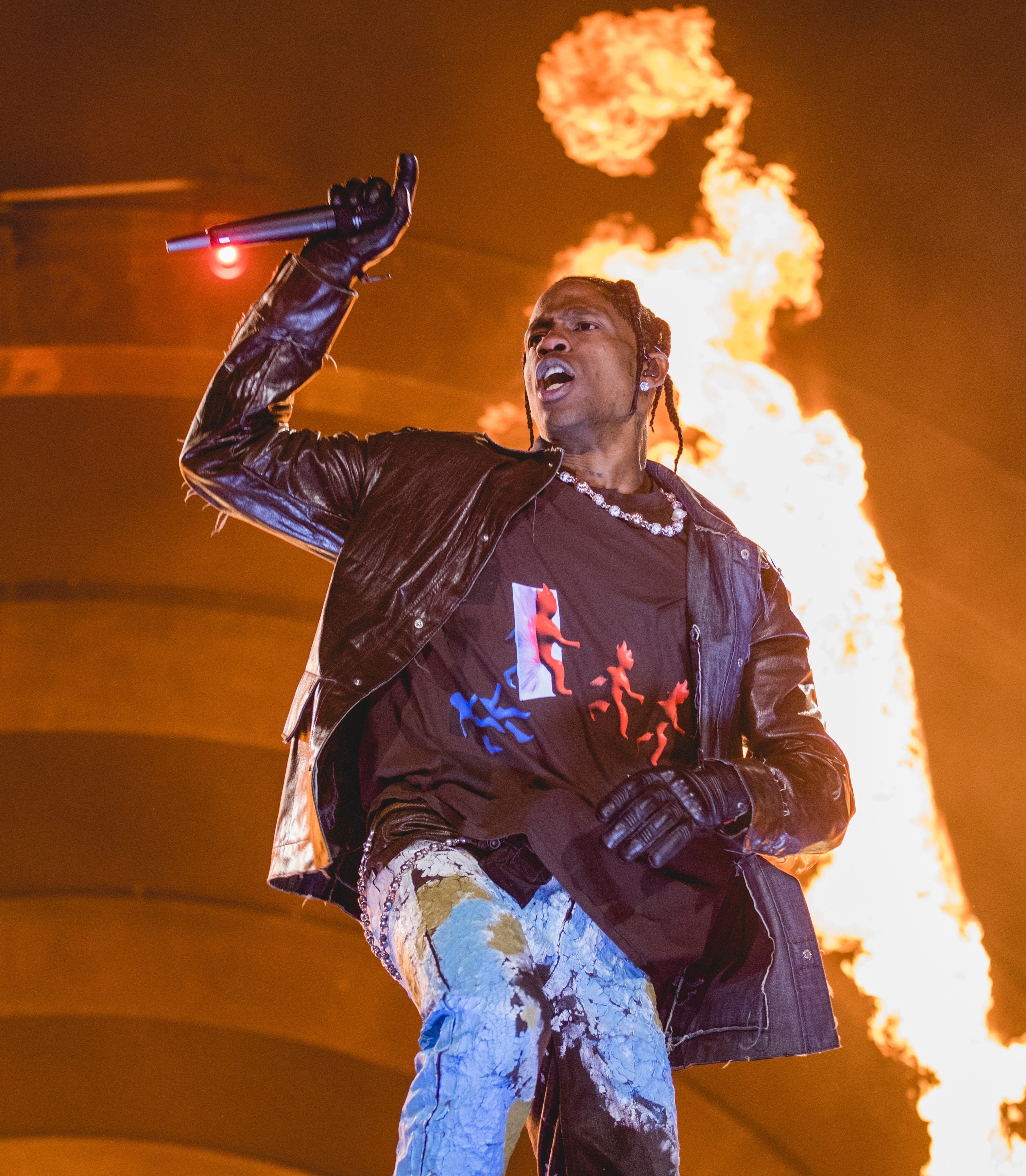