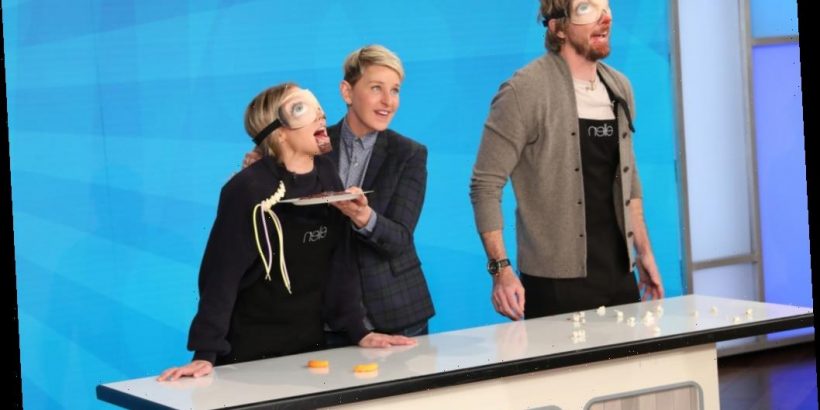 Married couple Kristen Bell and Dax Shepard are taking their amped up family game nights to a new level. NBC has ordered Family Game Fight, which will see the actors both host and compete in the ten-part series.

The series, which will test brains, brawn and family bonds over the course of an hour, will see Bell and Shepard be adopted into a family of four as they compete in a series of games with a big cash prize up for grabs.

It marks the first gameshow for the pair, who are better known for on screen roles such as Bell’s performance in The Good Place and Veronica Mars and Shepard’s The Ranch and Bless This Mess.

Family Game Fight is inspired by the pair’s antics on The Ellen DeGeneres Show.

It is the latest order from Jenny Groom, EVP, Unscripted Content for NBCUniversal Television and Streaming following deals for British format The Wheel at NBC and a competition format based on Frogger at Peacock.

It is also the latest gameshow from DeGeneres’s A Very Good Production, which produces NBC’s Little Big Shots and Ellen’s Game of Games and Fox’s The Masked Dancer, and Warner Bros. Unscripted Television’s Warner Horizon in association with Telepictures.

“For one of our first dates, I invited Dax over for a game night at my house with a bunch of friends,” Bell said. “He said he fell in love with me there because I was a very tiny person bossing everyone around. I fell in love with him too because he’s a very large person who could boss everyone around, but chooses not to. I’m so excited to host Family Game Fight and play all day with my best friend.”

“Kristen is my favorite human to work with,” Shepard said. “She’s the most consistently funny, playful and joyful scene partner I’ve ever had. She’s also incredibly fun to look at.”

“NBC is thrilled to be the network bringing Kristen Bell and Dax Shepard together to host a game show for the first time,” said Groom. “We’ve been wanting to work with them as a duo for years.  Their energy is infectious, their comedic sensibility comes so naturally, and their transparency about their relationship is what makes them so relatable and loveable. Family Game Fight was born out of the true competitive, yet playful and loving spirit Dax and Kristen have towards each other.  We are excited that we get to work with them as on camera talent and side by side as producing partners.”

Mike Darnell, President Warner Bros. Unscripted Television, added, “Kristen and Dax are simply magnetic when they’re on screen. They are a spontaneously funny and loving couple that are also surprisingly competitive in this fast-moving family competition. They are pure magic together.”