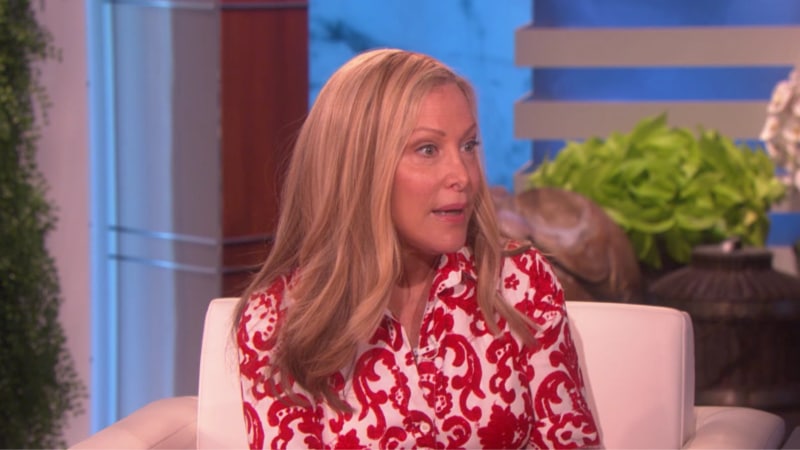 Kym Douglas has opened up about her cancer battle on The Ellen Show.

The beauty expert was diagnosed with breast cancer back in April, and is about to undergo her last round of chemotheraphy. Douglas, who has been on Ellen many times throughout the past decade, appeared on the show to encourage women to get checked.

During her conversation with Ellen, Kym revealed that she hadn’t gone for a mammogram for three years when she finally decided to go. She got the phone call a few days later, revealing they had found stage zero cancer. At the time, she was happy about the fact that they had found it so early, and had it removed.

However, as doctors were wrapping up her procedure they discovered a 1.5cm tumor underneath her tough breast tissue close to her ribs and her heart. She chose to undergo a double mastectomy to stay on the safe side and she told Ellen that she is set to have her last chemotherapy treatment on October 22.

During her appearance, Kym was also given a check for $50,000 donated in her honor by ULTA Beauty to help breast cancer research. In a special surprise, Ellen had organized behind the scenes for Kym to be presented with it by her 19-year-old son Hunter, who studies business at USC.

Kym has had a wide-ranging career and seen success in many areas over the years, including as a television host, best-selling author, beauty, fashion and lifestyle expert and comedy actress. Kym is also known for her work on Home & Family on the Hallmark Channel.

Kym, who appeared on The Bold and the Beautiful last year, is married to Jerry Douglas, who plays John Abbott from The Young and the Restless. Kym has two dogs, a labrador named Brady (after Tom Brady) and a maltese named Bella Bliss.

Thankful & Grateful are understatements as to how I feel being back at work @homeandfamilytv. (SWIPE) The prayers, notes, cards & texts I received from all who watch, were immensely important to my recovery and healing. I don’t take any moments for granted anymore and appreciate so much that I have a job to come back to where I am welcomed w open loving arms… thank you @hallmark @homeandfamilytv @billabbotthc @michellevicaryhc @tracytvtv and everyone at the show. See the season 7 premiere on Tuesday September 4th!

After her diagnosis in April, Kym Douglas returned to work at Home & Family in late August. On her Instagram profile, she posted photos of herself with the crew, revealing that she was thankful to return to the show and she appreciated having a job to come back to.

Home & Family airs weekdays at 10a/9c on the Hallmark Channel.