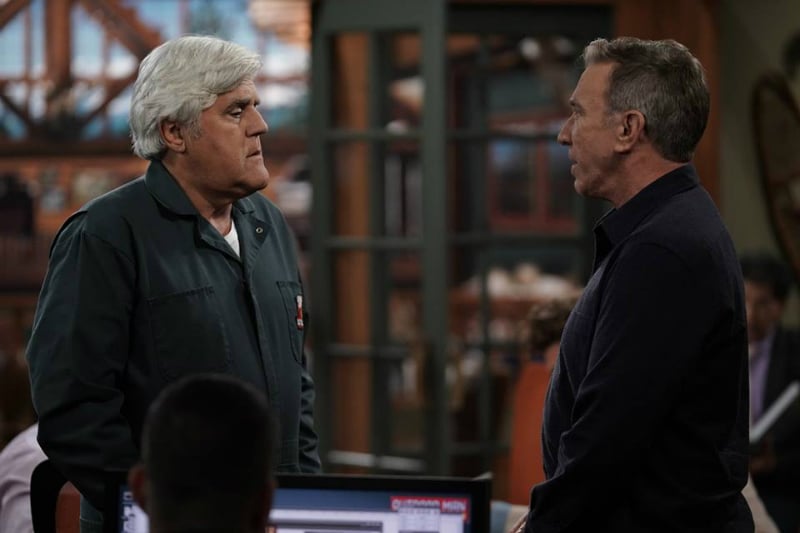 Last Man Standing has a special guest star worth noting. Jay Leno will be joining the show and viewers are already talking his return to the comedy series. Tim Allen is funny alone but pairing him with the former Tonight Show host has already proved to be successful and Leno’s latest visit to the now-FOX hit should prove no different.

Jay Leno is going to be reprising the role of Joe, the former owner of Mike’s 1967 Impala. As you may recall from the last time we saw Joe, Mike really doesn’t like him. In fact, he schemed with Vanessa to get rid of Joe for good but obviously, that didn’t work out because now he’s back.

The episode picks up where Tim (Tim Allen) and Ed (Hector Elizondo) are discussing what to do with Outdoor Man. There is a corporate threat happening with a possible takeover being discussed and both men have different ideas on where the business should go.

Grab that remote and turn the channel to @foxtv for a brand-new #LastManStanding TONIGHT at 8/7c!

Drawing attention to Jay Leno appearing on Last Man Standing is perfect timing. While it is only two episodes in, there has been a lot of talk about the Mandy recast and fans are not enjoying her replacement.

Last Man Standing has definitely found a home on FOX. After being canceled on ABC, the show was picked up by FOX over a year later. Despite the cast changes, the viewers are still tuning in to see what Tim Allen has for them each week.