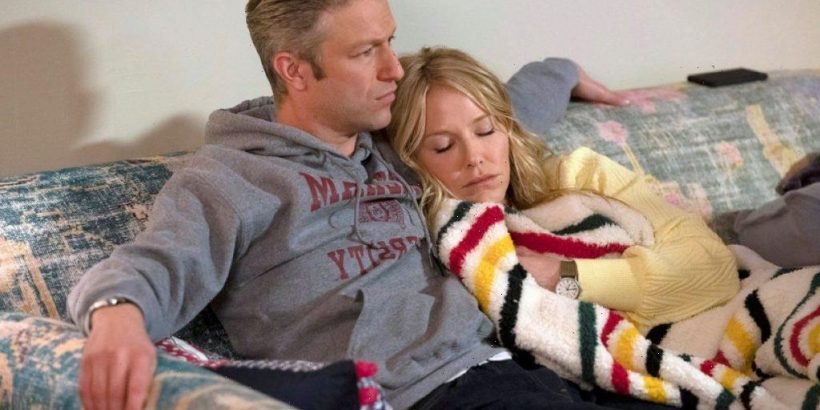 Many Law & Order: SVU fans are thrilled to see Carisi and Rollins as a couple this season. But while their chemistry is thick on-screen, series star  Kelli Giddish admitted kissing co-star Peter Scanavino feels like she’s kissing her brother.

Carisi and Rollins chemistry on ‘Law & Order: SVU’ is undeniable

Ever since they started their journey together as SVU partners in season 16, many Law & Order: SVU fans hoped to see Amanda Rollins (Kelli Giddish) and Dominick Carisi (Peter Scanavino) become something more. They’ve always had a great friendship, but the pair’s romantic chemistry was undeniable.

After years of teasing fans, Carisi and Rollins finally kiss at Finn’s (Ice-T) wedding in the season 22 finale. And now, in season 23, the two are in love. And they’re navigating their new dynamic as a couple.

After working together for over seven years, Giddish and Scanavino are good friends in real life. And according to Giddish, the actors know their characters’ relationship inside and out.

But Giddish also noted that her real-life friendship with Scanavino is very sibling-like. And when kissing him for the show, it feels like she’s kissing her brother.

“But it’s so important for us to honor that relationship,” she added. “I think we’re willing to go past that and say, ‘Okay. This is such a great thing for these characters, for our audience and for the fans of the show.’”

Law & Order: SVU is one of the longest-running shows in TV history. And over 23 seasons, it’s amassed a loyal fan base. Giddish told Smashing Interview that she knows how important the series characters are to fans, and she’s glad the writers are treating Carisi and Rollins’ storyline with respect.

“We are treating it with respect and caution as to what it should be and what it shouldn’t be,” she suggested. “It means a lot to us as people, and also, it is so earned and so organic, we want to keep portraying that level of friendship and trust to the audience and let them see a great relationship.”

Giddish admitted being romantic on-screen feels a little strange. But she and Scanavino try to keep their chemistry going for the show’s fans.

“I think we both realize how much it means to the fans and how much it means to our characters,” Giddish added. “It seems so organic and so right that we’re willing to go for it even though we’re very good friends in real life. I think it’s something that the fans really wanted to see, and to be able to actually show that in an organic way.”