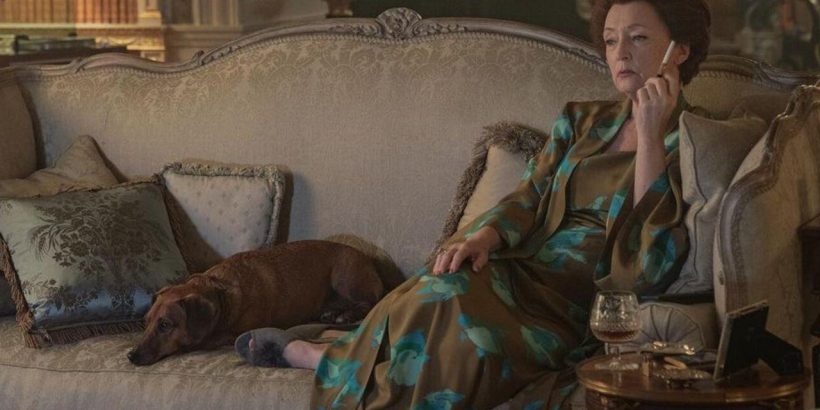 The ‘Dance with a Stranger’ actress was unsure about playing Margaret because she ‘always thought’ she was going to portray Queen Elizabeth on the Netflix show.

AceShowbiz –Lesley Manville was originally prepared to play Queen Elizabeth on “The Crown“. While she will eventually take on the role of the late monarch’s sister Princess Margaret – who died in 2002 at the age of 71 – and Imelda Staunton is picked to play the monarch in the Netflix biographical series, the 66-year-old star “always thought” she would be playing the Queen when she was asked to meet with creator Peter Morgan.

“It’s funny. I’m going to be absolutely honest about this. I always thought maybe I could be the final Queen. When my agent called and said, ‘Can you go to Peter Morgan’s house on Monday?’ – that’s how it happened for me, and I think it happened for Imelda – I never thought of myself as a Margaret. My immediate thought was the Queen, the Queen!” she said.

The “Mrs. Harris Goes to Paris” star went on to explain that she initially was unsure whether she could play the part of Princess Margaret – who was known for her lifestyle of partying and having a string of reputed romances – because she doesn’t see herself as glamorous but was offered the part on the spot.

She told The Times, “My agent said, ‘He wants to talk to you about playing Margaret.’ I thought, ‘Hang on a minute. Margaret? I can’t do Margaret.’ Because in my head I saw Margaret as young and glamorous, when Vanessa [Kirby, of series one and two] played her, and glamorous and still quite young, but a bit older, when Helena [Bonham Carter, of series three and four] played her.”

“I don’t see myself in that way, which is a problem with my own self-image. As soon as she said it, something in me was really chuffed that they thought of me as Margaret. So then I thought, ‘God, Margaret, Margaret, Margaret! OK. All right. They think I could be Margaret. Let’s go and meet Peter Morgan and see.’ “

“Peter and I sat and chatted about it, the whole thing, and I remember Peter said to me, ‘Oh, you look younger than I thought you would look.’ And I immediately thought, ‘Well, that’s it. That’s blown it. I’m not going to get it now.’ But they said to me, there and then, ‘You know, it’s yours. Will you do it?’ No messing about. I said yes, of course.”