More Flowers of the Attic is coming to Lifetime. The network has greenlighted Flowers In The Attic: The Origin, a four-part prequel miniseries event starring Jemima Rooper (Gold Digger) and Max Irons (Condor), from Jennie Snyder Urman and Joanna Klein’s Sutton St. Productions and CBS Studios.  Flowers in the Attic: The Origin is an A+E Studios production in association with Sutton St. and CBS Studios. 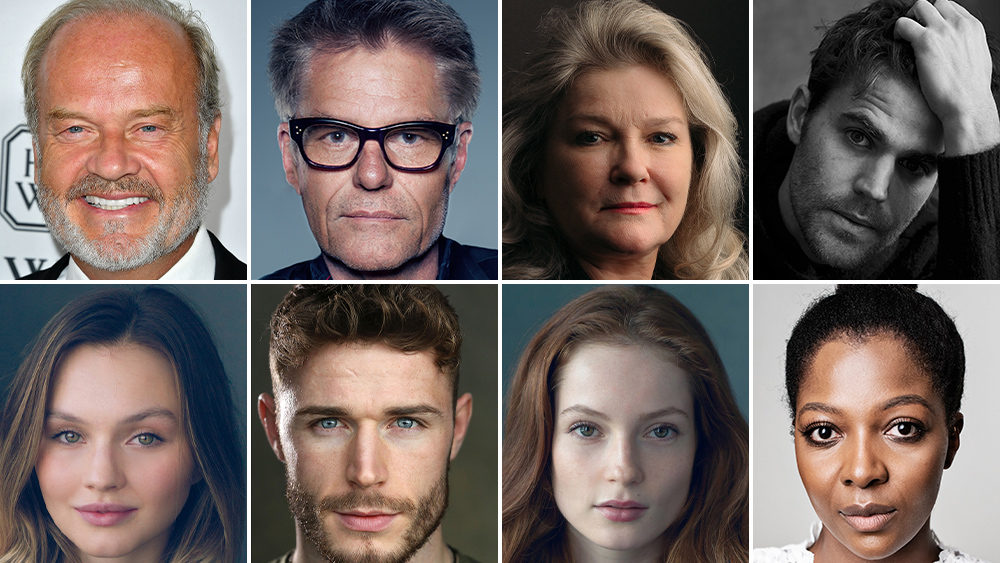 Kelsey Grammer (Frasier), Harry Hamlin (Mad Men), Kate Mulgrew (Orange is the New Black), Paul Wesley (The Vampire Diaries), Alana Boden (I Am Elizabeth Smart), Hannah Dodd (Harlots), T’Shan Williams (The Color Purple) and Callum Kerry (Four Weddings and a Funeral) also star in the miniseries which is based on the prequel novel, Garden of Shadows by Andrew Neiderman.

Flowers in the Attic: The Origin tells the story of the headstrong and determined Olivia Winfield (Rooper) who is working alongside her beloved father (Hamlin) when she finds herself unexpectedly wooed by one of the nation’s most eligible bachelors, Malcom Foxworth (Irons). After a whirlwind romance, Olivia finds herself as the mistress of the imposing Foxworth Hall, where she soon discovers that the fairytale life she expected has quickly become a nightmare. Under Malcolm’s debonair exterior lies a dark heart, and a twisted evil lurks inside Foxworth Hall that will threaten Olivia’s happiness and that of her children. Her attempts to keep them all safe ultimately push Olivia to become to most terrifying version of herself, leading to her inevitable—and notorious—decision to lock her grandchildren in the attic.

Dodd stars as Olivia’s daughter, Corinne; while Williams portrays Foxworth’s longtime staff member and Olivia’s observant housekeeper, Nella. Mulgrew plays Mrs. Steiner, Malcom’s loyal house manager and head of the Foxworth Hall staff. Grammer portrays Malcom’s illustrious father Garland Foxworth, who is married to new wife Alicia, played by Boden. Wesley stars as John Amos, Olivia’s cousin whose revelations change her life forever and Callum Kerr stars as Christopher, a close relative of the Foxworth family whose life will be eternally intertwined with Corrine’s from the moment they set eyes on each other.