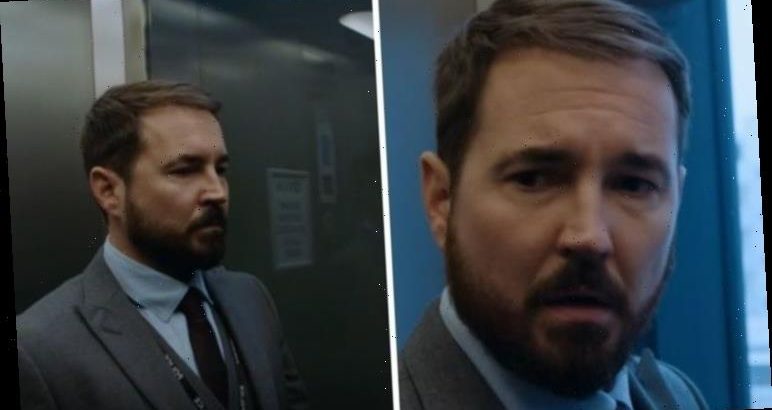 During Sunday’s instalment of Line of Duty, DS Steve Arnott (played by Martin Compston) was leaving the AC-12 office in the lift to go and check on murder suspect Terry Boyle’s (Tommy Jessop) premises when fans noticed the error. As the lift began descending to the lower levels, fans could see the reflection of the cameraman in the window of the lift. Or was it H?

Before the tense scene in the lift, Steve was watching footage of murder suspect Gail Vella (ACTOR NAME) with Superintendent Ted Hastings (Adrian Dunbar) to see if they could pick apart any clues that could lead them to her killer.

“Whatever got Gail Vella murdered, we haven’t found it,” Hastings said.

As some people began to pour into the AC-12 office, Steve quizzed: “Is something going on, sir?” 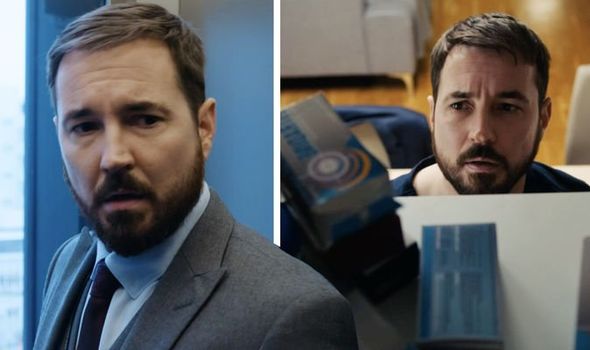 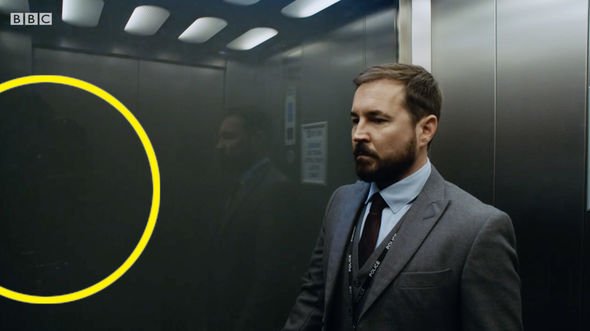 A worried Steve replied: “I’ve got to get over to check on the surveillance at Terry Boyle’s approved premises.”

“Yeah, well you’re not on their list, Steve,” the Gaffer continued.

“I told them you weren’t available today. 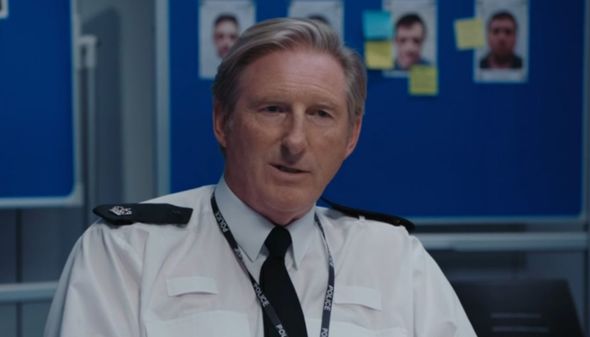 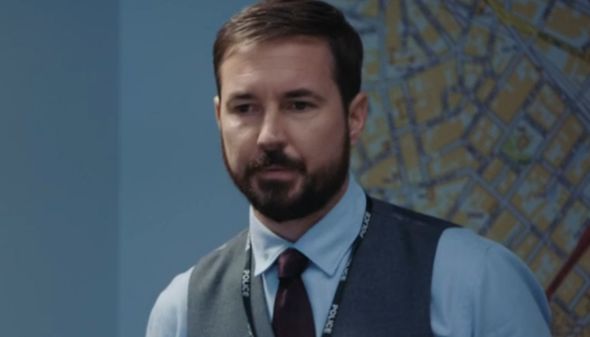 Steve then proceeded to leave AC-12 and as soon as he stepped foot in the lift, fans noticed the blunder.

Taking to Twitter to share the screenshot of the scene, one fan tweeted: “Cameraman spotted on Line of Duty in the lift!!”

Another said: “Well spotted, you need to go solve who H is now please.”

While one added: “Oh yeah good spot, why didn’t Line of Duty spot it before whilst editing?”

DON’T MISS…
Who is the prison guard in Line of Duty? Has she been in drama before? [INSIGHT]
Line of Duty season 6: Hastings exposed as H as he sets up Arnott? [SPOILER]
Line of Duty: Who is Stephanie Corbett? What happened to Stephanie? [VIDEO]

It simply teased: “Or was it…”

Other fans have come up with their own theories, some even believe that it could be ‘H’.

Another commented: “Was it a cameraman OR was it H colluding with Steve disguised as a cameraman?”

In the latest episodes of the BBC programme, fans have seen that Steve has been taking a lot of painkillers for his back.

He later admitted to John Corbett’s (Stephen Graham) wife Steph (Amy De Bhrún) that it was a result of being attacked by a balaclava man.

In series four, Steve was attacked by a balaclava man and he ended up being thrown down a set of stairs.

Despite being wheelchair-bound and unable to walk, after physiotherapy, Steve managed to get his strength back and managed to take his first few steps.

On the outside, no one else knows that he never fully recovered from the attack, but it appears that Steve can’t function properly without his pain medication.

And with a drugs test on the horizon, will Steve get found out?

Line of Duty series six continues on Sunday on BBC One at 9pm.