Rochenda Sandall joined Kym Marsh and Gethin Jones on Morning Live on Thursday to chat about all things Line of Duty and the hosts were keen to find out if her character Lisa McQueen will return. Lisa was last seen lying about who killed John Corbett (Stephen Graham) before it was revealed to viewers that she’s received immunity from prosecution in exchange for testimony about senior members of the Organised Crime Unit. She now works under an alias teaching children about the dangers of entering a life of crime.

It looks like Lisa is out of the picture but keen to find out the truth, Gethin probed Rochenda about a potential return.

Gethin began: “Disclaimer, I’m a big fan of Line of Duty. I know you stopped filming season six because of Covid, is Lisa, is your character coming back?

“She’s got some unfinished business.”

Rochenda replied: ”Listen you know I’m not at liberty to give away Line of Duty secrets.” 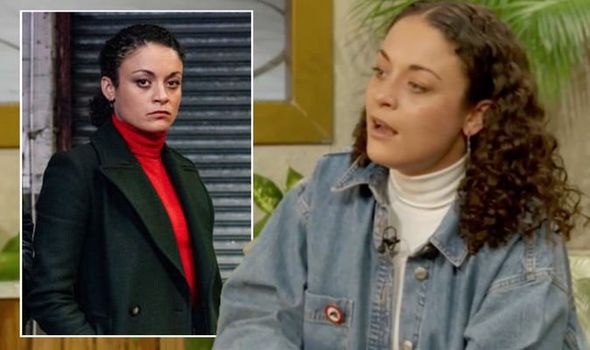 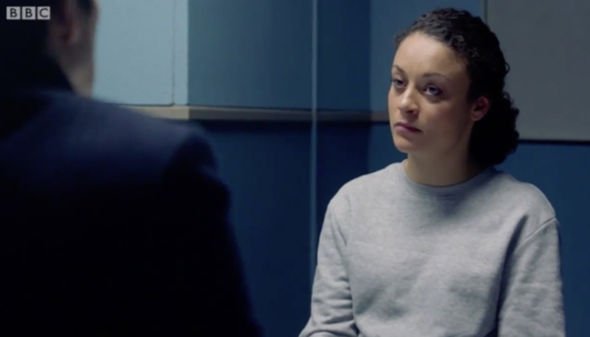 “Come on, you can just tell us,” pushed Gethin, who was desperate for an answer.

The actress laughed: “They’d have my guts for garters. If I told you, I’d have to kill you.

“And I could because you’ve seen it happen.” 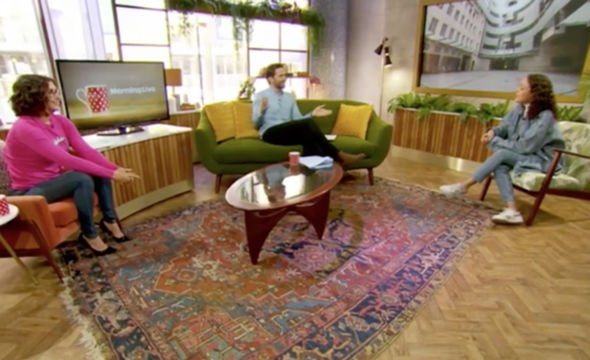 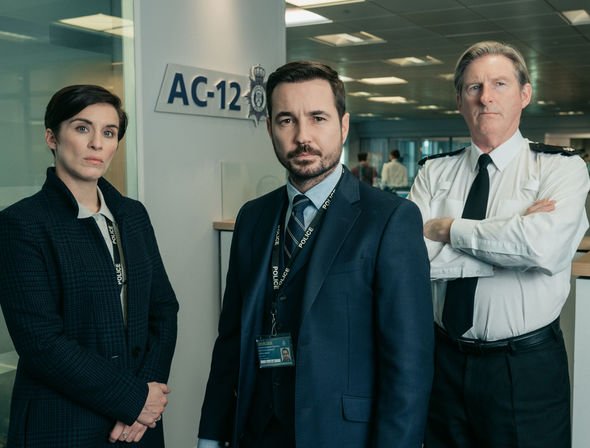 “It’s great,” Rochenda detailed. “I mean, the Line of Duty team are amazing, as you’ve all seen.

“Playing a villain with them, you are actually doing high speed car chases and gun work. You’re doing kind of cool leather jackets and balaclavas.

“It’s so much fun. It’s a real rollercoaster ride.”

Gethin noted: “It’s so serious and then you go on your social media and everybody’s rolling around laughing.”

“There’s a lot of night shoots so it’s good to keep morale high as the hours tick by into the night.

“It’s quite cold in Ireland so good to keep laughing, keep warm and keep happy.”

It comes after Line of Duty creator Jed Mercurio revealed the changes made to help the series go ahead.

He told the Sunday Times: “If we can do a scene outdoors rather than indoors then that’s really helpful for social distancing, and virus transmission is thought to be much lower outdoors.

“We have created much more ventilation around that box and altered how we go about shooting it.

“The cameras are further away and we’re using remote control cameras, so the crew can be some distance away.

“We’ve subtly increased the table size, so the actors are further apart and, when they’re not in shot, we have Perspex screens between them. Our intention is that all these things will be invisible.”

Line of Duty seasons 1-5 are available to catch up on BBC iPlayer now.