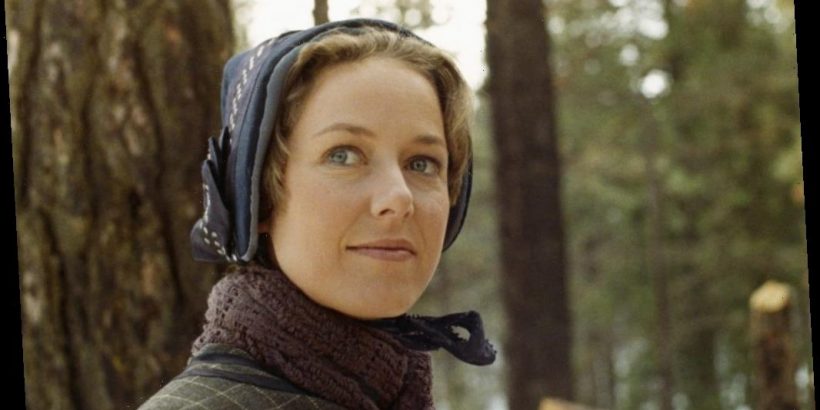 Michael Landon created Little House on the Prairie in 1974 after leaving his hit show Bonanza. Taking on the lead role of Charles Ingalls and serving as executive producer of the show, Landon recruited several actors from the world of theater to join the cast.

Karen Grassle had mostly stage performances to her name when she was given the role of Caroline Ingalls, Charles’ wife. The actor possessed a somewhat academic demeanor, where she thought the historical drama could use some more reality.

Opposites made for good TV on ‘Little House on the Prairie’

“When I started working with Karen Grassle, I felt like a bumpkin around her,” Stewart shared in her memoir, Little House in the Hollywood Hills: A Bad Girl’s Guide to Becoming Miss Beadle, Mary X, and Me,. “She had earned not one but two degrees at U.C. Berkeley… in English and Dramatic Arts… She had also done a broad range of theater from Shakespeare, both in the U.S. and in England to a stint on Broadway.”

“She and Mike always had excellent chemistry on screen,” Stewart said of the two. “Unfortunately in real life, Karen and Mike didn’t always get along. He would tease her without mercy for being serious-minded, and I think she got tired of not only his joking around, but of the easy-breezy approach he took to acting in general.”

The series was based on the books by Laura Ingalls Wilder, which gave a vivid glimpse of life as a Midwestern farming family in the 1870s. While Little House often depicted serious themes to reflect the time period, such as frequent health issues and severe financial calamities, Grassle thought the show needed a more realistic approach.

“Karen — and she’s talked about this publicly as well — thought the show was a bit too lightweight in its exploration of themes such as family, marriage relationships, the harshness of prairie life, and so on,” Stewart explained. “She wanted the show to be grittier.”

While Grassle would later come to accept Landon’s vision for the show, she grew frustrated at times for storylines that struck her as make-believe playtime.

“As she said once in an interview, adding that at one point she felt like the show was ‘Let’s Pretend on the Prairie,’” Stewart remarked. “She says she’s come to see it differently with time, but it’s a legitimate point and gets to a tension that exists any time you produce a show intended for a very broad audience.”

Charlotte Stewart praised Michael Landon for ‘his ability to create’

Decisions regarding the content on Little House were ultimately up to Landon, and he was confident in the messages he was creating on the show.

“Ultimately Karen — and everyone else — knew that it was Mike’s show, and he would produce it the way he wanted to,” Stewart commented. “I think everyone in the cast agrees today that he worked some magic in terms of touching a lot of hearts. Something we did not always see at the time, and really wouldn’t know until years, and in some cases, decades later.”

Stewart clearly held Landon in high esteem, even if she didn’t always agree with every creative decision he made.

“I admired him for so many attributes,” the Little House alum wrote. “His ability to create, shape, and execute a story that millions of people could relate to. His gift for creating moments on screen that — even if they crossed the line into pure fantasy — rang true and made emotional sense.”