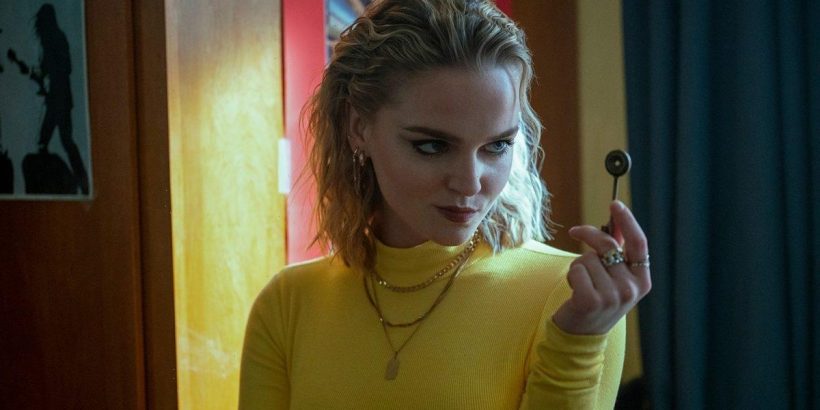 The Locke family may have defeated their demons, but their troubles are far from over. Netflix’s action-packed Locke & Key Season 2 followed Kinsey, Tyler, and Bode Locke as they formed new alliances and forged new keys in order to bring an end to the evil Dodge and her alter-ego, Gabe. Of course, with Locke & Key Season 3 already on the way, the finale left several questions unanswered. Here’s what fans need to know when the Lockes head into their next adventure.

The Lockes faced a race against time in season 2 with Tyler’s (Connor Jessup) 18th birthday approaching. Adults couldn’t remember the magic, which meant Tyler would lose all the fun memories he had with his younger siblings and his girlfriend, Jackie (Genevive Kang). He already began to see the effects of the magic rule with Jackie, who turned 18 in season 2, and the memory loss frightened him.

The Lockes did find the Memory Key, which allowed them to bring Duncan Locke’s (Aaron Ashmore) magic memories back. Tyler planned to use the key on himself and Jackie, but he ultimately changed his mind at the end of season 2. He explained to Kinsey (Emilia Jones) and Bode (Jackson Robert Scott) that he wanted to move on. When viewers last saw Tyler, he headed off on a road trip just days before his birthday.

Tyler will likely be 18 years old when season 3 premieres, which means he won’t remember any of the magic that transpired in season 2. How will that affect his relationship with his family, now that most of the Lockes and their friends are in on the secret? With a new threat on the way, will Tyler be able to help his younger siblings?

Although Kinsey dated Gabe (Griffin Gluck) in Locke & Key Season 2, it quickly became apparent that she still cared deeply for Scot (Petrice Jones). Scot grew increasingly suspicious of Gabe’s true intentions, leaving Kinsey to wonder whom to believe. Things became even more complicated when Scot gained entry to a film school in England and Kinsey admitted she would miss him terribly.

Halfway through the season, Kinsey learned that Gabe was actually Dodge, and she turned to Scot for help. Their romance rekindled, complete with a kiss in the finale.

The kiss might have seemed like an obvious indication that Kinsey and Scot would start a relationship, but there’s one problem: he still planned to go to England. Will the two try long distance in season 3? Kinsey might need Scot’s help again as new demons take over Matheson, especially with Tyler out of the loop.

What evil will Frederick Gideon bring to Matheson?

Locke & Key Season 2 brought a new baddie to town: Frederick Gideon. Through a series of time jumps, viewers learned that Gideon was a Revolutionary War captain with a violent nature. In the 1700s, he led a group of soldiers into the sea caves, where they discovered the Black Door portal to the demon world. After seeing a Whispering Iron infect a soldier with a demon, Gideon purposely let an iron hit him to bring evil to the human world.

The season continued to emphasize how sinister Gideon was until the finale when Eden (Hallea Jones) brought him back as an Echo. He killed her without a second thought and headed off to wreak havoc. What does he have planned?

According to showrunners Carlton Cruse and Meredith Averill, Gideon is much more dangerous than Dodge. That’s bad news for the Locke kids.

“It’s a lot of havoc,” Cuse told Decider. “I would say it’s like an eight on the havoc scale, possibly even a 10 by the end of the season.”