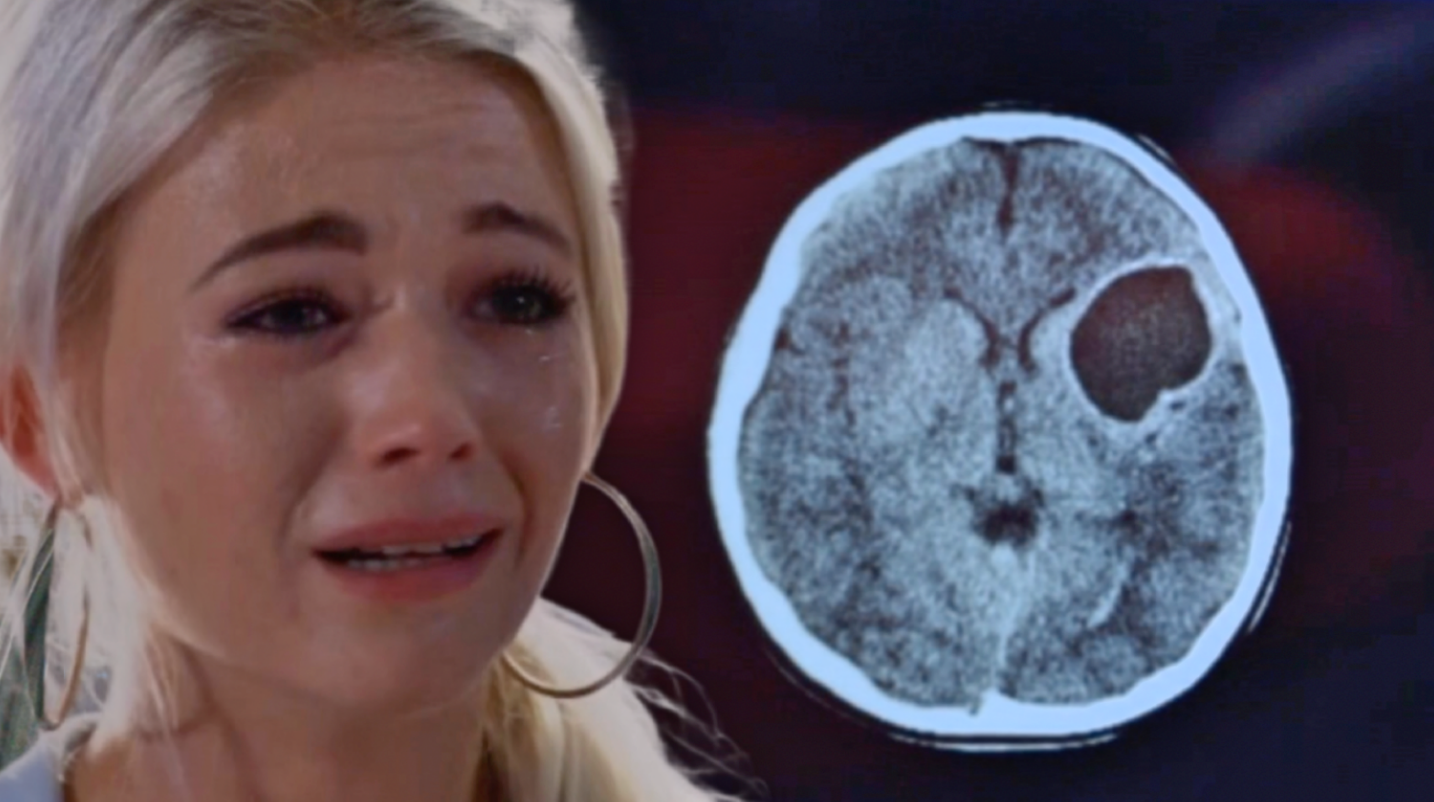 Lola Pearce (Danielle Harold) was left heartbroken in EastEnders when the doctor informed her that not only does she have a brain tumour, but that there is a possibility it may be cancerous.

The popular character was admitted to hospital after she fainted earlier this week and suffered a terrifying seizure.

Jay Brown (Jamie Borthwick) grew concerned about her when she didn’t return in time for Lexi’s (Isabella Brown) performance at the pageant, and thus he headed for the toilets, where he found her on the floor.

Lola said she was okay, but it was clear that she was evidently shaken in the wake of her seizure, so Ben Mitchell (Max Bowden) called for an ambulance.

She was subsequently taken to hospital, where the doctors performed a CT scan in a bid to find out what was wrong. .

While awaiting news, Jay and Lola discussed their future together and how they’d struggled to envision a life without their other half in it, as they planned a holiday.

But tragedy struck in subsequent scenes, as the consultant arrived and broke the news that Lola’s scan shows a tumour.

‘I’ve seen plenty of cases like this before’, he said, ‘I know it’s difficult to hear, but there is a strong possibility that this tumour is cancer.’

Lola broke down in tears and sought solace in Jay’s arms, as she struggled to process the difficult news.

This is the beginning of a heartbreaking storyline for Lola, that will see her ultimately diagnosed with a brain tumour, before undergoing surgery.

Spoilers for next week reveal that Lola is concerned about the aftereffects of her surgery, as she anxiously waits for the doctors to take her into theatre.

EastEnders continues Wednesday October 26 at 7:30pm on BBC One.