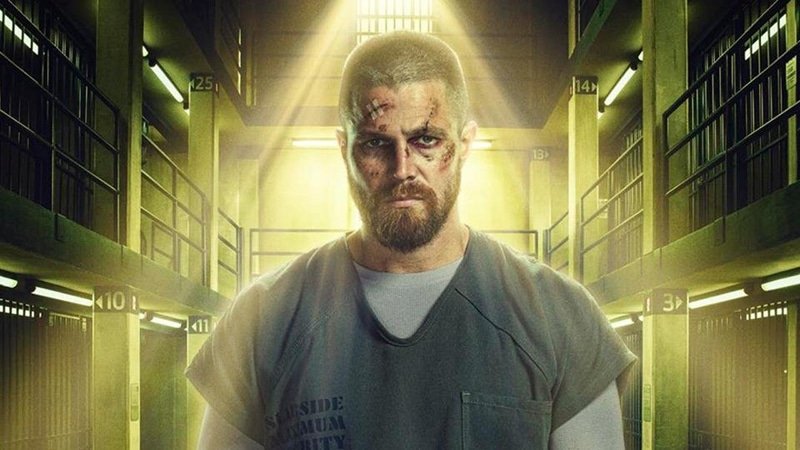 The Arrow season 7 premiere hits tonight and with it comes new villains, but who are the Longbow Hunters, the new Arrow villains, and who plays them?

The new villains in this season of Arrow are obscure characters from DC Comics, but knowing Arrow, it will make sure to make them as dangerous as possible.

Who are the Longbow Hunters from Arrow?

There are two places to look at who the Longbow Hunters from Arrow might be — an ’80s DC Comics miniseries from Mike Grell and a 2014 book in the New 52 era of DC Comics.

This is almost surely the take from the 2014 comics.

In those books, Diaz (also known as Dragon) leads the team. In the comics, the members are Count Vertigo, Clock King, Red Dart, Brick, and Killer Moth. Their sole goal was to finally eliminate the Green Arrow.

On the Arrow TV show, the world knows that Oliver Queen is Arrow and Diaz is alive and wants revenge. Setting up his own group makes sense.

Who are Arrow villains and who plays them?

The San Diego Comic-Con offered the first look at who might be part of the Longbow Hunters that are coming up in Arrow.

Oliver Queen is in prison when this season starts and he sees many of his old enemies there that he helped capture and lock away. This includes Bronze Tiger, Derek Sampson, and Danny Brickwell.

However, on the outside of the prison, Queen’s friends and family are facing the Longbow Hunters and they want to hurt Queen through them.

These include the following characters:

Ricardo Diaz will set the team up to get revenge against Team Arrow. Kirk Acevedo (12 Monkeys) will return to reprise his role. He has been promoted to a season regular role.

Red Dart – A ruthless and precise killer, a world-class mercenary and a born leader played by Holly Elissa (Whistler).

Kodiak – a beast of a man as strong as the bear from which he took his name, played by Michael Jonsson (Van Helsing).

Silencer – a fierce fighter despite her small stature and a master of stealth capable of killing whole buildings full of people while remaining undetected, played by Miranda Edwards (Orphan Black).

Arrow premieres at 9 p.m. EST tonight on The CW.