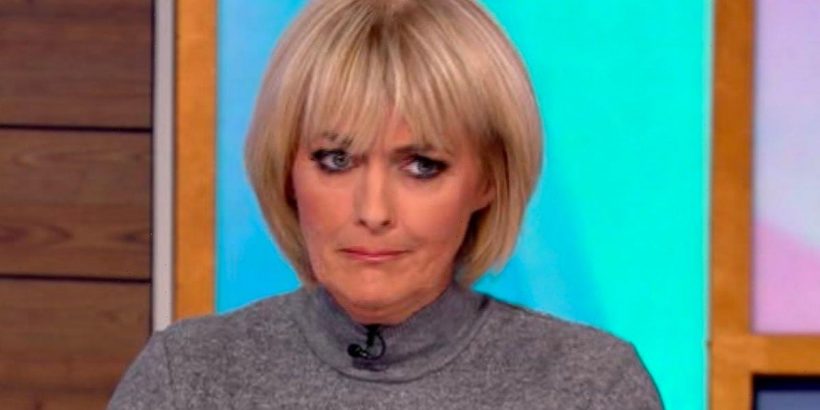 Loose Women anchor Jane Moore cringed after she dropped a swear word while on air.

Speaking with co-hosts Brenda Edwards and Coleen Nolan, Jane accidentally said "a**" while talking about a unique use for haemorrhoid cream.

She said: "A make-up a**e told me….", before correcting herself to "make-up artist".

The studio audience laughed as Jane explained that a makeup artist had recommended that the cream be used for the under-eye area.

In response to her live blunder, Jane quipped: "That's what known as a Freudian slip".

During the segment about unusual products being used for skincare, Brenda stated that she swears by toothpaste for spots and olive oil for keeping her skin smooth and supple.

Coleen revealed how he mother used to slather her face in margarine.

Later in the show, the Loose Women hosts caught up with their co-star Charlene White, who was the first campmate to be evicted from the Australian jungle following her stint on I'm a Celebrity … Get Me Out of Here!

The ITV newscaster shared her experience and revealed what it was like to live with former health secretary Matt Hancock, following his controversial decision to join the reality TV show.

"I was surprised that he'd chosen to do it. It was the impact on the rest of the camp was interesting", Charlene said.

She continued: "People thought the good nature of the camp was going to shatter. I had to spend quite a lot of time with people on the first day reminding them whatever he did outside the camp is different to inside the camp."

"The team grew to trust him and lean on him because he knew how to do a lot of stuff", Charlene revealed.

She also told her Loose Women co-workers the reason why she refused to sleep alongside Matt in the RV when she was camp deputy.

Charlene said: "The RV was a very intimate space. I felt that being in intimate environment with a very high profile MP, I was worried how it would be taken in the future."

"It just didn't sit well with me. I always have to mindful of my main objective as a journalist", she explained.