Loose Women was in full celebration of I’m A Celebrity… Get Me Out of Here! today with three former campmates on the panel.

Janet Street-Porter, Stacey Solomon and Linda Robson all revealed behind-the-scenes secrets from their time in the Australian camp.

Janet, who appeared on the ITV show in 2004, camped in Oz with former royal butler Paul Burrell. 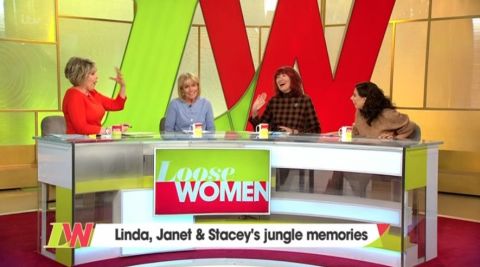 But, discussing her time on the series while on the panel, Janet said that Paul refused to talk about Princess Diana while on the show.

“The producers kept taking me off to the Bush Telegraph and saying, ‘Get him to talk about Diana’,” Janet said.

Stacey, who won the show in 2010, added that when the campmates walk to the Bushtucker Trials, there are “SAS people ahead of you to clear the ground”.

“That water you have to drink is disgusting because you have to burn it on the fire, and it tastes like fire,” Stacey added. “It doesn’t taste of water.”

This year’s line-up for the ITV reality TV show sees 10 new stars jetting to Australia to live in the jungle for a few weeks. 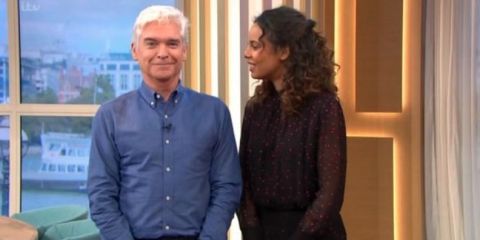 I’m a Celebrity… Get Me Out of Here! premieres on Sunday, November 18 on ITV.