The TV stars teamed up with Sara Cox to encourage others to hold their very own liquid lunch and help raise money for youngsters on the streets. To inspire people, Lorraine, Richard and Sara created their own signature “Big Broth”, along with the help of chef’s Aldo Zilli and Saturday Kitchen’s Ching-He Huang.

Along with the charity, the stars hope to inspire their fans to take part in the big day which takes place on November 2.

Speaking to The Sun Online, Grand Tour star Richard explained: “I’ve been working on my chef skills to support the Centrepoint UK initiative The Big Broth – who would have thought it?

“It’s pretty easy after all, give it a go and get involved!” 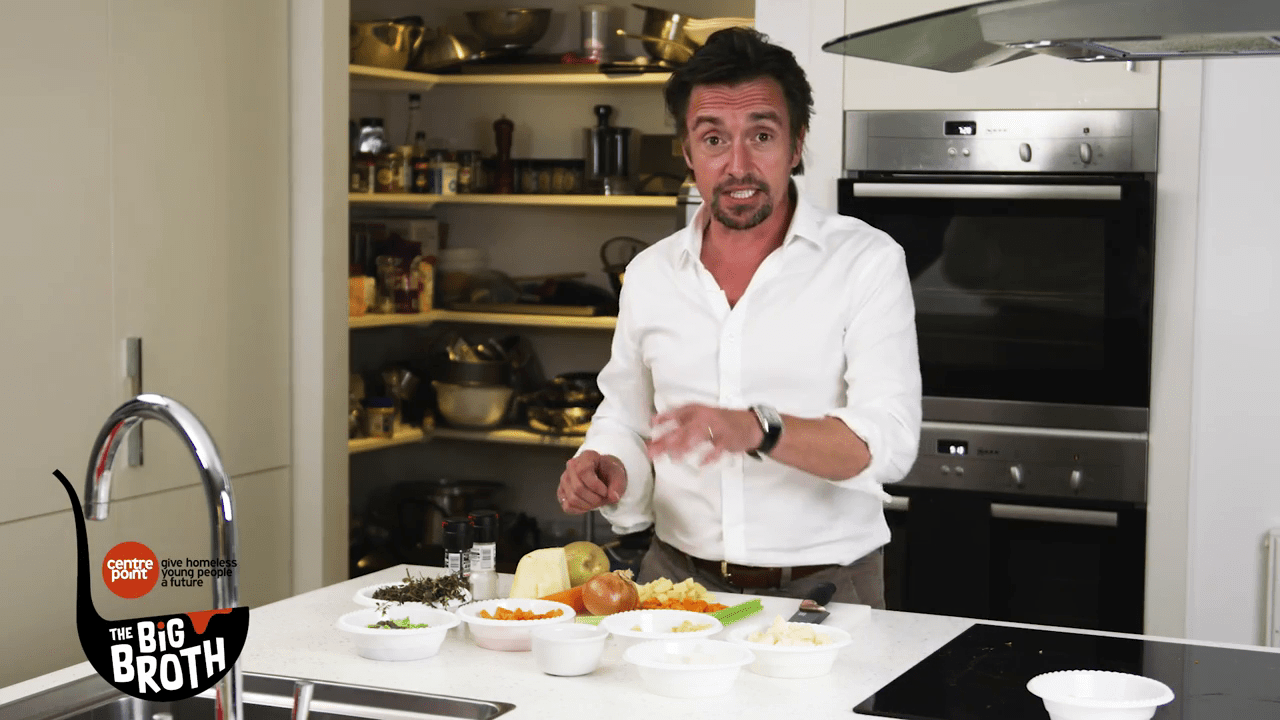 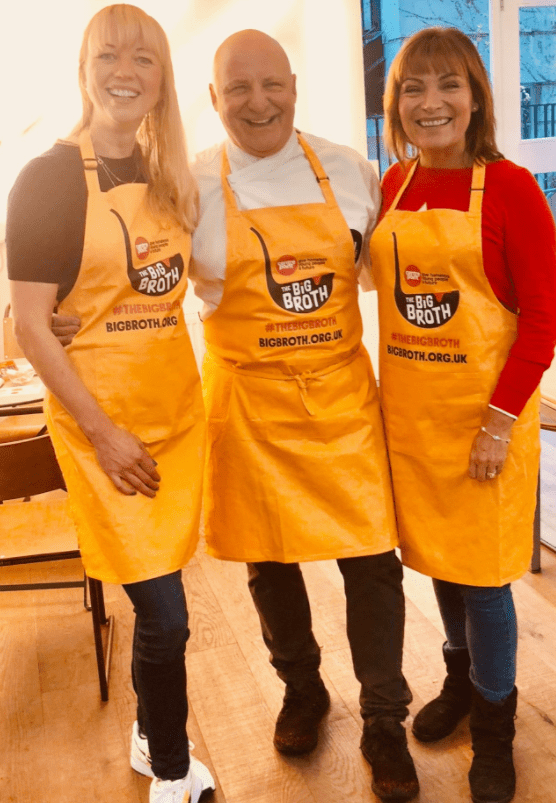 The stars launched campaign this week, with Lorraine and Richard both serving at Centrepoint’s pop-up kitchen in London’s soho.

Along with the help of local chefs, they cooked up and dished out their own recipes to the public to help raise much needed funds.

Today, children’s TV star Angelica Bell will be working at the pop-up restaurant alongside Aldo, who’s working as the Maitre D’.

For more information about how you can get involved and raise money, click here.