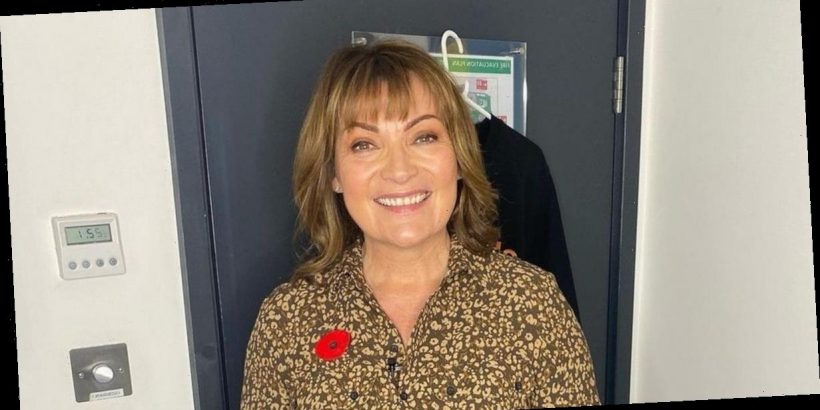 Lorraine Kelly has responded to claims she accidentally announced the sex of Laura Whitmore's baby during Thursday's episode of her ITV show.

Viewers were convinced the Scottish TV host, 60, had let slip the sex of the Love Island star's baby during the interview.

She had been speaking to Laura about her new book No One Can Change Your Life Except For You when she appeared to make the gaffe.

Lorraine mentioned that Laura's book included advice that the media personality would want to pass on to her "baby girl".

Fans went into meltdown on Twitter as they thought the host had revealed the news, as one tweeted: "Oppps!! Baby girl for Laura!"

While another wrote: "I'll be thinking about Laura's face when Lorraine accidentally revealed her baby gender for the rest of the day now".

"Did #lorraine just tell everyone what Laura Whitmore's baby is gonna be?", penned a third.

However, the host has since defended herself after the television moment.

Lorraine took to Twitter to explain that she hadn't actually exposed the baby's sex.

After fans suggested that Lorraine had shared Laura and Iain's baby news, the host clarified that Laura mentions her "baby girl" in the book herself.

She tweeted: "Only because Laura writes in her book about her baby girl but I'm not sure they know!"

In an excerpt in the Irish Independent, Laura writes: "As I finish this book, I've learned that it doesn't end at chapter nine.

"There's a new chapter coming into my life, in the form of a baby girl currently growing inside me – and that scares the s*** out of me."

Laura is expecting her first baby with her husband and Love Island colleague Iain Stirling.

The couple tied the knot in November last year in Dublin and took to Instagram to share their stunning wedding snaps.

Laura and Iain revealed last month that they are expecting their first child as they shared a photograph of a Guns N Roses babygro on social media.

Love Island host Laura wrote: "I want to now share good news as it’s our news to share – and I’m gonna be honest it’s starting to look like my lock down beer belly is out of control.

"Especially the times when I’ve had to run out of live radio to get sick in a bin or my penchant for a bowl of mashed potato in the morning."