Love Island 2019 last night (Tuesday, June 11) had viewers cringing after Michael Griffith’s attempts to get a kiss from Amber Gill went down in flames. ITV 2 viewers also saw a love square continue to develop between Tommy Fury, Molly-Mae Hague, Danny Williams and Anton Danyluk. Love Island fans can read on for a full recap of the events of last night’s edition of the dating series.

The June 11 episode of Love Island saw the first couple to go exclusive after they got to spend the night in the hideaway.

Curtis Pritchard and Amy Hart took their relationship to the next level and started calling each other “half-girlfriend and boyfriend.”

They may have also taken their relationship to a new physical level in the hideaway if the night vision footage was anything to go by – though later talking to the boys Curtis said it was “totally PG”.

This was not the only action for Curtis last night after he helped Tommy with his back problems with a massage.

WILL SHERIF BE REPLACED ON LOVE ISLAND? 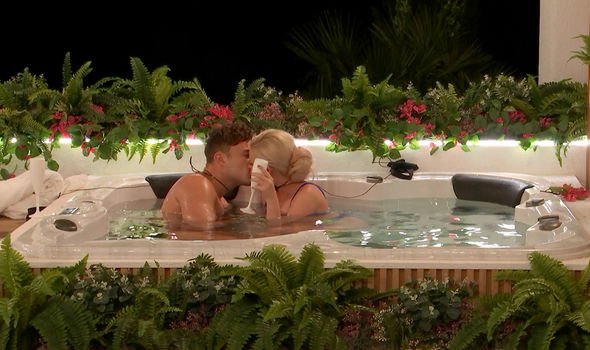 Another couple who reached a new milestone was Michael and Amber, who kissed on their second attempt.

The first go at their first smooch, however, was an embarrassment for all involved after Amber chickened out over her “Coke breath” and got the giggles.

However, they later locked lips after Amber was able to track down some mouthwash.

Lucie Donlan and Joe Garrett were also making waves last night as their relationship recovered from its shaky start.

WHEN IS THE NEXT RECOUPLING ON LOVE ISLAND 2019? 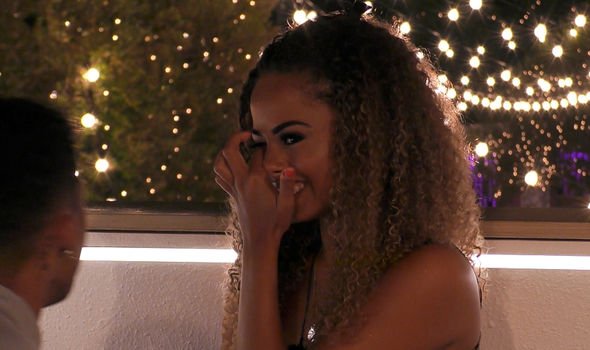 The pair went on a paddleboard date and talked about Joe’s questionable behaviour after Tommy chose her to couple up with.

Joe said: “Obviously, we had a bit of a rocky start, but I’m super happy with where we are at.”

Lucie added: “It’s kind of a good thing that it happened. It showed that we can deal with stuff like that and maybe it’s made us a bit stronger?”

Aside from these couples, Love Island last night was full of couple confusion.

HOW TO WATCH LOVE ISLAND 2019 IN THE USA 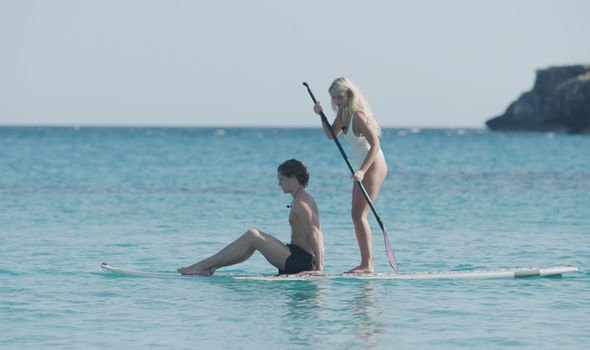 Danny, the only single boy in the villa, is still struggling with his choice between Yewande Biala and Molly-Mae, who Tommy and Anton also have their eyes on.

However, a girl is now single in the Love Island 2019 villa.

After Sherif was kicked off the show for an unspecified rule break, Anna Vakili is now single.