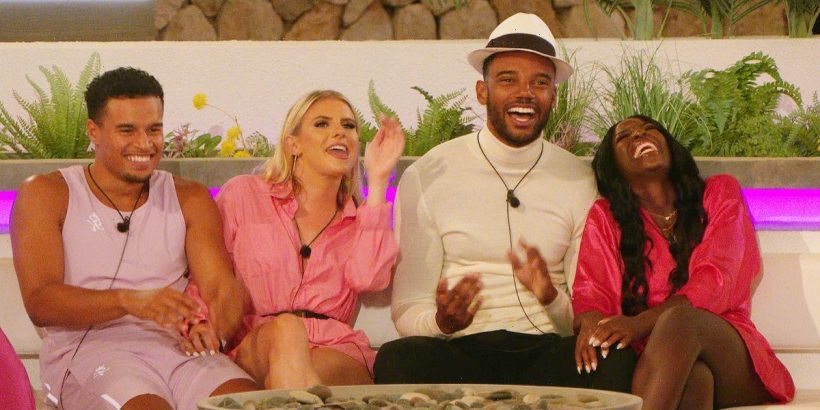 Love Island has been revealed as the second most watch programme on TV, after bosses were reportedly worried about falling viewer figures.

It comes after viewing figures plummeted based on previous years, with the show's launch night only accumulating 2.47million viewers.

That's compared to 3.3million viewers for the series premier of the 2019 series, and 2.5million for the winter edition in 2020. The show has had some stiff competition this year, as it has had to compete with the Euros 2020, and Wimbledon matches.

However, audience figures have been looking a lot healthier in recent weeks; though live viewing figures dropped, the reality series became the most-watched digital channel show of the year for people aged 16-34.

It also set a new record for ITVHub, with 3.3million people tuning in to view the inaugural episode on demand streaming services.

Some fans worried from the show's launch that it was "drier" than previous series, with less drama – but with the introduction of Casa Amor and its resident bombshells, tensions were ramped up considerably.

And, as the show approaches the final on August 23, there are only a few couples left in the running for the £50,000 prize pot, after Priya and Brett were evicted from the villa on Monday night. It comes after a shock vote revealed Liberty and Jake, Faye and Teddy, and Mary and Aaron were left vulnerable to the public vote along with Brett and Priya.

Each couple was forced to vote for the two other couples they felt were least compatible – and leaving Faye furious that they managed to wrack up three votes.

There's been plenty of other drama, including Liam straying from Millie with Casa Amor bombshell Lillie, but returning to the villa single to patch up his relationship with Millie.

And Toby has also caused a stir in the villa, after changing up his relationships plenty of times, leaving Chloe in the lurch.

It just remains to be seen which couple will rise to victory during the series finale.

Love Island continues on ITV2 and ITVHub from 9pm each night.