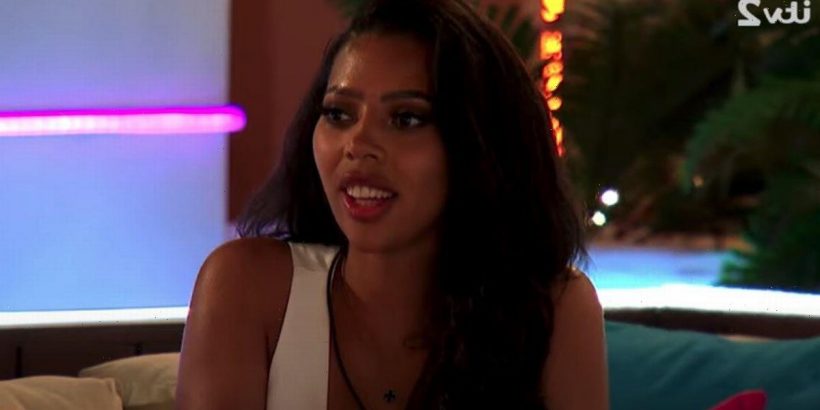 Wearing her wavy brunette locks loose around her shoulders, the reality TV beauty also showed off a classic Chanel brooch on her lapel.

The brooch was made in the designer's traditional style – two Cs mirroring each other, and appeared to be glistening with diamonds.

But while some fans were thrilled with the fashion spot, others were left puzzled.

This year, Love Island bosses made the decision to put their islanders in preloved clothes, and signed a partnership with eBay for the outfits.

Former islanders shared their support for the decision, and were pleased contestants could finally have more autonomy to wear their own style rather than a wave of ultra-similar outfits from fast fashion brands such as Boohoo.

"Lolll #LoveIsland being all 'we're going all sustainable this series with eBay' then dressing Amber in a Nadine Merabi jumpsuit last night, and a Chanel brooch tonight," one person tweeted.

Amber has been growing closer to her partner Dami Hope in the villa over the last two days.

After a slow start between the pair, Irish hunk Dami won over the nanny and they both realised they shared plenty in common.

As the duo continued to giggle away and get to know each other, Dami finally went in for a smooch with Amber.

Unfortunately, some viewers were left cringing by the scenes on-screen as one person tweeted: "Deffo shipping dami and amber but WHAT was that KISS #LoveIsland."

"#LoveIsland dami and amber are so cute but that was TOO much tongue," another person commented.

Love Island airs at 9pm on ITV2 and ITV Hub

For the latest Love Island gossip and spoilers, make sure to sign up to OK!'s daily celebrity newsletter and Factor 50 – your one stop for all the latest villa news.