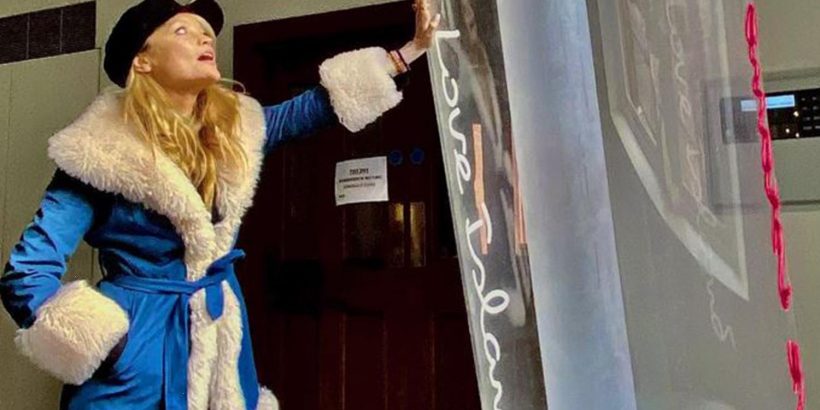 LOVE Island fans have been left convinced show host Laura Whitmore is hinting there is a winter series of the dating show on the way.

The television presenter could be seen posing alongside a giant version of the iconic show water bottle in an Instagram snap. 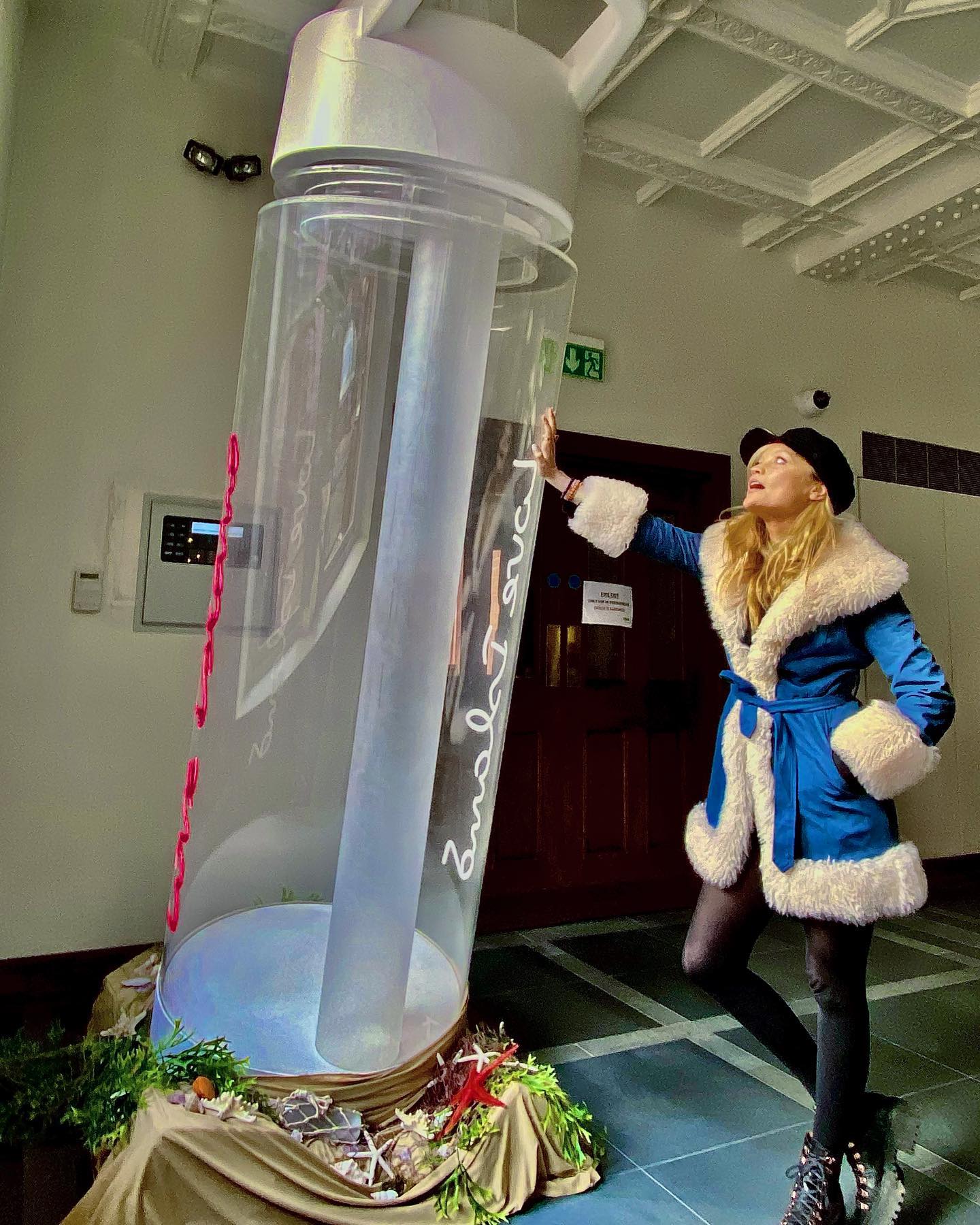 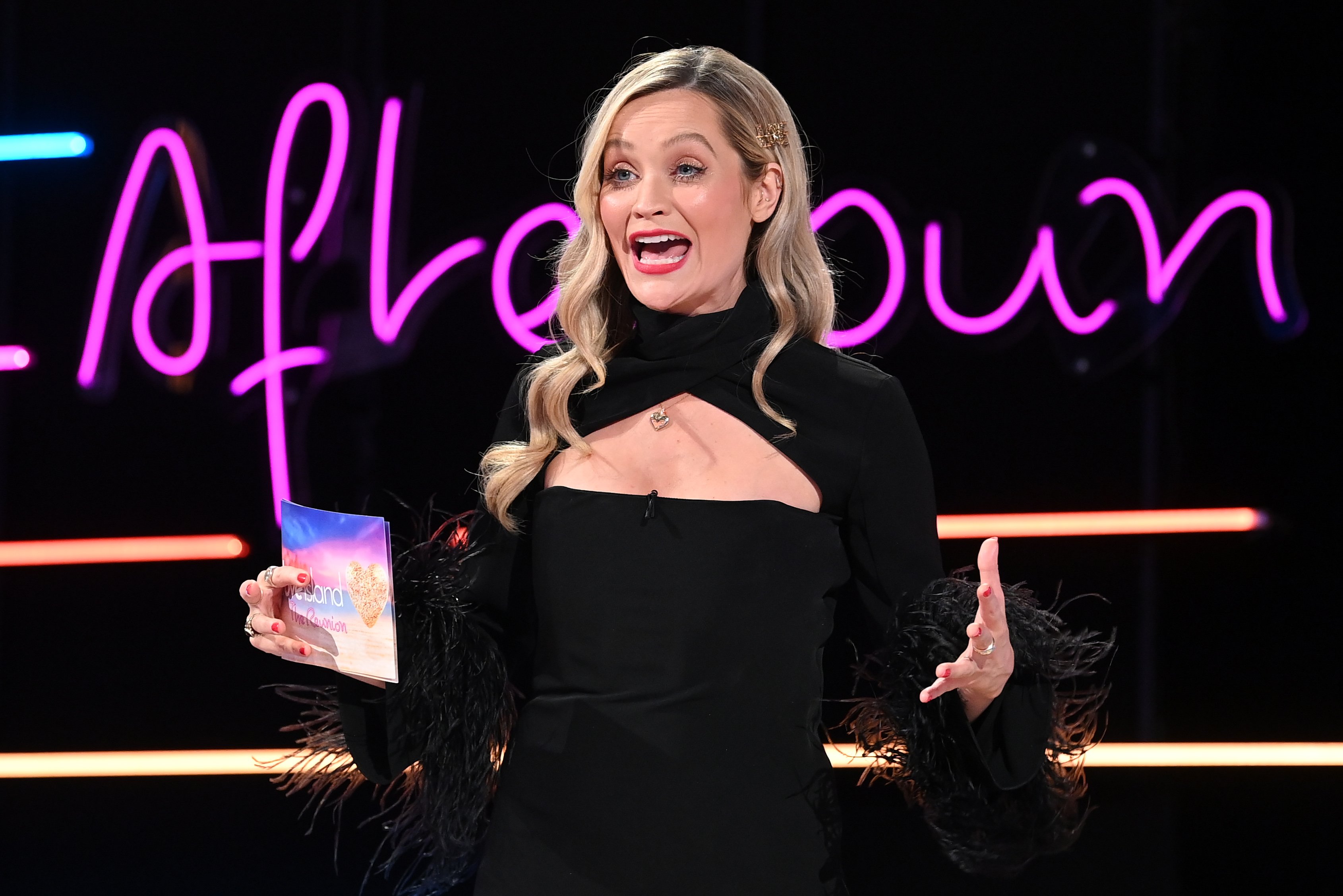 Laura, 36, placed a hand on the giant water bottle as she looked up at it lovingly, jokingly asking her following if they were "thirsty".

Dressed in a short blue fur-lined coat, black tight and black boots, as she tagged her location at ITV's Waterhouse Square studio in London.

Fans were convinced the glamorous star was hinting at a new series of the ITV2 dating show with the upload, posted on Wednesday.

"Love Island Winter UK 2022?" one fan asked, as a second chimed in to ask: "Winter Love Island on the way?"

"In dire need of a new Love Island, I keep rewatching episodes," a third said, as a fourth speculated: "Is this a hint? Winter Love Island?"

Laura then quickly limited the comments section by preventing more Love Island fans from speculating when the next series was being filmed.

The hit show has only featured one winter series, back in 2020, which was filmed Cape Town, South Africa rather than the villa in Majorca that ITV2 fans recognise.

Paige Turley and her partner Finley Tapp were crowned winners of the spin-off show – with the winter edition not picked up for a follow-up.

Last year, fans tipped that Laura Whitmore could be replaced by a new host following a luke-warm reaction over her hosting.

The Irish presenter, 36, has had a varied response since taking over from Caroline Flack and sparked anger among viewers for her line of questioning during the "awkward" reunion show.

Last week we revealed that ITV bosses are looking at names to take her place and according to the bookies there are already two front runners.

Paddy Power is offering 8/1 odds for Maya Jama to take over and 12/1 for Emily Atack to fill her shoes.

A spokesperson from Irish bookmakers Paddy Power said: “It’s clear for all to see that Laura isn’t feeling the love from viewers following waves of complaints about Love Island: The Reunion.

“Could Laura become the hostess with the most-est amounts of complaints since Piers Morgan? It certainly seems like there could be another storm brewing in the ITV offices and it could only be a matter of time before Laura Whitmore becomes Laura No-More.”

Laura faced backlash as the "boring" programme which was heavily criticised by viewers for a multitude of reasons.

Many claimed that it was "awkward" to watch, while others were outraged that Kaz and Tyler were the only finalists not invited onto the sofa for an interview – instead speaking from their spot in the audience.

In addition, Laura was accused of being a "hypocrite" and "disrespectful" for quizzing Lillie on rumours about her and footballer Jack Grealish – and unimpressed fans begged for the host to be replaced next year.

A spokesman for ITV said: “Laura has done a fantastic job at the helm of the show this year and no discussions have yet taken place with regard to the next series.”