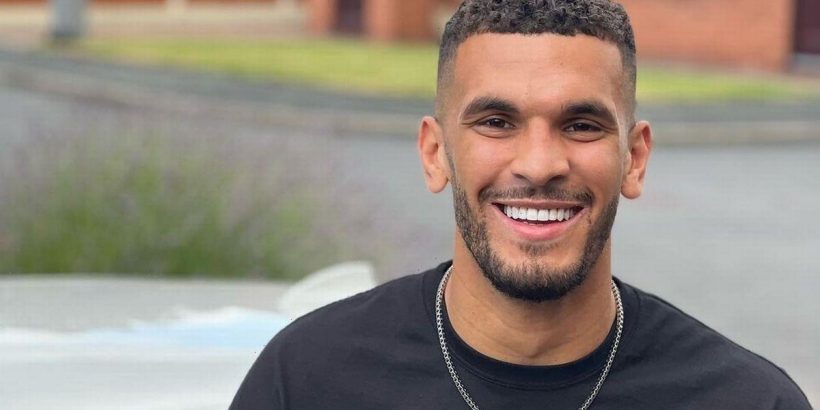 Love Island 's Kai Fagan's mate 'predicted' he was going on the show well before his TV stint.

Looking back on the teacher's Instagram, one of his pals left a comment 24 weeks ago on a photo of his.

Under a snap of Kai, his friend wrote: "Love island eat your heart out…"

This could have been a coincidence or his mate could have been hoping Kai was successful in his interview stages – which are supposed to be kept secrets from friends and loved ones.

In the pic, Kai could be seen standing on a housing estate showing off a beaming smile.

Other comments hinted at the fact he could be showing on his newly-vamped teeth.

A second added: "Check out them Gnashers."

While a third penned: "Something looks different since I last saw you…"

This comes after Love Island fans were left horrified while watching Unseen Bits on Saturday (January 21).

As Tanyel Revan admitted to a disgusting habit to Kai – who she was coupled up with at the time.

Tanyel asked Kai if he ever pees in the pool, to which he said: "I'm not answering that question," before adding: "I don't really go swimming, but when I'm on holiday, do I ever p*** in the pool?"

But Tanyel soon confessed to a disgusting habit and admitted: "I always p*** in the pool. It's just too long to go the bathroom."

Kai then joked: "I'm not standing next to you then."

Fans then flocked to social media to comment on the cringe-worthy confession.

"Tanyel p****s in the pool, disgusting," tweeted a third.

A fourth posted: "Ew, Tanyel babe, why would you say that?"

In more recent episodes, Kai has now been coupled with Welsh lass Anna-May Robey and Tanyel is now sharing a bed with Ron Hall.

Love Island airs nightly on ITV2 and ITVX at 9pm