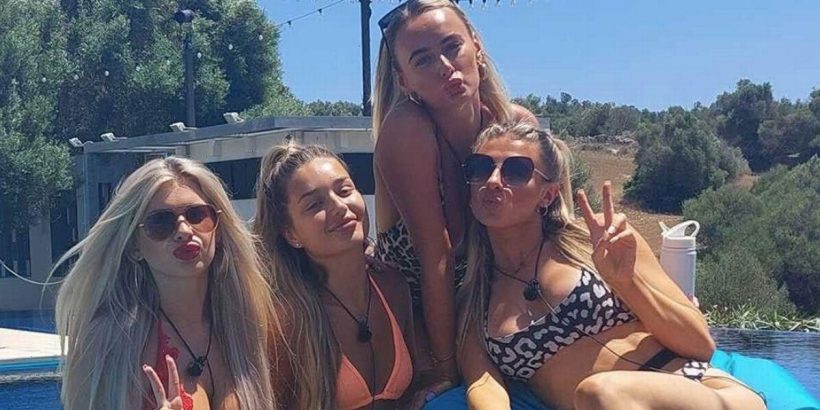 Fans are desperate to know which girl is getting dumped from the island during the latest instalment – which will depict the dramatic events of Saturday night and most of Sunday in the villa.

Presenter Laura Whitmore shared a couple of exclusives that took place over the course of Aftersun, with two clips detailing events of the day of the Euro 2020 final.

As a result, it’s clear which girls live to romance for another day and which could be at risk.

In the first clip, Chloe Burrows, 25, could be seen getting a text with the news that the islanders were being allowed to watch the football match that evening.

And in the second clip, which showed a group of tense islanders watching the moment England lost in the penalties to Italy, Millie Court, Lucinda Strafford and Liberty Poole were in shot.

While fans can breathe a sigh of relief that four of the girls are safe ahead of the nail biting recoupling this evening, the strategic videos were also a very clever move by ITV.

Birmingham-beauty Liberty, 21, is half of one of the strongest couples in the villa, so it stands to reason Jake Cornish will pick her.

Millie and Lucinda have been almost exclusively getting to know Liam Reardon and Brad McClelland since their dramatic entrance into the villa.

And things seem to be going very well for Chloe and footballer Toby Aromolaran, 22, as viewers will remember from their steamy night outside on the daybeds.

But the worry lies with Rachel Finni, 29, Kaz Kamwi, 26, Sharon Gaffka, 25, and Faye Winter, 26, during the next recoupling episode, as there’s only so many other boys left.

With the lads being in charge, currently single PE teacher Hugo Hammond, 24, is already safe, so he could potentially choose his closest friend out of the remaining girls.

And Teddy Soares needs to make his move and couple up with one of the others.

Find out more about the latest Love Island gossip with the OK! newsletter in your inbox every day.

Aaron could also potentially recouple with Sharon, as despite their waning chemistry neither has found a brighter spark yet.

If that’s the case, the unlucky lady leaving the villa next could be either Faye, Rachel, or blogger Kaz.

Love Island continues tonight at 10pm on ITV2 and ITV Hub. Episodes are available the following morning on BritBox